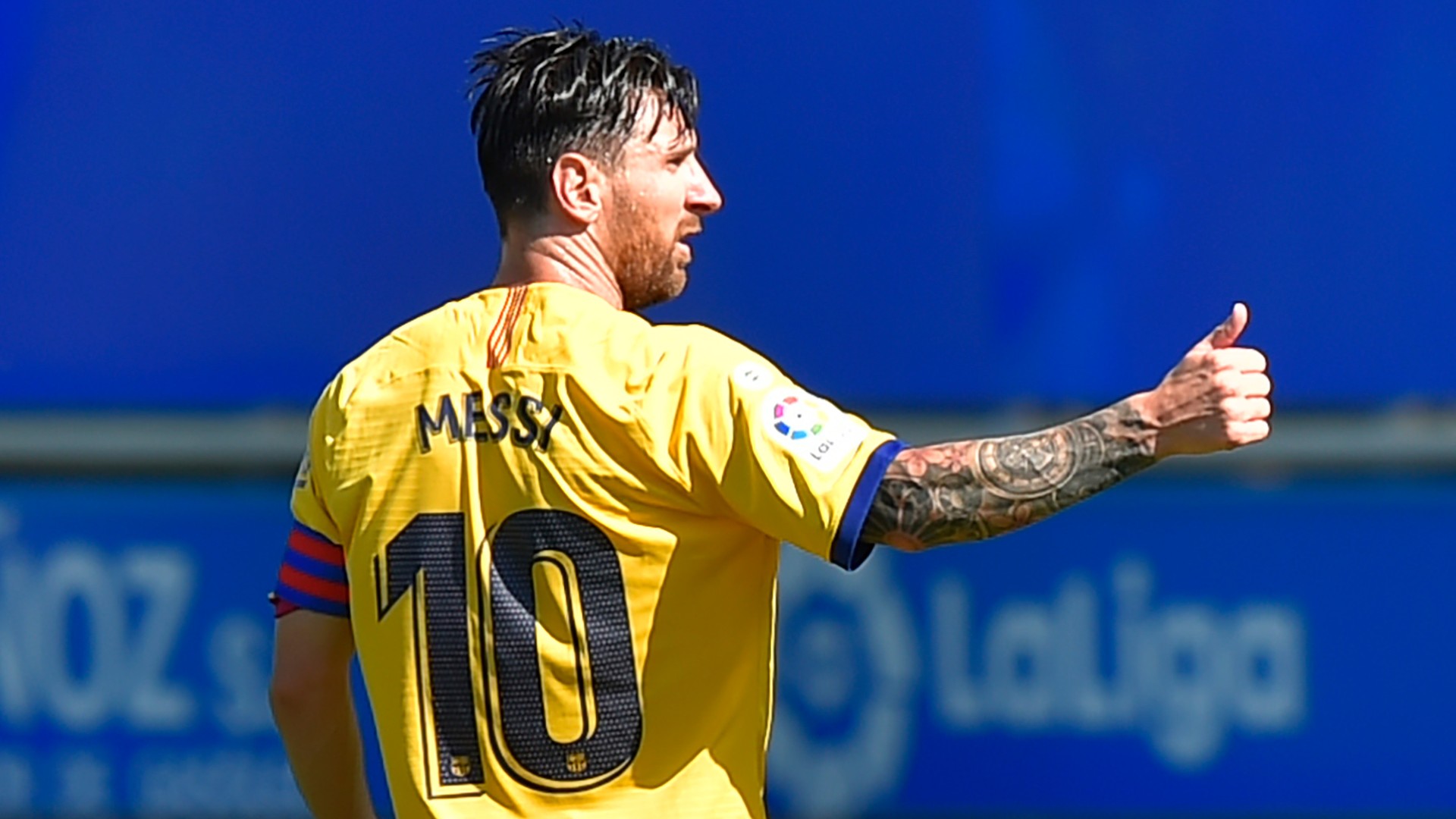 Lionel Messi has set a new record for most assists in La Liga in a single season, surpassing former Barcelona team-mate Xavi in the process.

The Barcelona forward played the ball into the box for 17-year-old winger Ansu Fati to knock in for the opening goal against Deportivo Alaves on Sunday.

The assist was Messi's 21st in the league this term, breaking the record his former team-mate Xavi set in 2008-09.

Messi matched Xavi's figure in last week's 1-0 victory against Real Valladolid, when he became the Spanish top-flight's first player to register 20 goals and 20 assists in a single campaign.

Just 10 minutes after setting up Fati, Messi scored a goal of his own when he ran onto a pass from Riqui Puig before knocking past Alaves goalkeeper Roberto to double the Catalan side's lead.

The Argentina international struck again in the second-half as his side went 5-0 up, taking his tally to 25 goals in La Liga this season, stretching his lead over Real Madrid striker Karim Benzema to five goals..

Messi then claimed the Pichichi Trophy, given to the league's top scorer, for the seventh time in his career when the France international failed to make up the difference in Madrid's final game of the season at Leganes on Sunday.

Barcelona extended their lead against Alaves to 3-0 when Luis Suarez struck just before half-time and Nelson Semedo added another 12 minutes into the second half.

Quique Setien's team had already been confirmed runners-up, as they lost 2-1 to Osasuna at home on Thursday while  Madrid sealed the league title on Thursday with a 2-1 win over Villarreal  to move seven points ahead of their fierce rivals.

After Sunday's encounter, Barca will turn their attention to the Champions League campaign ahead of its return in August.

The Camp Nou outfit will face Napoli on August 8 in the second leg of their last-16 tie, having drawn 1-1 in the first leg in February before the competition was suspended because of the coronavirus.

And Messi warned in midweek that his side must step up their game if they are to have a chance of reaching the quarter-finals to face either Chelsea or Bayern Munich.

"We have to be self-critical," he said after the match against Osasuna.

"Starting with the players but doing a global self-criticism. We are Barca and we have to win everything.

"We can't look at Madrid…Madrid have done their job, but we have helped them a lot.

"If we want to win the Champions League, we have to change a lot. If we continue like this, we will lose the game against Napoli."