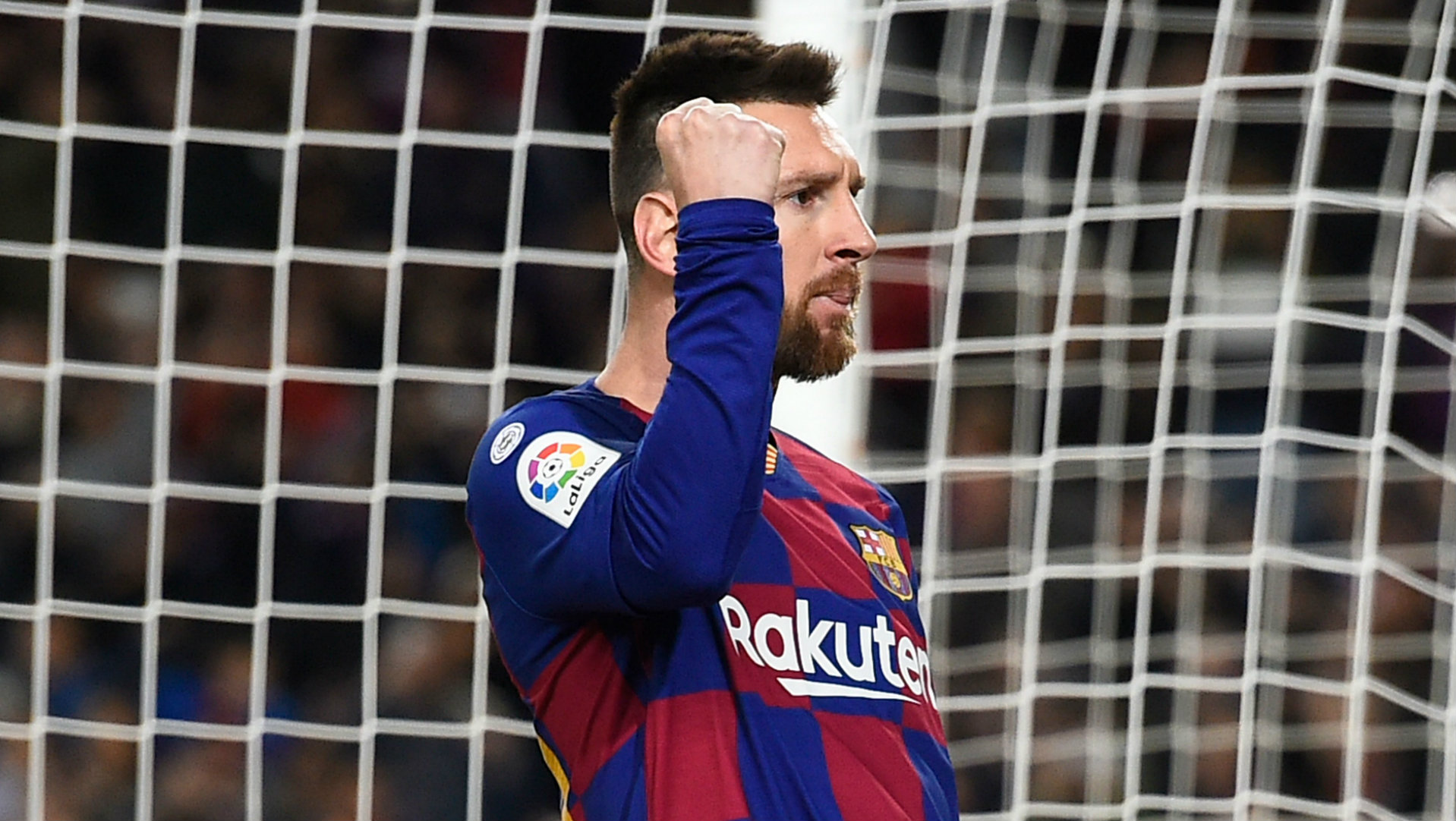 The Argentine superstar scored a 34th treble in the Spanish top flight, in a game that restored his team to the top of the table

Lionel Messi scored two trademark free kicks and a cool penalty in a hat-trick that saw the Barcelona man draw alongside a long-time rival in the La Liga standings.

When he scored his third just after half time in the Catalan club’s game with Celta Vigo, it marked his 34th treble in the Primera Division for the Blaugrana.

He is now level with Cristiano Ronaldo for the most hat-tricks in the Spanish top-flight, and, as the former Real Madrid man has moved on to Juventus in Italy, will hope to take sole possession of the record sooner rather than later.

Messi scored his, and the game’s, first from the spot midway through the first half after a handball from a Junior Firpo cross gave him the opportunity.

Celta struck back 20 minutes later when Lucas Olaza curled home a dead ball from 25 yards, despite a valiant attempt at a save by Marc-Andre Ter Stegen. Messi had conceded the free kick and saw himself booked for the transgression.

Almost immediately a foul by Fran Beltran at the other end gave Messi an opportunity to make amends. He accepted the offer gleefully, crashing home to secure a first half brace.

Soon after the resumption he was given another option with the same result, which saw him equal the record of his great rival, Ronaldo.

Messi had already surpassed the Portugal internationals club goals tally, when scoring his 608th for Barcelona on October 29. Ronaldo had 606 in spells with Sporting, Manchester United, Real and Juve at the time, but scored one the next day to move to 607.

Messi has added four to his tally since then, including today’s hat-trick, while Ronaldo has not found the back of the net.

The icing on the cake for Barca came when Sergio Busquets scored their fourth with five minutes remaining.

The defensive midfielder hadn’t scored in over two years, and his goal was the club’s first from open play since the 5-1 win over Valladolid on October 29.

They had only scored via a Messi penalty in a La Liga defeat to Levante, and were held scoreless by Slavia Prague in the Champions League in midweek.

The win takes them back to the top of the table ahead of Real on goal difference.