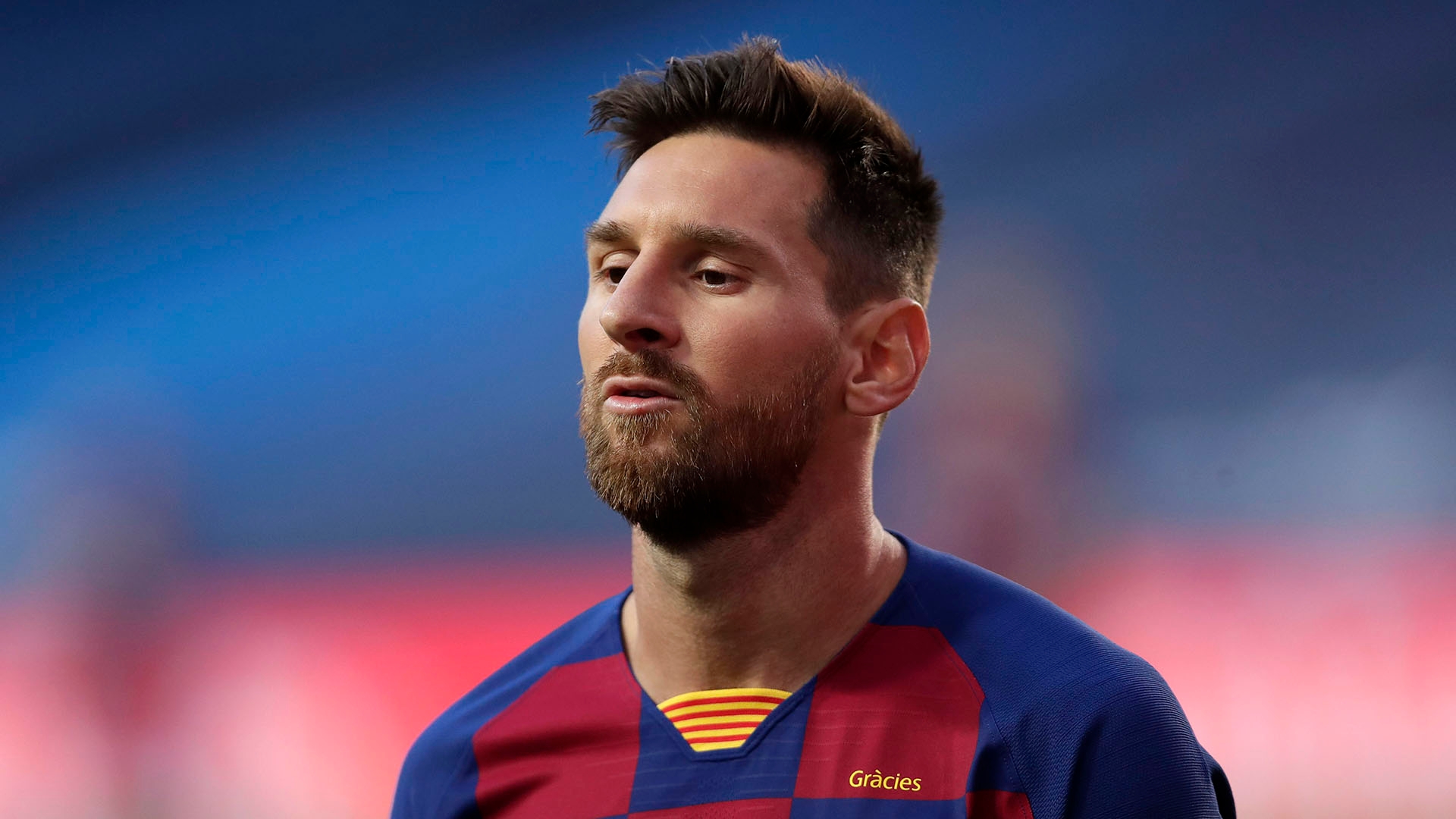 The 33-year-old has spent his entire career at Camp Nou, winning the Ballon d'Or on six occasions - but now looks set to leave

Lionel Messi has demanded to leave Barcelona by activating a clause in his contract that would allow him to leave on a free transfer.

The 33-year-old has sent a fax to Barcelona communicating his intention to leave behind the club he's played at for 20 years.

Although his contract is set to expire at the end of the 2020-21 season, Messi and his legal team believe the clause will allow him to terminate his deal unilaterally.

Rumours of Messi's unhappiness have been swirling since Bayern Munich humiliated Barcelona 8-2 in the Champions League quarter-final earlier in August, ending a season that saw the club fail to win any trophies.

Following that match, a source tells Goal they had never seen Messi so dejected and frustrated, which the Argentine immediately communicated to several club executives.

In the aftermath of the Bayern defeat, Barcelona sacked head coach Quique Setien as well as technical manager Eric Abidal.

They subsequently hired Ronald Koeman to replace Setien, with the Dutchman expressing his desire to keep the Argentine star at Camp Nou.

Messi cut his vacation short to meet with Koeman last week, telling the Dutchman in their meeting that he no longer believed in the club's project.

Though many at Barca hoped Messi's frustration would cool with time after the Bayern defeat, his decision to leave had already been made and communicated with friends and family members.

Barcelona president Josep Maria Bartomeu has previously insisted that Messi will end his career at Camp Nou as his own future continues to be questioned.

Bartomeu has moved Barca's presidential elections forward to March as he looks to keep hold of a position that would become even more precarious if he is to oversee Messi's departure.

With his desire to leave confirmed, attention will turn to Messi's potential next destination, with very few clubs likely able to afford the Argentine's wages.

Inter, Paris Saint-Germain and Manchester City have been mooted as possible landing spots, and a move to Major League Soccer or the Chinese Super League has also been discussed.

Messi has established himself as one of football's all-time greatest players after initially making the breakthrough with Barcelona in 2004.

He has won La Liga on 10 occasions and lifted the Champions League four times - though Barca have been shut out from European club football's biggest prize since the 2014-15 season.

On an individual level, Messi has won the Ballon d'Or a record six times, including a run of four straight between 2009 and 2012 as well as the most recent award in 2019.