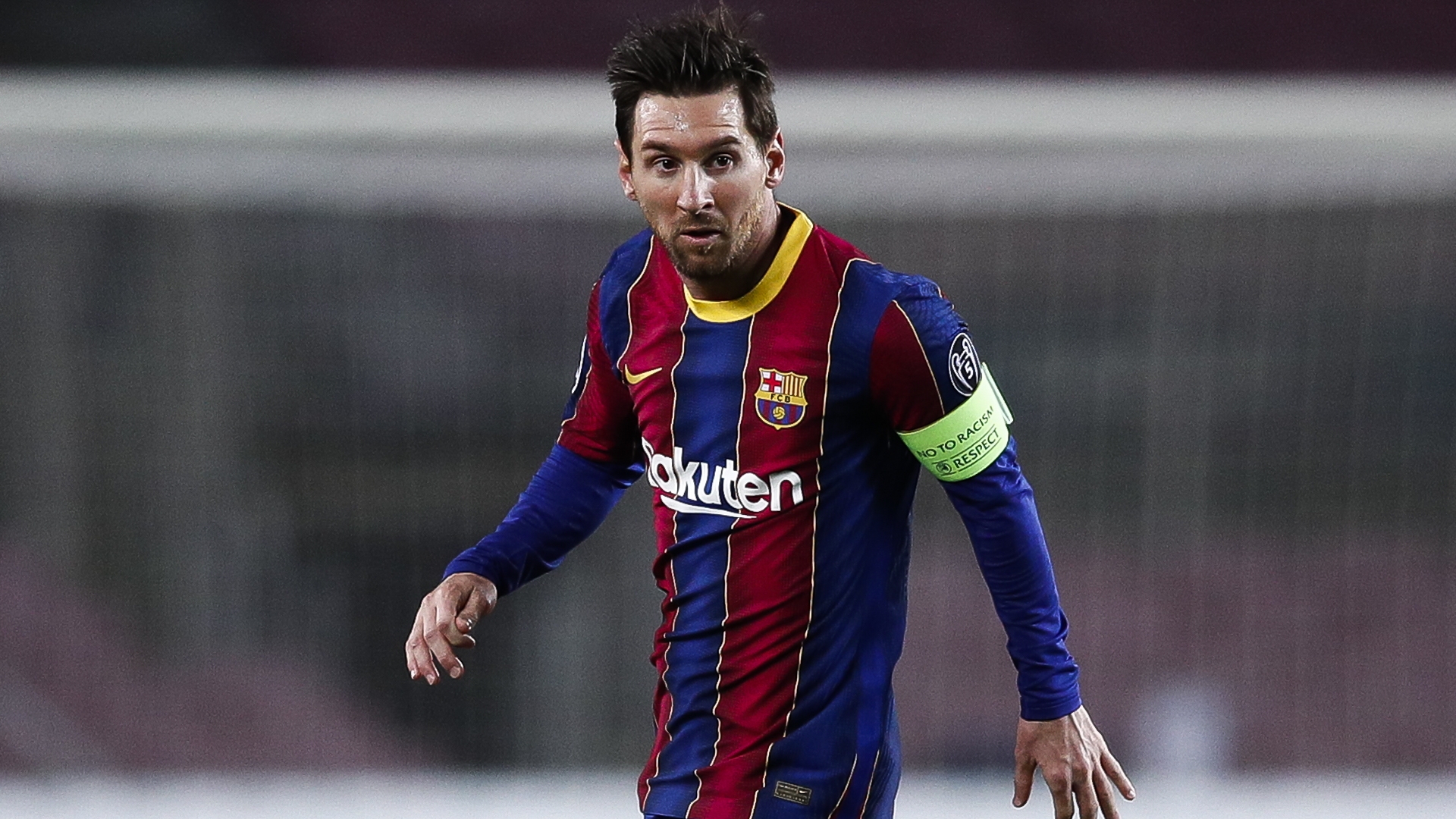 Lionel Messi remains the best player in the world and deserves a big-money contract to reflect that, according to Barcelona presidential candidate Joan Laporta, who has also backed under-fire head coach Ronald Koeman.

The Argentina international was tipped to join Premier League side Manchester City, managed by former Barca boss Pep Guardiola, after handing in a transfer request following a tumultuous 2019-20 campaign.

He opted to remain in Spain, where he has spent his entire career to date, but is out of contract in June and has since been linked with French champions Paris Saint-Germain and Italian giants Inter.

Barcelona's interim president Carlos Tusquets last week made headlines by suggesting the club should have cashed in on Messi due to the economic fallout caused by the coronavirus pandemic.

However Laporta, who is in the running to succeed Josep Maria Bartomeu as Barca's next president in January's elections, has taken a different stance and believes Messi is worth every penny he is paid.

10 years ago, Barça made history.

Leo #Messi , Xavi and @andresiniesta8 were named as the three finalists for the Ballon d’Or.
A podium made in La Masia pic.twitter.com/X9g3EfNFZh

"You could argue many reasons for him staying. I prefer to think about what Leo generates, which is a lot – certainly more than his salary may cost," Laporta told  Sport . "I'm not just talking about the sporting level, which is already well known.

"I consider him the best footballer in history. Leo is so much more than just that. In my opinion all players, when they win many titles and generate so much for the club, deserve to be valued accordingly.

"At least that's how I'll try to make it happen. Leo is, I repeat, the best player in the world and possibly in the history of football. What you have to keep in mind is that he loves Barca and has shown that repeatedly.

"He is a club man and is comfortable at Barcelona and in the city. That is another factor that leads us to think the best thing for us is for the Messi-Barcelona relationship to continue."

However, reiterating comments he previously made, Laporta acknowledged it will take more than money to persuade six-time Ballon d'Or winner Messi to sign a contract extension at Camp Nou.

"You have to be imaginative," he said. "Knowing Messi is not guided by money, and I assure you that is the case, we must make a proposal that can convince him Barca has a team capable of winning the Champions League.

"That is essential. It is what will be more valuable to Leo when deciding his future at the end of the season. I am convinced of that.

"Leo and I have a relationship of mutual affection. He knows that whenever I have made him a proposal, it has been fulfilled. Leo knows it and has told me personally he valued that very much. He should finish his career at Barca."

Messi has scored four goals in 10 La Liga appearances this season and seven in 13 overall, with Koeman leaving the forward out of the squad and his starting line-up on multiple occasions this term.

14 - Barcelona have earned just 14 points in their opening 10 LaLiga games this season, their lowest tally at this stage since 1987/88 season (13, three points per win), the previous campaign to Johan Cruyff arrival Barcelona as manager. History. pic.twitter.com/gphAEr5EEg

"It makes me suffer that there are some Barcelona fans who doubt Messi," he told El Iniestazo . "We have to appeal to justice and think about everything Messi has given us. If we stop and look back, we will never see him again.

"You have to wonder how Messi is to not be at the club he loves the most. Some lose confidence in him but he does not deserve that. If I am named president then Messi will renew at the end of the season."

The future of head coach Koeman has been another hot topic of debate at Camp Nou following Barca's worst start to a Liga campaign in 33 years in terms of points accrued after 10 matches.

Koeman is already under increasing pressure, just four months after being named as Quique Setien's successor, but Laporta feels the legendary former player should be given time to get things right.

"He deserves a margin of confidence, not only because of his wisdom at football level, but also because he is a great of Barca," Laporta said. "As part of the Dream Team, Ronald gave us good memories and his famous goal gave us our first Champions League. He knows what he's doing and you have to give him time.

"He and I can see that the team is improving, but nothing has been achieved yet. I appreciate the courage when it comes to betting on younger players, and I see that the players are once again motivated.

"He has had to deal with many delicate aspects since arriving. He is in the process of getting the team that he wants."