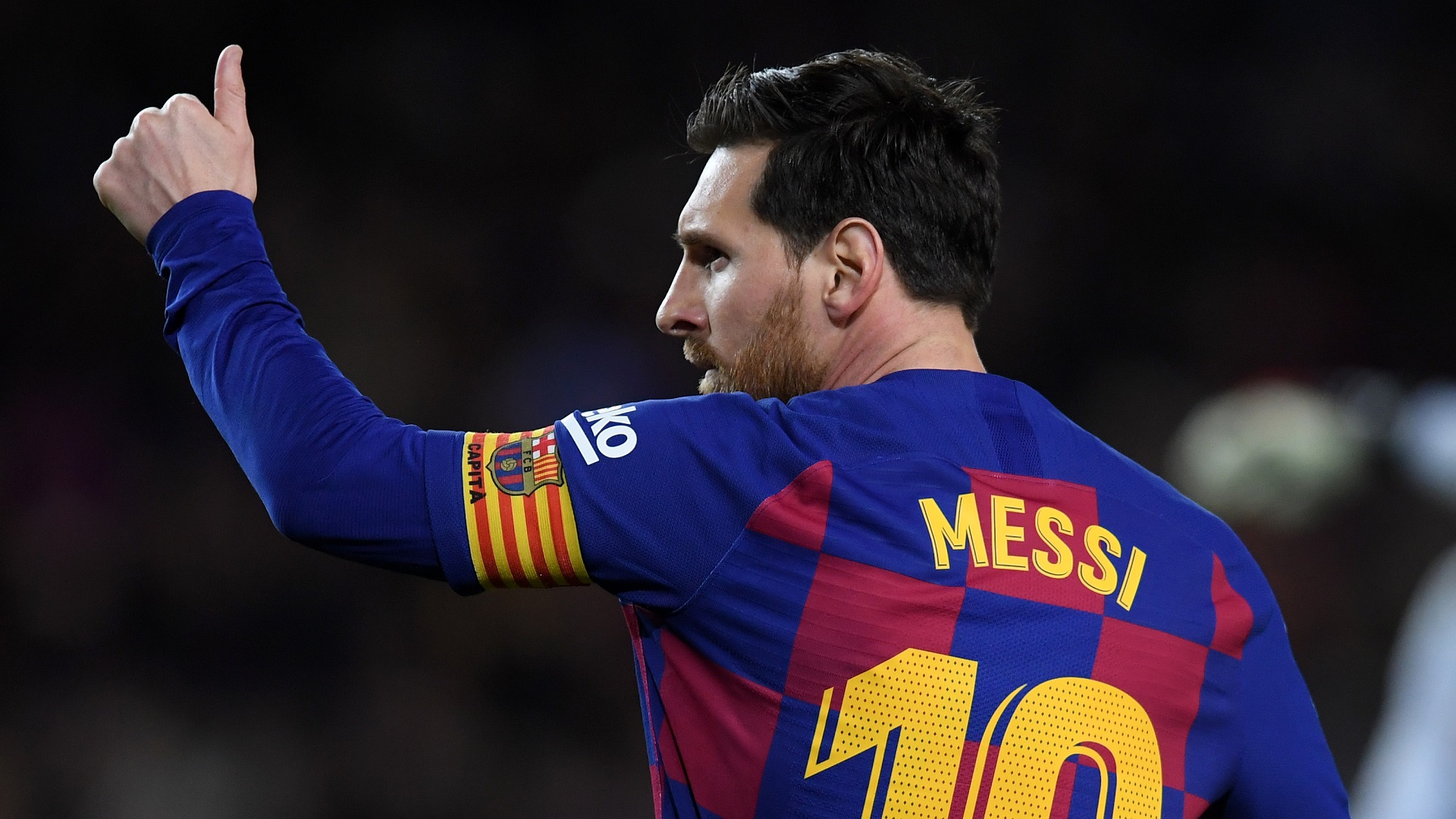 With all football in Spain suspended, the Argentine and his team mates will make sacrifices to help the club reduce losses during the pandemic

Lionel Messi has confirmed that he and his Barcelona team-mates will take pay cuts of up to 70 per cent in order to reduce club losses during the coronavirus crisis.

La Liga has been suspended since March 12 following the outbreak of Covid-19, with the enforced break increased from two weeks to an indefinite postponement on March 23.

With no games on the horizon meaning matchday and television revenue has dried up, Barcelona recently announced cost-cutting measures to keep the club viable as a business during the suspension.

Messi confirmed that he and the first-team squad have agreed to take significant wage cuts for the foreseeable future in order to help protect the jobs of the non-playing staff at  Camp Nou.

In a statement in Spanish on his personal Instagram page, Messi said: "We fully understand that this is an exceptional situation and we are always the first ones to help the club when asked."

He also said that the players, as well as taking 70 per cent pay cuts, would make further contributions so that other Barcelona employees would be able to collect 100 per cent of their salaries.

Other Barcelona players, including Luis Suarez, also shared the same statement to show a united front with Spain among the world's worst affected countries by coronavirus.

It also claims figures within the club were putting pressures on the players to act, however there was always a plan within the first-team squad to make a gesture in solidarity with their fellow employees.

The statement reads: "Much has been written and said about the Barcelona team in regards to the salaries of the players during this state of emergency.

"We want to clarify that our will has always been to take a cut in the salary we receive, because we fully understand that this is an exceptional situation and we are always the first ones to help the club when asked.

"Therefore, it does not surprise us that from within the club there were those who tried to put us under pressure to do something we always knew we would do.

"The agreement has been delayed for a few days because we were looking for a formula to help the club and its workers during these difficult times.

"Apart from the reduction of 70 per cent from our salary, we will also make contributions so that club employees can collect 100 per cent of their salary while this situation lasts.

"We do not want to say goodbye without sending an affectionate greeting and a lot of strength to all those having a hard time in these very difficult times, as well as to all those who patiently await the end of this crisis in their homes.

"Very soon we are going to get out of this and we will all do it together."

The Barcelona board and players across the club's other professional sports teams, including "most" of the basketball team, have also agreed to salary reductions for the duration of Spain's state of emergency, the club said in a statement.

"This additional contribution from the squad, plus the contribution that the club will make, will guarantee 100 per cent of the salaries of all non-sport staff," Barcelona announced.

The La Liga champions added: "The club would like to thank the professional athletes for their involvement in a situation as exceptional as the one caused by this health emergency."

Barcelona said last week that certain measures would be brought in to "minimise the economic impact that the coronavirus crisis is causing", although the club did not specify the precise degree of any wage reductions.