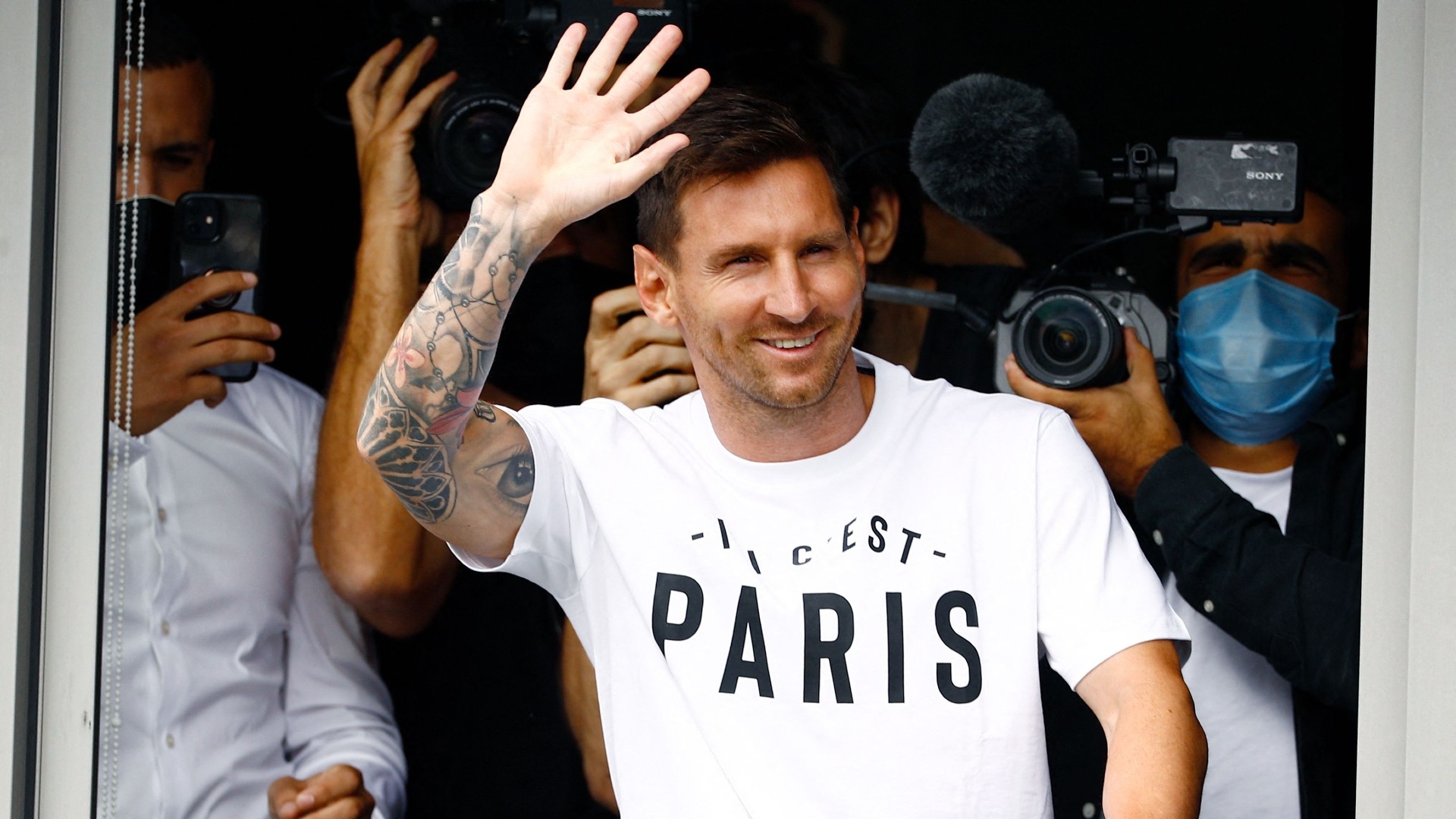 The six-time Ballon d'Or winner is close to joining the Parisians, having seen his 21-year stay at Camp Nou come to an end

Lionel Messi has agreed a two-year contract to join Paris Saint-Germain and is expected to undergo his medical on Tuesday, Goal can confirm.

The Argentina international star spoke tearfully on Sunday as he confirmed his departure from the club where he has spent the last 21 years.

Messi is now set to arrive in Paris on Tuesday and, providing he passes the medical without a hitch, he will sign a two-year contract with PSG, which has the option of a further 12 months.

How much will Messi earn at PSG?

It is expected that Messi will receive in the region of €30 million-35 million (£25m-30m/$35m-$41m) per season during his time at PSG, while there will also be team and individual bonuses.

Did Messi have any other offers?

Messi did receive offers from two other clubs, but PSG was always the option that he liked the most.

Lionel Messi is on his way to Paris! ✈🇫🇷

Reports have claimed that Atletico Madrid were one of the clubs to make an approach, while he was also linked with the likes of Manchester City and Inter.

What has Messi said on PSG move?

Messi has not yet confirmed that he will move to PSG.

Speaking on Sunday, he stated: “Paris Saint-Germain is a possibility, yes.

“At the moment nothing is confirmed, I received a lot of calls after the Barcelona statement. We’re talking about it.”

Nevertheless, everything appears to be in place for Messi to join the Ligue 1 side, following stars such as Sergio Ramos, Gianluigi Donnarumma, Achraf Hakimi and Georginio Wijnaldum in making their way to Parc des Princes this summer.

He is both Barca’s top scorer and top appearance maker of all time, with 672 goals from 778 matches.

During his time at Camp Nou, where he made his professional debut in 2003 after joining the academy in 2000, he has won La Liga 10 times and four Champions Leagues.

Additionally, Messi has won the Ballon d'Or a record six times, eclipsing his long-time rival Cristiano Ronaldo, who only has five to his name.