Work permit issues mean that Matej Dalec cannot play at Stamford Bridge, and he has criss-crossed Europe in a succession of loan spells since 2009

When one thinks of Chelsea stalwarts, the likes of John Terry and Frank Lampard might come to mind, while older fans will remember the legendary Ron 'Chopper' Harris among other stars.

Chelsea odds-on to down Burnley

Matej Delac's name, however, is more likely to raise a confused eyebrow from all but the most fanatical Blues supporters.

But he is, nevertheless, the club's current longest-serving player as he has spent the last eight years tied to Stamford Bridge while failing to play a single game!

The 24-year-old goalkeeper, born in Bosnia but capped for Croatia up to Under-21 level, laughed at his paradoxical situation as he looked back on a Chelsea career of which he has so far spent the entirety out on loan.

"I know about that fact, the fact I have the longest-running professional contract with Chelsea," he told Goal .

"This summer, people at the club told me that, we had a good laugh. Yes, it is a little strange but it is all football. Over the past few years, Terry, Ivanovic, Cech, Mikel and other experienced players have left the club so I have been here the longest!

"There is also Czech defender Tomas Kalas, who was among the first guys that came with me and also spent a lot of time on loans. Nemanja Matic was here before us, but then left, to be back three years later."

Delac, who has featured on a temporary basis in the Netherlands, Portugal, France, Belgium, Serbia and his native Bosnia since joining Chelsea, is one of a host of players at the west London club who are used to striking out at the start of every season. 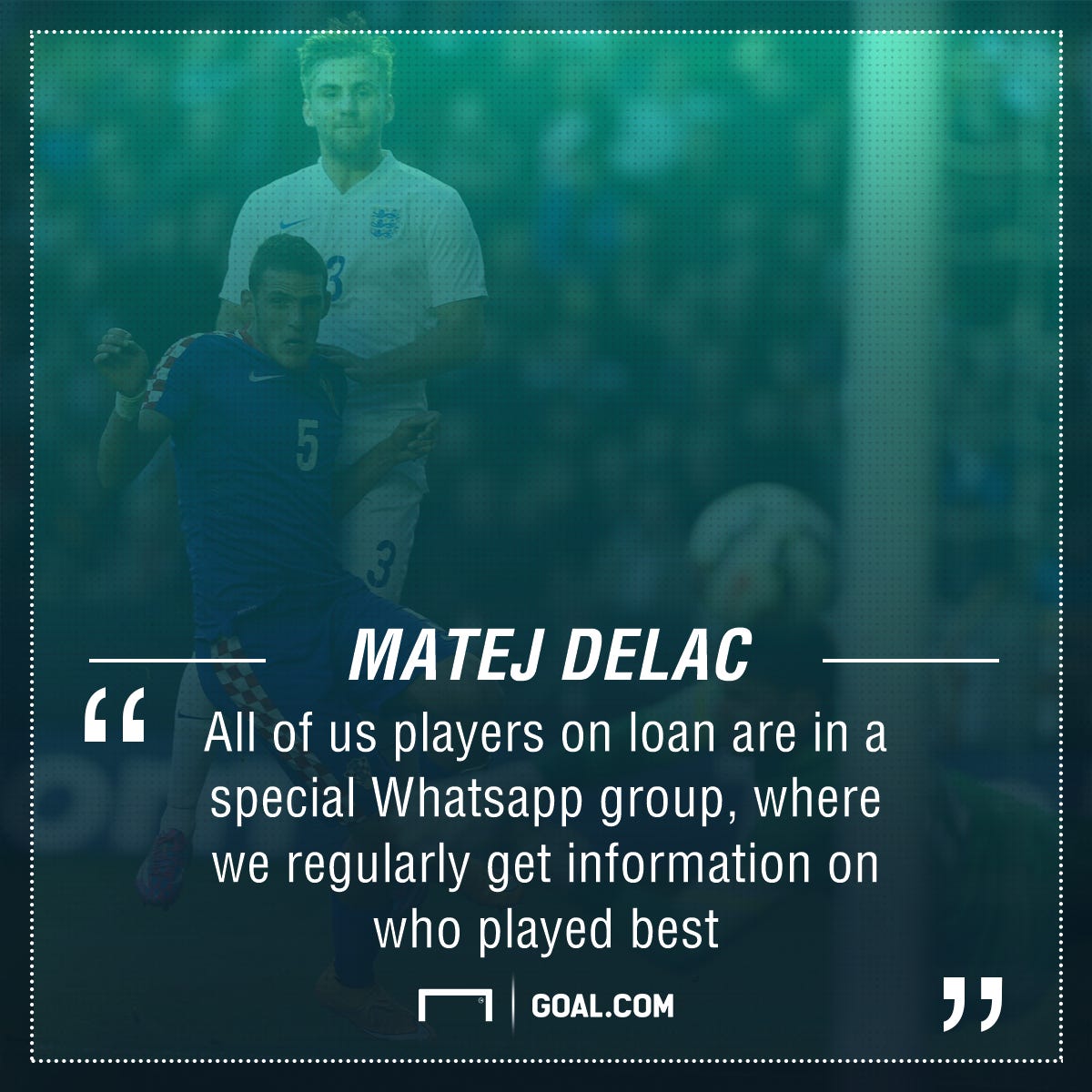 "Currently I am in London, and have been since July 1, training with another 15 players who are waiting for a loan or transfer. [Mario] Pasalic was also with us until recently but he has moved to the first team," he said.

"It is true all of us players on loan are in a special Whatsapp group, where we regularly get information on who played best that matchday, who was especially good, who played how many minutes, who scored... everything. But mostly people from the club point out the guy who was the best that weekend."

And, while he is unlikely to make his competitive debut anytime soon for the club, Delac still treasures the sole occasion on which he played between the posts in a pre-season friendly back in 2014.

"My best experience in Chelsea? There were moments I will remember for life, such as my only appearance for Chelsea, 45 minutes vs Olimpija in Ljubljana," he recalled.

"You know, I can't get a work permit in England, that is why I can't go on loan to an English club. We all dream of playing in the Premier League, but it is not possible without a work permit.

"I am 24 and I've been through a lot. Of course, at the age of 18 I was not ready for the biggest leagues. But I've learned a lot and have no regrets."