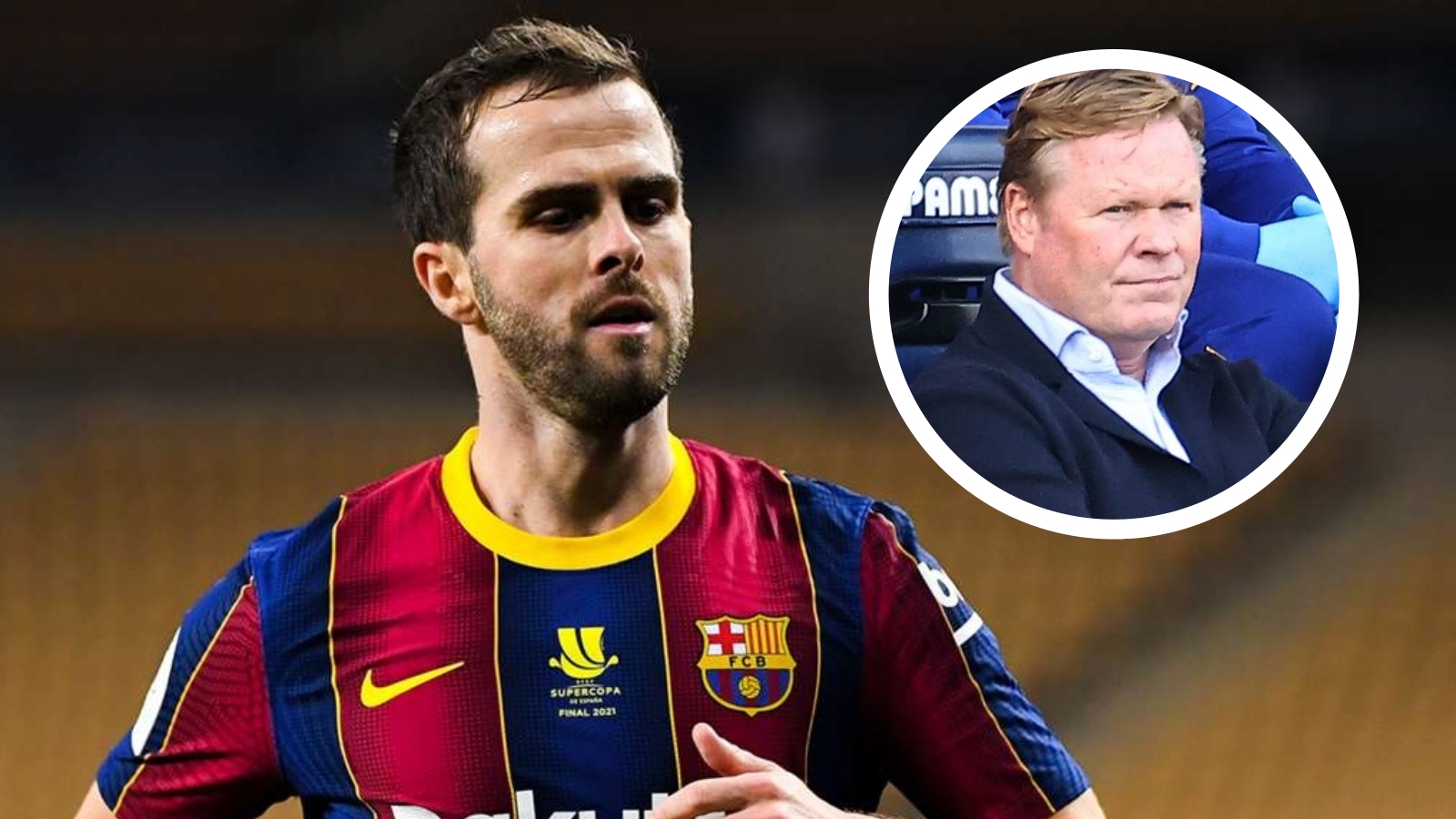 Miralem Pjanic has once again taken a swipe at Barcelona manager Ronald Koeman by suggesting that it's time for the struggling club to get "a good leader".

Koeman benched Pjanic last year before loaning him to Besiktas this term, and the former Juventus star has not taken kindly to his treatment.

Despite his apparent jab at his former boss, Pjanic still backed the Blaugrana to rediscover their place as a global superpower once they overcome their financial crisis.

“[Barcelona] are going through difficult times," Pjanic told beIN SPORTS. "The results are not going as the fans want, which puts pressure on the players.

"Maybe a good leader is needed to get the team back on its feet. Barcelona will return to the past, but it will take some time.

“Barca are always one of the four or five biggest clubs in the world and they will go back to the old days."

What's the context for these comments?

Pjanic previously accused Koeman of disrespect soon after his move to Besiktas.

"The coach [disrespected me], yes," he told Marca.

"I couldn't get used to the situation I faced last year. I knew I didn't want it. I'm a player. I love playing football, this is what makes me happy.

"I always wanted to play for Barca but I didn't expect the situation to get so complicated.

"There was a point that I was playing less, things were getting complicated. And when I played it was difficult physically and mentally to be well, because it was killing my confidence, because I had no communication with [Koeman].

"It was very strange, because a coach is the one who says who plays and who doesn't, but there are different ways to do things. I am a player who can accept everything but I would always like to be told things face to face. Not as if nothing happened and I was 15 years old."

Koeman then responded through the media by saying Pjanic simply wasn't good enough during the 2020-21 campaign.

"In terms of how we play, our ideas with and without the ball, he's fallen short of other midfielders," the manager told Mundo Deportivo.

"That's it. I wish him all the best. It's been complicated, but we tried and we saw that there are other players who are better than him."

Koeman has few public supporters outside the dressing right now as Barcelona have lost back-to-back Champions League games 3-0 and sit ninth in La Liga. However, it should be noted that he is still being backed by his players, at least in the press.

Pjanic's voice is part of a broader chorus railing against the embattled manager - though his specific feud with Koeman is uniquely personal.

The Blaugrana will face Valencia at the conclusion of the international break, hoping the time away from Camp Nou can help them regain their balance.