Matthaus: Pulisic should be Arjen Robben's heir at Bayern 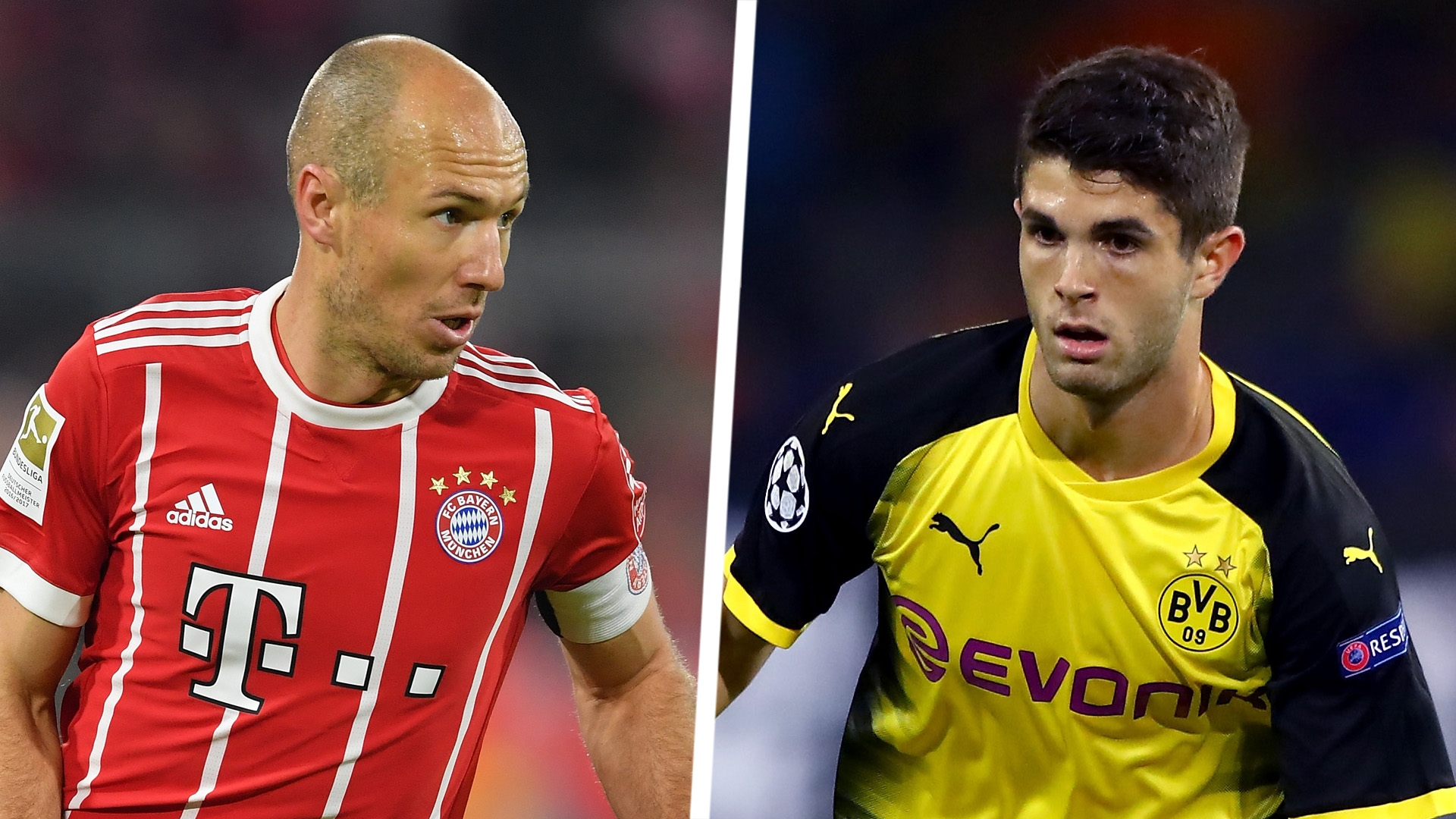 Pulisic was lively on the left side, constantly putting pressure on Bayern's defense and creating chances for Dortmund.

Ultimately though, the 19-year-old's efforts couldn't stop Dortmund falling 3-1 at home to first-place Bayern Munich, but he did enough to claim Matthaus as a new admirer.

"If Bayern Munich someday looks for a replacement for Robben and [Franck] Ribery, then they have to put out their feelers for Pulisic," Matthaus told  Sky .

"He is 19 years old and has high quality." Matthaus continued. "With his confidence and his speed, he is called to higher [things]."

Dortmund coach Peter Bosz also heaped praise on the US international despite an overall disappointing 90 minutes for BVB.

"Pulisic was clearly the best player in our team," Bosz told Sky after the match. "He had an incredible game."

"Dortmund didn't play like a top team," Bosz said. "Bayern were clearly better in the first half.

"We were always too late because we were too far away. We wanted to play very compact. That did not work. It's hard to say why

"We were better in the second half, which shows that we have the quality to compete Bayern.

"The goals have nothing to do with our tactical system. It must not happen that we give Bayern so much space.

"We had two or three crystal clear chances where we have to make it 1-1. In the second half we tried everything, we had the chance to make it 2-1, then it gets exciting again.

"These are times when we have to stand together as a team. "

Dortmund have just one win in their last seven matches, and that came against third-division FC Magdeburg in the DFB-Pokal on October 24.