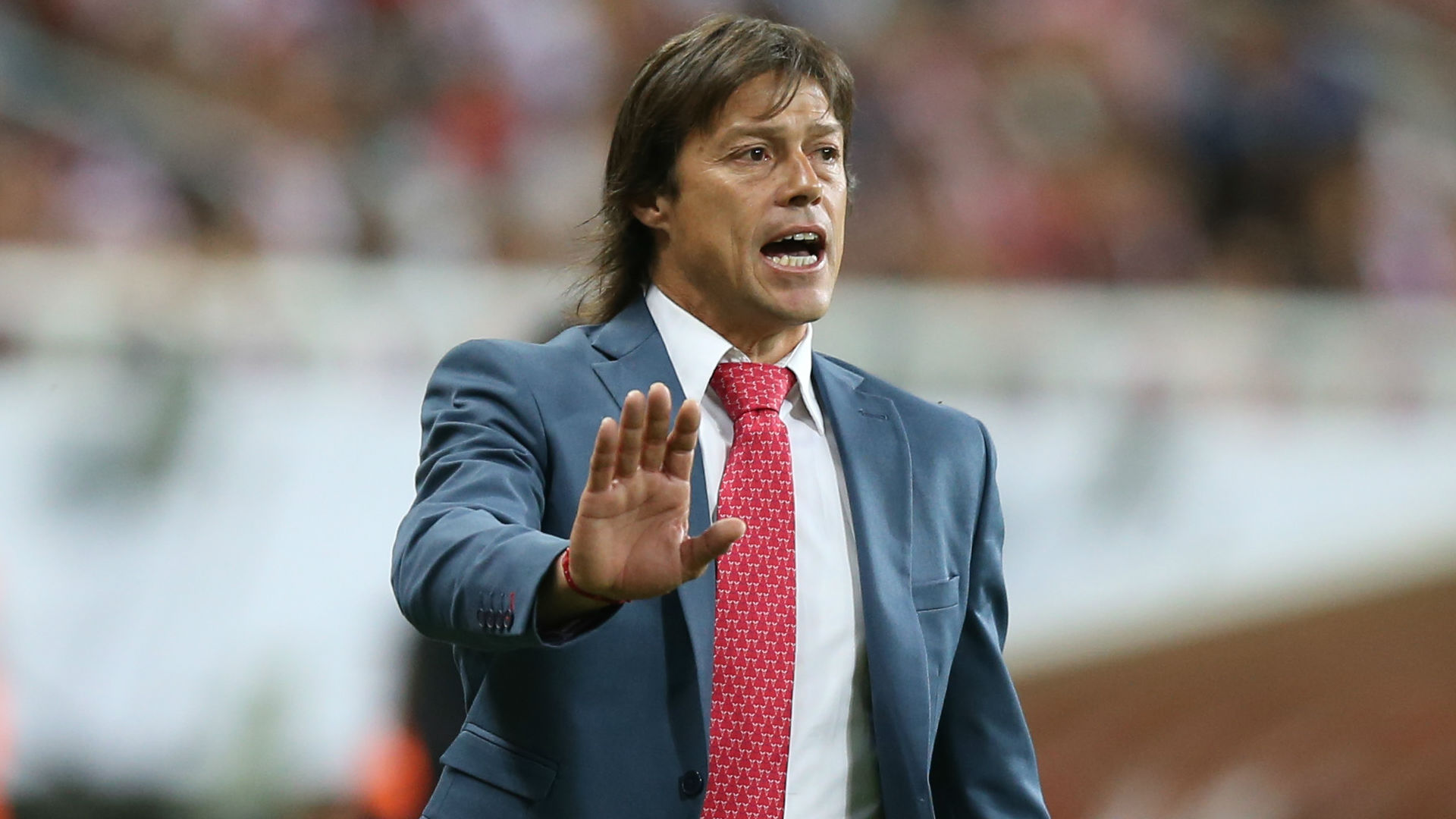 Matias Almeyda made his exit from Chivas official Monday night, announcing he will leave the club because of a number of disagreements with directors.

Almeyda helped Chivas secure their first international title since 1962 with the Guadalajara side winning the CONCACAF Champions League in April. Another coach will lead the club forward, though, with financial difficulties making it tough for him to bring in new players. Several regulars from last tournament, goalkeeper Rodolfo Cota, forward Rodolfo Pizarro and center back Oswaldo Alanis, moved to other teams in the offseason with few replacements arriving.

"We had different ideas about how to reinforce the team, the squad we wanted to have, that we wouldn't start the season with debts - the players are owed money as are we - about the preseason," Almeyda said at a news conference. "These are some of the things that meant we couldn’t come to an agreement. Also bringing players, we wanted for Pizarro not to go, we knew Alanis was out because of the contracts, but keeping Cota and they told me they couldn’t, that they didn’t have the money. We wanted to reinforce the team."

The Argentina native said he'll stick around Mexico and support his current players, many of whom have sent messages supporting the manager and expressing frustration with the ownership group.

"We want the best for our players and the fans. I'm going to stay and live in Guadalajara. I'm going to ask for a season ticket to come and see the team," he said.

While that will do nothing to lessen speculation that he will take over the Mexico national team after the World Cup, Almeyda said he doesn't have a concrete offer to become the El Tri boss should Juan Carlos Osorio be fired or leave of his own accord.

"In 10 or 15 minutes when I sign, I'll be free and I'll listen to offers. Someone will have to want me. I had a clause to leave for the Argentine or Mexican national team. They said I left to wait and manage Mexico, but it isn't true," he said.