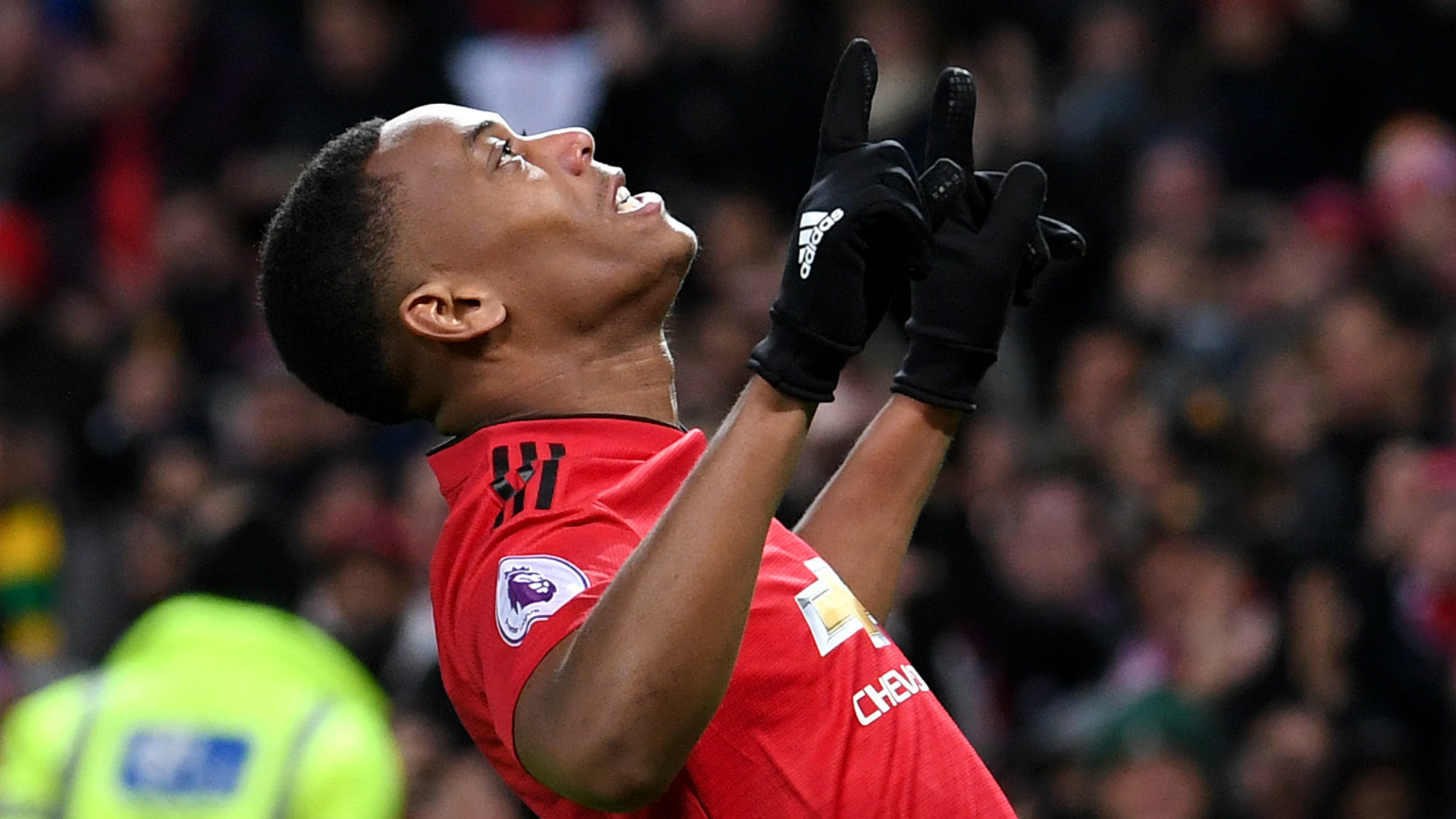 Manchester United forward Anthony Martial can become one of the best players in the Premier League if he realises his potential, according to team-mate Nemanja Matic.

The France international has forced his way back into the reckoning under Jose Mourinho, and has scored four goals in his last three Premier League games.

Martial's latest contribution came in the 2-1 win over Everton, winning a first half penalty before netting the key second goal after the break with a curling strike.

The impressive run of form comes amid talks over a new deal for the 22-year-old, who has reportedly turned down United's latest contract offer.

Matic has been encouraged by Martial's recent form but admits he must discover greater consistency in the future.

“Anthony is a great player and he needs to understand that," he said. "He needs more confidence.

"He is still young and I think if he continues to score in the next games he will get that.

“If he reaches his top level he can be one of the best players in the league for sure. Sometimes I don’t think he understands how good he is.

“Sometimes he is quick, he is good with the ball, he can run. He has everything that a Manchester United football player needs. Sometimes I don’t think he understands that.

“If I had his ability with the ball and I was as quick as him then I wouldn’t pass to anyone and I would score every game!"

Though Martial's contract is due to run out in 2019 a clause exists which allows United to extend the deal by another 12 months.

Mourinho was ready to part ways with Martial in the summer but the United hierarchy opted to keep him at Old Trafford.

That decision has paid dividends, with the Frenchman having been among the few positives for a United side already nine points off the pace in the Premier League title race.

“To be serious, he does need more confidence and this comes with results," Matic said.

"When you don’t have results it is very difficult for players to have that high confidence.

"If we can get results over the next few games and improve as a team he will show that he is very important for us.

“The manager speaks with him about it. I have told him once.

"But he is a great person and a great guy and I am happy for him that he is scoring. It is great.

“The quality is there, and he just needs to be more consistent. I am glad we have him in the team.

"In football and in life you have difficult times and you have to get back on track and that is exactly what he is doing.”