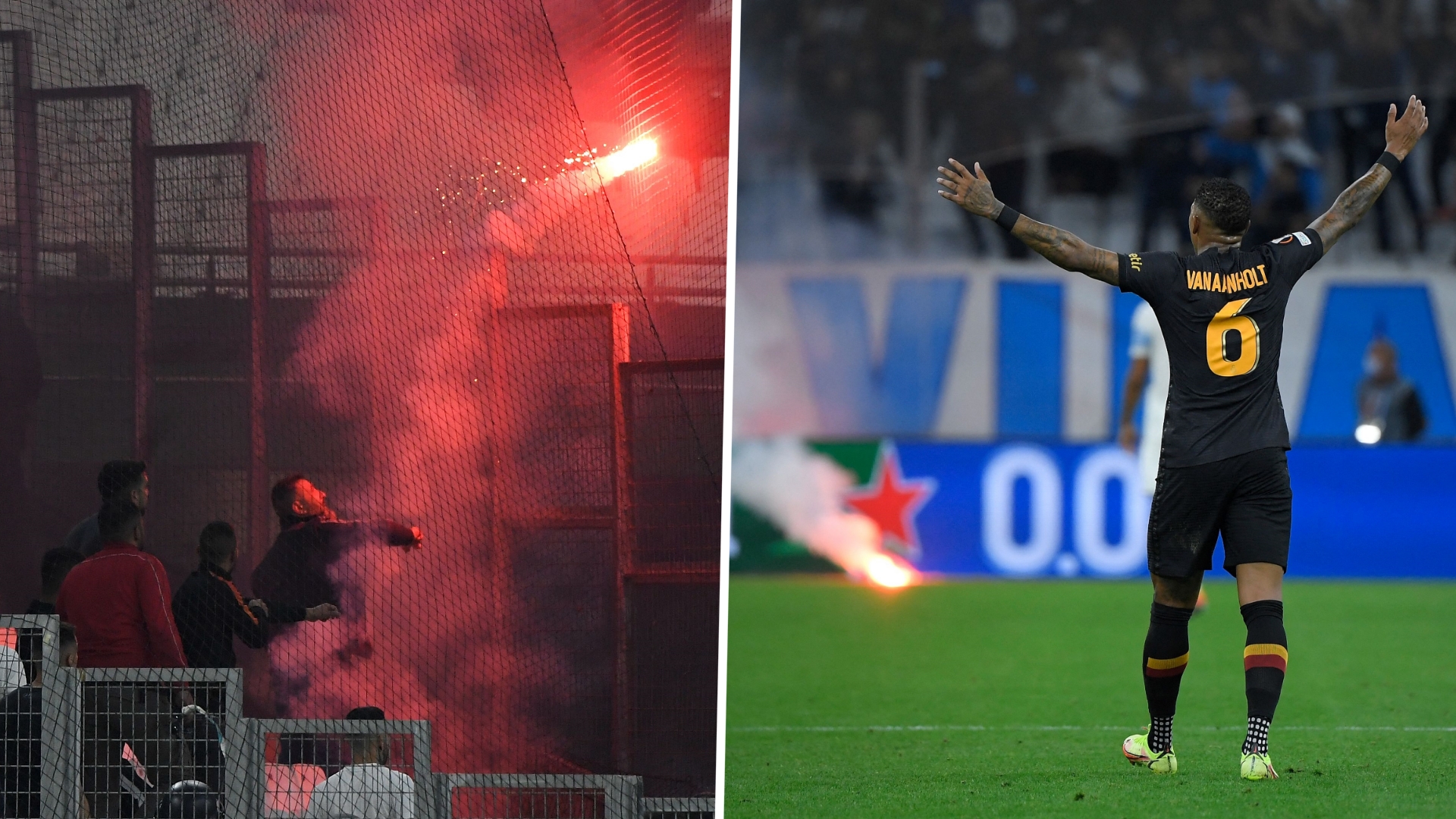 Marseille's match against Galatasary was halted for about eight minutes on Thursday due to fan violence and thrown projectiles, and just before full-time tension picked back up as on-loan defender William Saliba and forward Mbaye Diagne came face-to-face.

The scoreless Europa League draw at Stade Velodrome was overshadowed by the drama, which marked a continuation of a chaotic season for the hosts.

Earlier this year, Marseille's match against Nice was abandoned as supporters rushed the pitch to confront players.

Marseille vs. Galatasaray was briefly stopped because both set of fans were throwing flares at each other 😳 pic.twitter.com/khPnGRx8wD

Never a dull moment when Marseille are involved.

Their #UEL clash with Galatasaray was halted in the first half after flares were thrown in the stands.pic.twitter.com/nmChBf67kX

The incident is actually the third involving Marseille to be overshadowed by crowd trouble.

In addition to that match against Nice, during Marseille's 0-0 draw with Angers at the latter's home stadium, the Stade Jean-Bouis, away fans invaded the pitch during a brawl with home supporters.

There was also recently another incident i n the derby between Lens and Lille.The two rivals went into half-time drawn at 0-0 after a tense opening 45 minutes, but were then forced to wait in order to restart the match as crowd trouble caused a temporary delay.