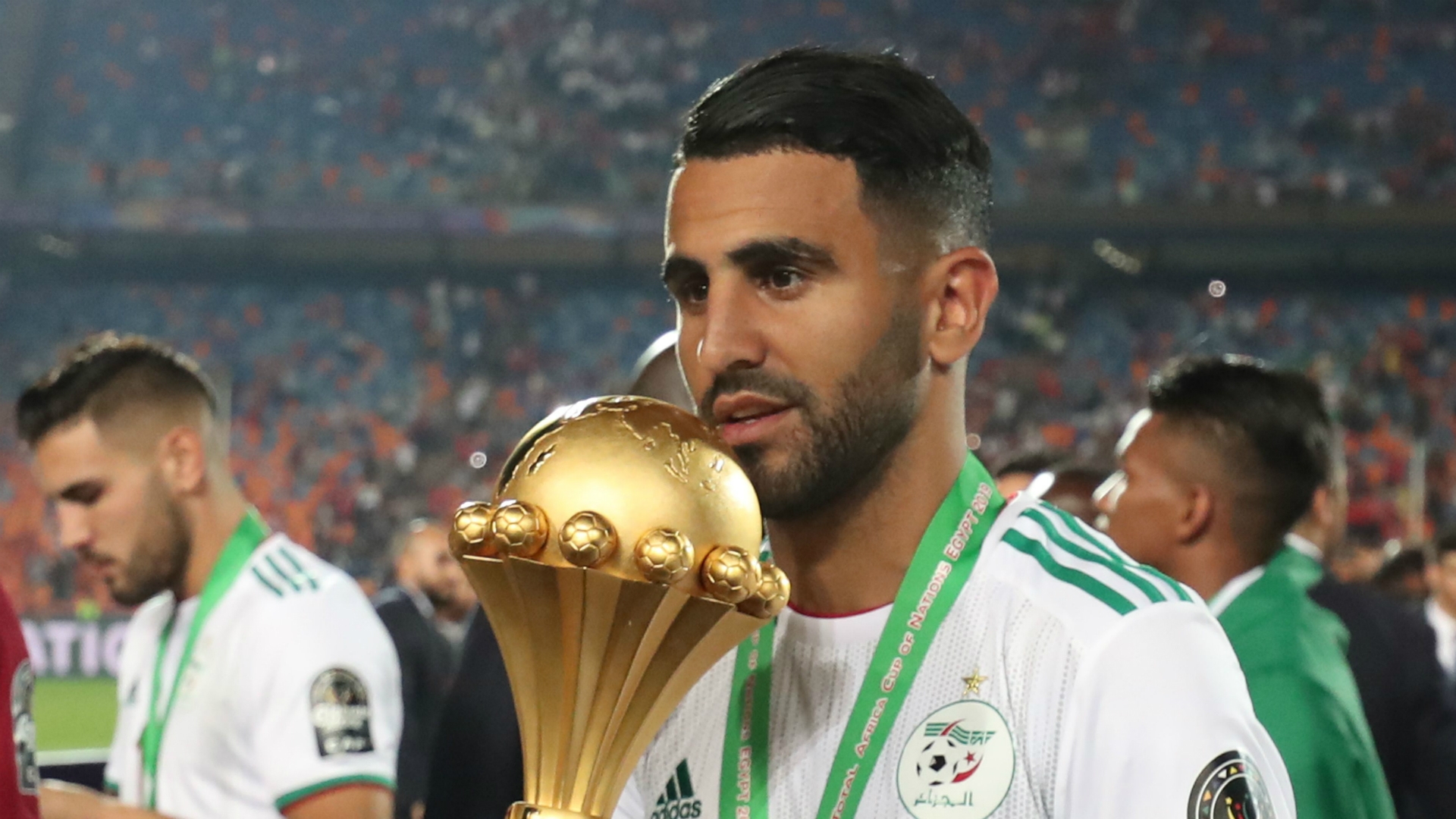 Riyad Mahrez's injury-time free-kick for Algeria against Nigeria in the Africa Cup of Nations semi-final has been named the African Goal of the Year for 2019.

With scores locked at 1-1 heading into the fifth minute of added time, the Manchester City star stepped up to take a free-kick from just outside the box and curled it powerfully into the top left corner.

A makeshift Nigerian wall that even saw one player lie down in an attempt to limit Mahrez's options could do nothing to stop the stunning effort that sealed Algeria's spot in the final where they went on to beat Senegal 1-0.

Mahrez ended the tournament with three goals to his name but his decisive strike against Nigeria has now rightly gone down in the history books.

While Liverpool's Sadio Mane was voted as the African Player of the Year, Mahrez finished a respectable third, behind Mohamed Salah, and was also included in Africa's best XI.

Taking to social media after the award's ceremony, the Manchester City star apologised for not attending, joking he's already set his sights on beating Mane to the main award in 2020.

"Congratulations to Sadio for his trophy well deserved and sorry I couldn't come but I had to start scoring for the 2020 trophy," Mahrez wrote on Twitter.

In other awards handed out on the night, Algeria coach Djamel Belmadi was named the Men's Coach of the Year, while South Africa's Desiree Ellis won the prize on the women's side.

While the awards were being handed out, Mahrez was in club action as his side defeated Manchester United 3-1 in the first leg of their Carabao Cup semi-final.

The Algerian netted his side's second goal in the 33rd minute after Bernardo Silva had opened the scoring in sensational fashion.

An Andreas Pereira own-goal saw Pep Guardiola's side take a 3-0 lead into half-time with Marcus Rashford giving the Red Devils some hope of a second-leg comeback with a goal in the 70th minute.

The two sides will meet again on January 29 at the Etihad Stadium with either Aston Villa or Leicester City awaiting the winner in the final.