Manchester City have grabbed all the headlines this summer.

Naturally, when you sign two Women’s World Cup-winning midfielders – never mind what’s been happening with Pep Guardiola’s side – that happens.

Sam Mewis and Rose Lavelle will both pull on City colours this season, little over 12 months after becoming world champions with the USWNT.

Reports suggest that Lucy Bronze and Alex Greenwood, the England full-backs currently at Lyon, will be joining them at the club too.

Amid all of this, it seems much longer than just three months ago that Gareth Taylor was announced as City’s new head coach, succeeding Nick Cushing.

But for all the household names being added to Taylor’s squad ahead of the new Women’s Super League season, people should not forget about his first signing: Chloe Kelly.

The 22-year-old arrived in Manchester at the beginning of July, fresh off the back of a superb season with Everton, for whom she scored nine times in 12 league games last term.

With injuries limiting her minutes and the Toffees, despite being a very good team, not creating anywhere near as many chances as a team like City, that is just a glimpse of what she can offer. Kelly knows that, too.

“Everton is a huge club and I really enjoyed my football there, but it was a case of, 'what do I need to be the best version of myself?' That was Champions League football,” she tells Goal.

“I just believed in myself the minute I spoke to City. People were doubting, asking whether I’m going there to sit on the bench and so on, but I believe in my ability. I’m confident.

“I’m going in thinking, ‘I need to work my socks off to get minutes for this team’. That’s what I’ve come here to do.

“It’s easy to know that you’re playing every week, but that’s not what I want. I want to push myself and compete with the best and there’s no better place to do it.” 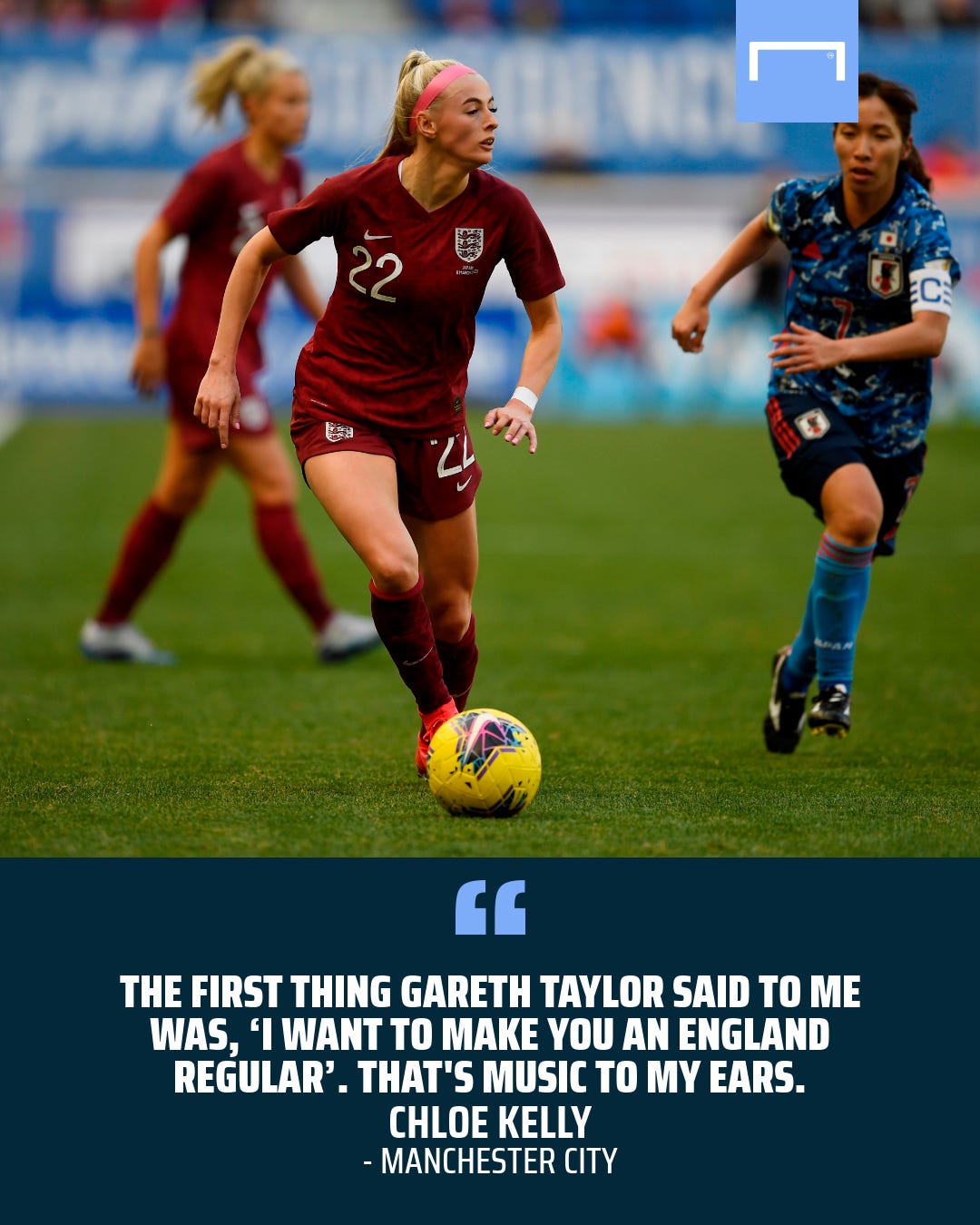 Kelly could make her competitive debut on Saturday as the women's Community Shield returns for the first time since 2008, with City facing Chelsea at Wembley. That being said, she's certainly got competition for a place in the XI.

While she was the star at Everton, she admits she'll have to work hard if she wants to become a regular in a squad that has plenty of competition for an attacking berth.

“I like that [the challenge to earn a place in the XI],” she says.. “I know that if I’m not working, someone else is, and that means I can’t slack off.

“That’s exciting for me and that’s why I came to such a great club because I knew it would push me to be better.”

Kelly says one of the things that made City stand out was the sheer number of England internationals in the team – many of whom have become regulars for their country because of their development at club level.

Lauren Hemp is a prime example. The 20-year-old arrived at the club from Bristol City two years ago and was undoubtedly England’s best player at the SheBelieves Cup in February, despite making only her first start for the Lionesses at the tournament.

Kelly was part of that squad too, giving her another taste of action at that level, but she’s yet to establish herself under current, and soon-to-be-departing, coach Phil Neville.

With a coach like Taylor taking over at City, a man who has spent years developing talent in the club’s academy, she hopes she will be able to take that next step sooner, rather than later.

“The first thing that [Taylor] said to me was, ‘I want to make you an England regular’,” Kelly recalls. “To hear that is just music to my ears, because that’s what I want.

“That SheBelieves was great for me, but it made me want to get out and do it again. I won’t stop until I’m there.”

Kelly might not be City’s headline signing this summer. But with her incredible talent, massive potential and long-term ambitions, if you look back in a few years’ time she could well turn out to have been the best of the lot.