Whenever Ralf Rangnick has been asked about Manchester United's defence in recent weeks, he has been able to produce statistics suggesting that they are improving under his management.

No stats can hide what happened in Sunday's Manchester derby, though.

United were torn apart at times by Manchester City, succumbing to a 4-1 defeat that leaves them outside of the Premier League's top four, a point behind Arsenal despite having played three games more than the Gunners.

The display by United's defence was so bad, it posed the question of whether they should reconsider their transfer priorities for the summer so as to bolster their backline.

It has become norm to see Pep Guardiola’s side dominate derbies, even if United have emerged victorious from the Etihad Stadium on a number of occasions, but this was a performance that verged on embarrassing by the end.

“You’re f*cking sh*t” rang out from the home fans after Riyad Mahrez volleyed in from the edge of the area to make it 3-1, and to be fair to the supporters, they were not wrong. 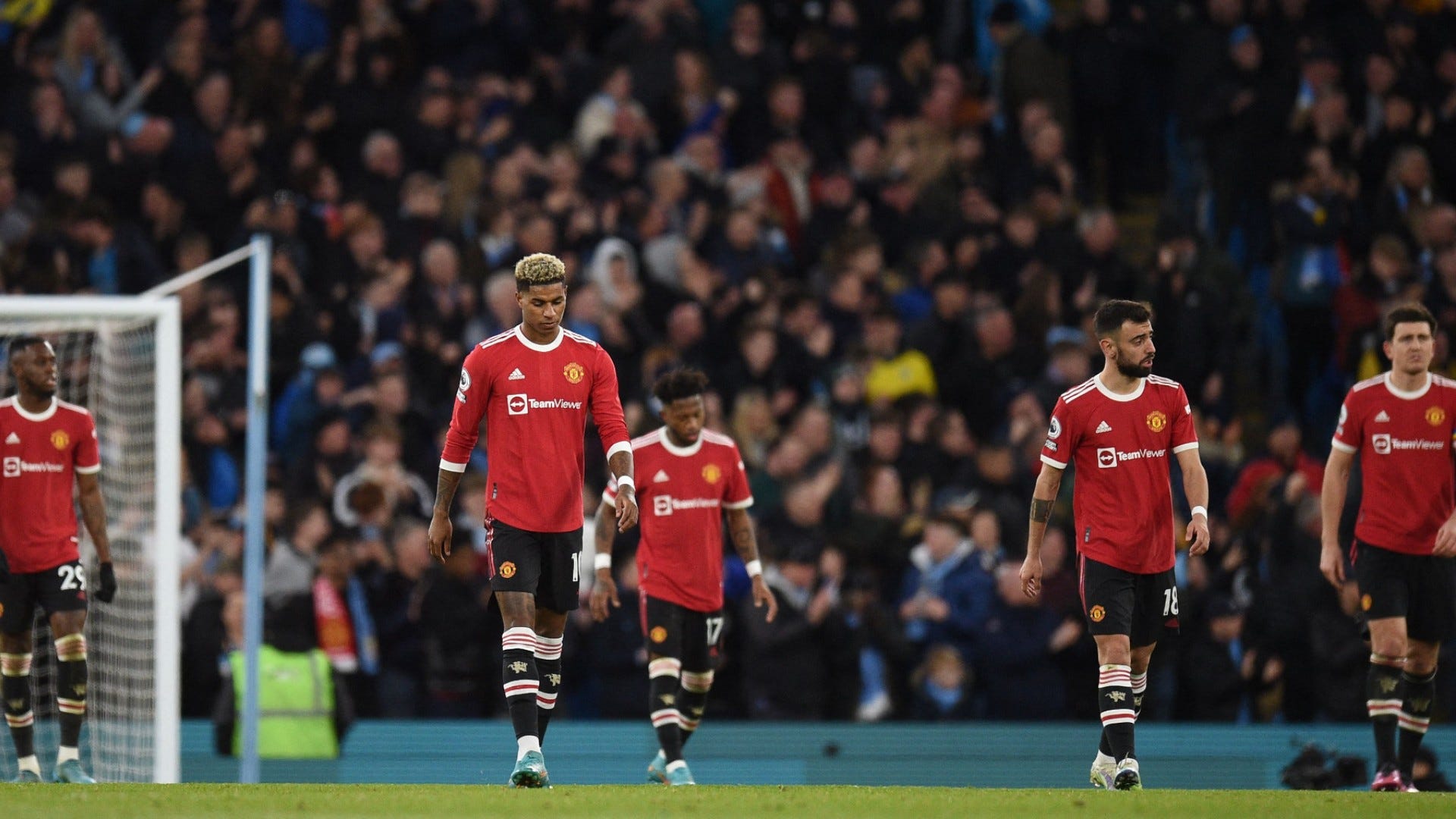 United had started the game promisingly. Without Cristiano Ronaldo, who missed out with a hip injury, Rangnick deployed a striker-less system, with Paul Pogba and Bruno Fernandes operating as false nines.

But instead of the forwards firing blanks in Ronaldo's absence, it was his side's porous defence that will have left Rangnick scratching his head for answers.

Amid reports that his team-mates have questioned whether he should be in the team, Harry Maguire put in one of his worst performances in a United shirt.

Raphael Varane was unavailable here due to testing positive for Covid-19, meaning Rangnick had little choice than to select his club captain, but Maguire’s display at the Etihad will do nothing to convince any doubters that he is the answer for United at the back.

The still images after Kevin De Bruyne had scored his and City's second of the afternoon showed United defenders strewn on the ground, with Maguire among them.

The England international, who just a few months ago was one of the star performers at Euro 2020, had embarrassed himself in the build-up, as instead of clearing the ball after David de Gea had parried Phil Foden's shot, Maguire let it go through his legs so City could provide a finish. 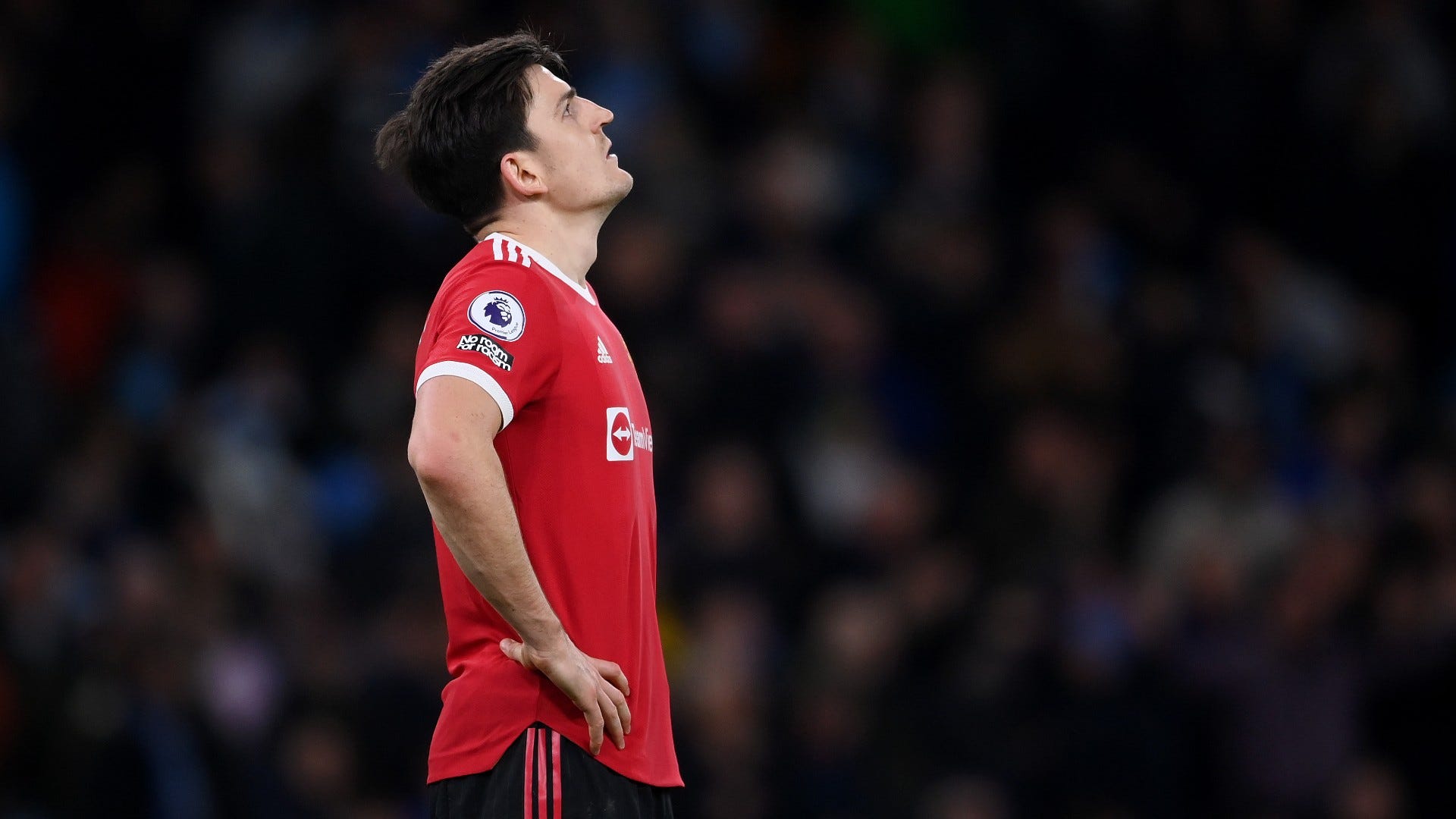 Maguire lacked composure, was static in his defending, slow to react and - at times - rash. When he was shown a yellow card by Michael Oliver for needlessly hauling down De Bruyne on the break in the second half, there would have been some mean-spirited United fans hoping he was about to be put out of his misery and be sent off.

City are so good they do not need a helping hand to secure victory, but the rest of United’s backline seemed determined to assist.

Victor Lindelof was undone by a majestic piece of Foden skill in the build-up to City's second goal, and the Sweden international looked nervy and slow next to Maguire. For a partnership that cost £110 million, they do not look capable of leading United back to the top any time soon.

The same can be said of Aaron Wan-Bissaka. Fred was so frustrated with the right-back's performance that he could be seen clapping repeatedly towards his team-mate during the second half in a bid to either offer encouragement or try and get more out of the ex-Crystal Palace man.

Either way, it did not work. 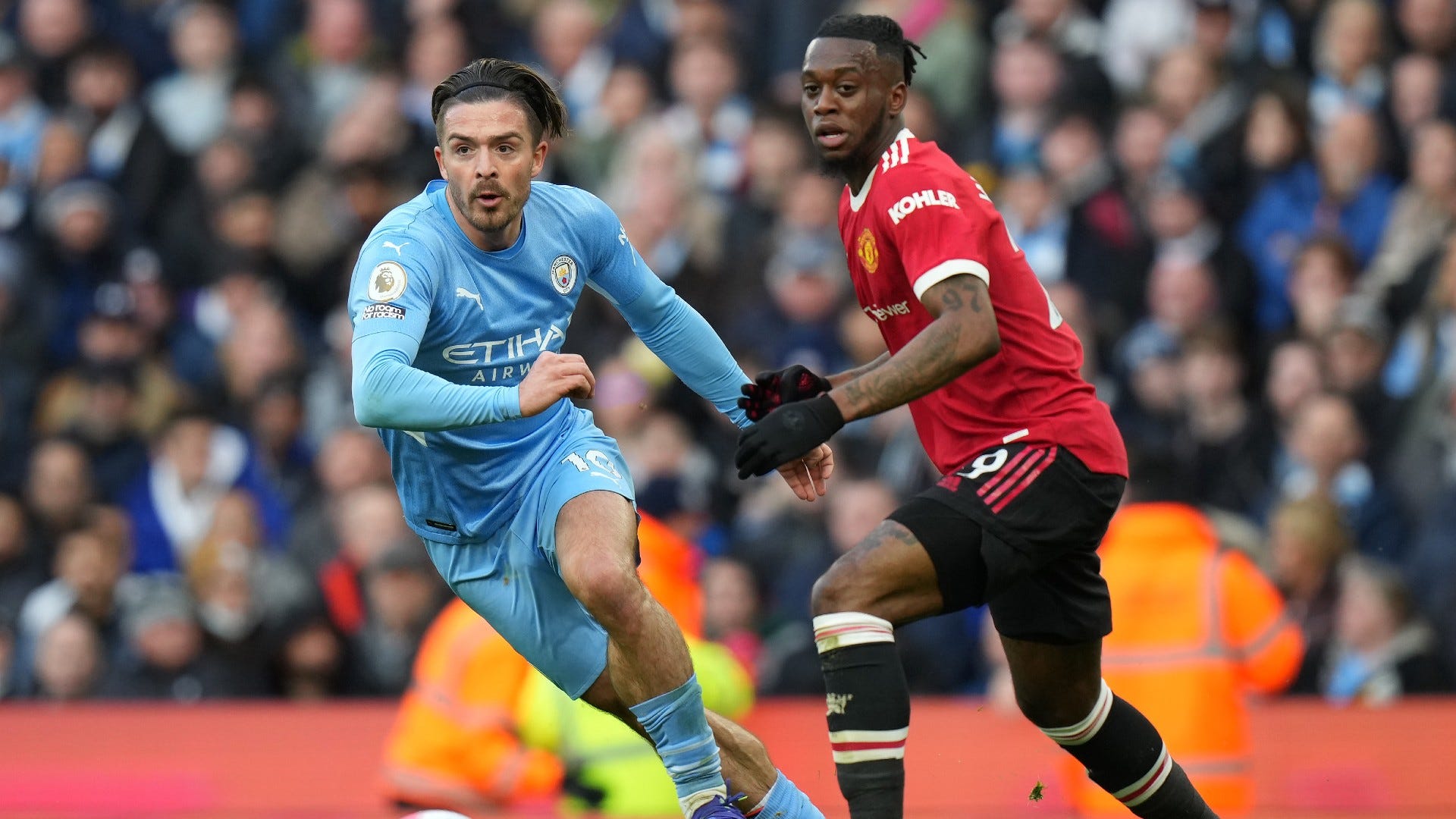 Guardiola knew from the first whistle United would be weak down the right, and that is where City got all their joy. Their first goal came from some nice interplay down that side, and by the second half they were toying with Wan-Bissaka.

Jack Grealish had the beating of the full-back for the whole game, and Diogo Dalot must wonder what he has to do to get another chance.

Whether that would be enough to shore up United is unlikely. They have conceded 38 goals in the Premier League this season; only Southampton and Leicester City have let in more among the top 13 sides in the table, while Burnley in the relegation zone have only been breached 36 times.

As much as there are issues to resolve both up front and in midfield, it is becoming clearer and clearer that defensive reinforcements are required this summer.

Rangnick said in his pre-match press conference that United could learn from Liverpool and Manchester City by having a "clear transfer strategy".

After watching them concede four against City with a four-man defence that cost around £180m, he could not be more right.