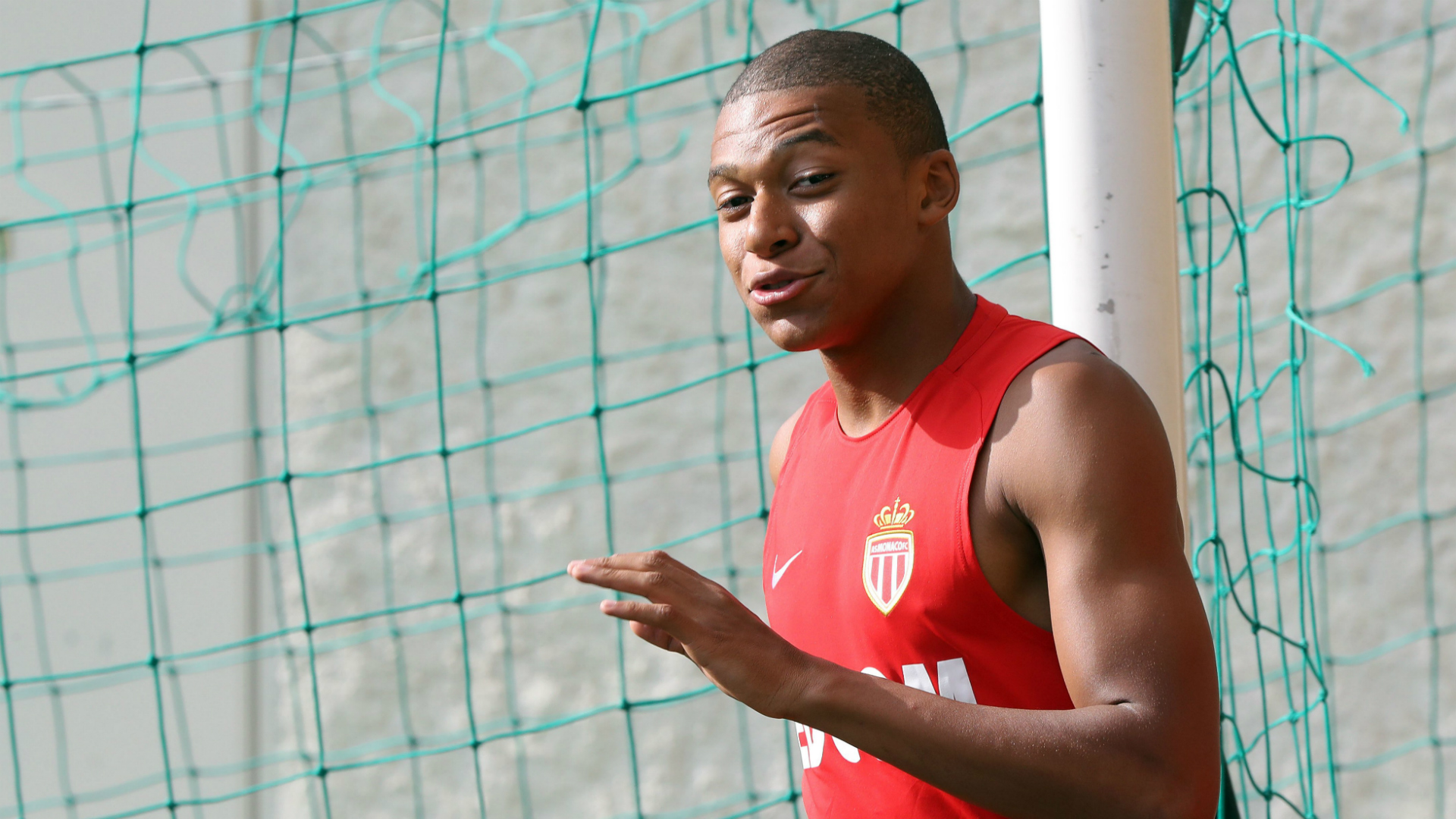 The young France forward is the top target for Los Blancos after they sold the Spanish striker to Chelsea this week, but Monaco do not want to sell

Real Madrid are ready to test Monaco's resolve with a world-record bid for Kylian Mbappe after selling Alvaro Morata to Chelsea this week.

Monaco are determined to keep the 18-year-old striker and are lining up a new deal which will make him the highest-paid player at the club alongside Radamel Falcao.

Mbappe has recently taken the number 10 shirt and he has been advised that staying at Monaco is the wisest decision in a season before the World Cup, in which he will hope to feature for France in Russia next summer.

Both Mbappe and Arsenal target Thomas Lemar have asked Monaco about the club's plans for next season and it has been claimed in France that coach Leonardo Jardim may have blocked the sale of Benjamin Mendy in order to keep those two players happy.

Madrid, meanwhile, have been active in the transfer market over the past 10 days, with James Rodriguez leaving to join Bayern Munich and Dani Ceballos arriving from Betis last week.

Danilo is close to joining Manchester City, while Morata's move to Chelsea means Los Blancos will be looking to bring in another striker this summer - especially after Mariano was allowed to leave for Lyon and with Borja Mayoral set to go out on loan again.

Mbappe is the club's top target. Asked in March if he and Karim Benzema could play together for Real, president Florentino Perez said: "Anything is possible!"

Coach Zinedine Zidane is also a fan. "Mbappe is very good," the Frenchman said on Thursday. "He's a very good player and he has shown that all year, but he is not my player. I can't say anything else."

Paris Saint-Germain are also keen on signing Mbappe, hoping that the sway of the French capital (where the striker has family) will persuade the Monaco forward to move to the Parc des Princes.

However, PSG and City are apparently in hot water with UEFA over illegal approaches for Mbappe and that could leave the path clear for Madrid to snap up the highly rated forward, who has been compared to a young Thierry Henry.

Goal understands the player prefers Madrid in any case, having idolised Cristiano Ronaldo in his younger years and even had a trial at Real (as well as spending time at Chelsea).

With €80m raised from the sale of Morata and another €30m to come for Danilo, Madrid will now set their sights on the France forward, although it is likely to take all of that and more to seal what would be a world-record transfer.

If a deal cannot be agreed, Madrid may move instead for Borussia Dortmund's Pierre-Emerick Aubameyang, who has long stated his love for the Spanish side and revealed last year that he had promised his late grandfather he would one day represent Real.