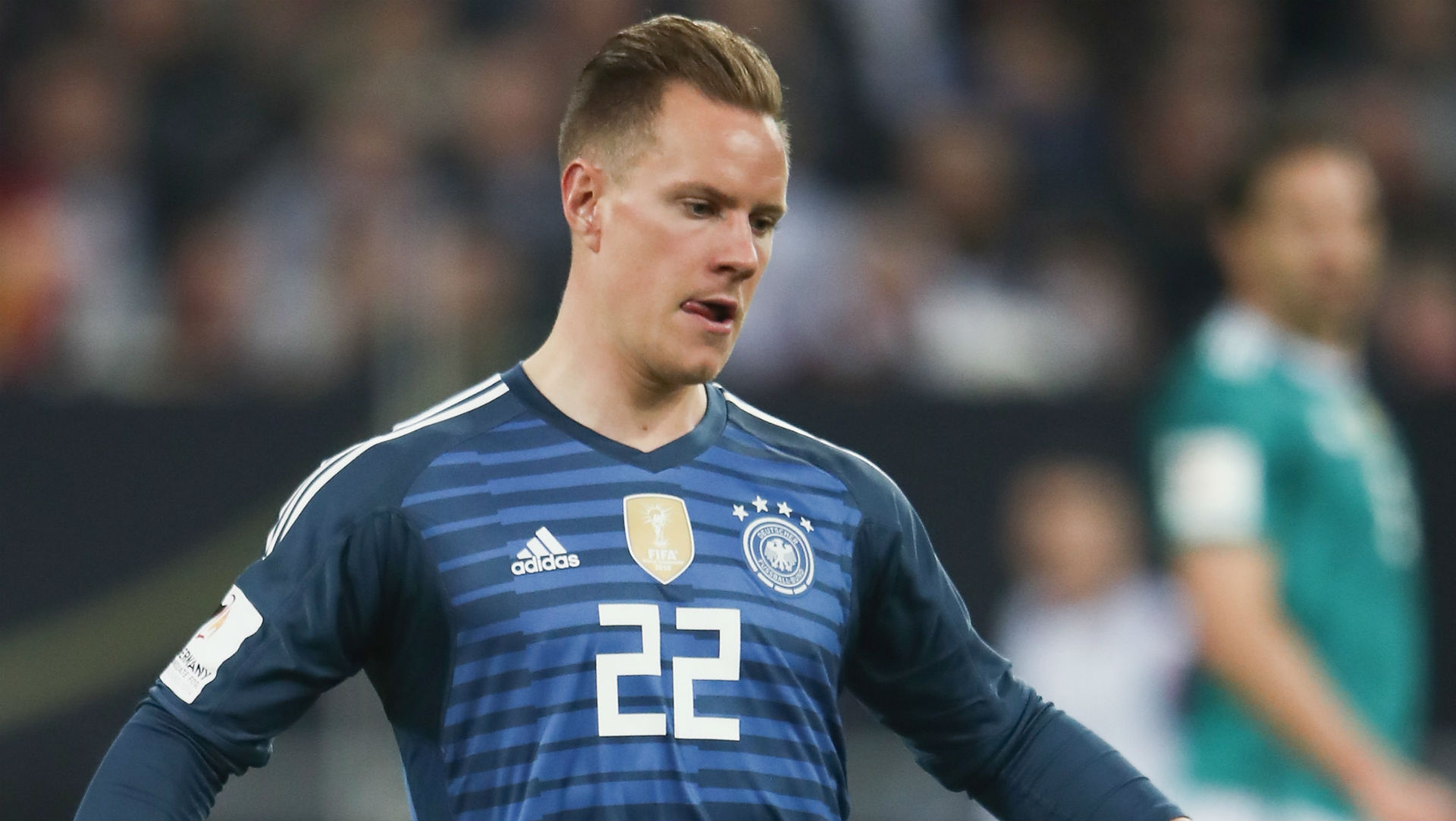 The Barcelona goalkeeper will have his chance to impress but must do something "extraordinary" to dislodge Manuel Neuer as No.1

Barcelona goalkeeper Marc-Andre ter Stegen will get his opportunity to impress for Germany, head coach Joachim Low has confirmed, but remains second choice behind Manuel Neuer with regards to competitive football.

There has been a growing weight of momentum for Ter Stegen to become Germany No.1 ahead of 2014 World Cup winner Neuer, whose form is perceived to have dipped after returning from serious injury.

Low has stoically refused to give the 27-year-old a crack when Neuer has been available, leading to him earning only 22 caps. Meanwhile, the long-time Bayern Munich goalkeeper has accumulated 90 appearances for his country since debuting back in 2009.

Although the coach has now opened the door for Ter Stegen to play, he has said the in the long term the hierarchy remains untouched.

Speaking when naming his squad for the forthcoming match against Argentina in Dortmund, a friendly, and the Euro 2020 qualifier against Estonia in Tallinn four days later, Low explained how the land currently lies in terms of the much-discussed issue.

“Together with [goalkeeper coach] Andreas Kopke, we’ve decided that Marc will play in Dortmund and Manu in Tallinn. We’ve discussed it with both players,” he said. “I have confirmed numerous times that Manuel Neuer is our captain and our No.1 regarding the European Championship – so long as nothing extraordinary happens.”

Meanwhile, there is one new face in the ranks of the Germany squad for the two forthcoming fixtures, with Bayer Leverkusen’s Nadiem Amiri called to the national team for the first time.

The 22-year-old was a member of the Under-21 squad that reached the finals of the European Championship at that age group during the summer only to lose 2-1 to Spain.

Argentina will also be depleted for the fixture at Signal Iduna Park on October 9, with Lionel Messi, Sergio Aguero and Angel Di Maria among the players who will not feature in the match.

After suffering relegation from the top tier of the Nations League, Germany are well on course to qualify for Euro 2020, having won four of their five matches to date.