European Championship
Chris Davie
17:55 15/06/2016
twitter facebook reddit copy
Comments (0)
The Germany boss has been ridiculed after he put his hand around his nose and mouth after it had been down his trousers during Sunday's Euro 2016 clash with Ukraine

Joachim Low has apologised after television replays caught the Germany boss sniffing his hands after touching his genitals.

During Germany’s 2-0 victory over Ukraine on Sunday, Low was pictured putting his hand down his trousers before putting it towards his nose and mouth.

Lukas Podolski jokingly defended Low’s actions but the 56-year-old, who guided his nation to World Cup glory two years ago, insists he was unaware of his own actions in the heat of the moment. 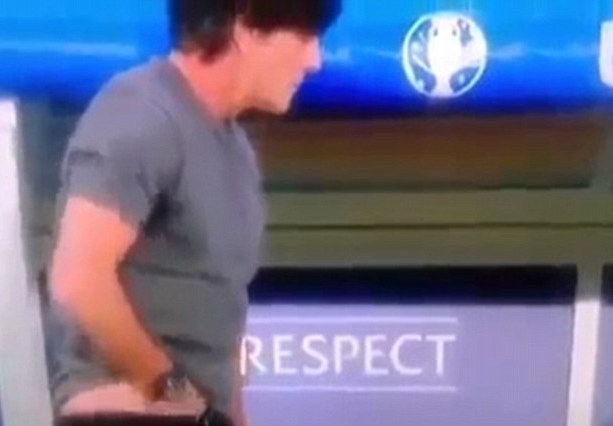 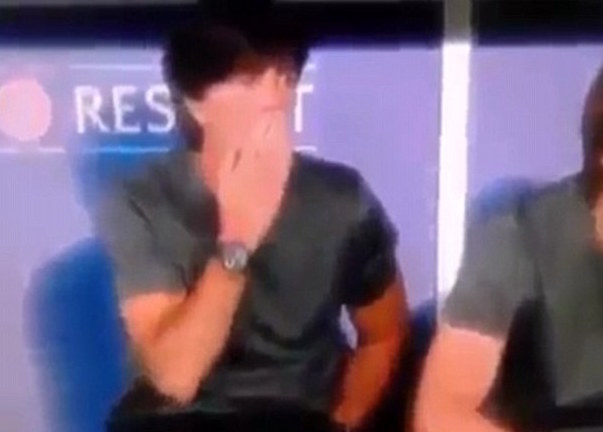 “When you're full of adrenalin, things happen that you don't perceive,” Low explained in Wednesday’s press conference.

”I have also seen the images and I will try to conduct myself in a different way. I’m sorry for it.”