As Trent Alexander-Arnold stands in the Anfield tunnel on Tuesday night, as the atmosphere builds and the first strains of Tony Britten’s iconic anthem ring out, the Liverpool full-back could be forgiven for taking a moment to pause and reflect.

Life, you’d have to say, is pretty good for the young Scouser right now. Not everyone gets to live their dream, but Alexander-Arnold has been doing it on a weekly basis. These Champions League nights under the lights are becoming the norm for the quietly-spoken 20-year-old.

“I remember when I was a kid and I was in the stands,” he exclusively tells Goal ahead of the last 16, first leg clash with Bayern Munich. “I was speechless then and I am speechless now!

“It’s very tough to describe. Not many people will experience it, but you feel so lucky and privileged to be able to play in these games, and to be part of such an amazing club and such an amazing atmosphere. These nights are incredible.”

Tuesday will be Alexander-Arnold’s 69th appearance for Liverpool, and his 18th in the Champions League. He may still speak with the wide-eyed enthusiasm of a youngster, but in footballing terms he is growing up fast.

In the last 12 months alone, he has become the youngest player to appear for Liverpool in a European Cup final, made his senior England debut, scored his first international goal and played at a World Cup finals. He is, as they say, ‘doing bits’ for both club and country.

“It was an unbelievable year,” he says, a hint of a smile appearing. “It was something that me and my family are very proud of.

“Obviously when you’re very young, you dream of those sorts of occasions. I’m very grateful they have happened, and now I want to focus on getting more of them.”

Alexander-Arnold grew up in West Derby, close to Liverpool’s famous Melwood training ground. A boyhood Red, he remembers peering through a hole in the complex’s perimeter wall, hoping to catch a glimpse of his idol, Steven Gerrard. 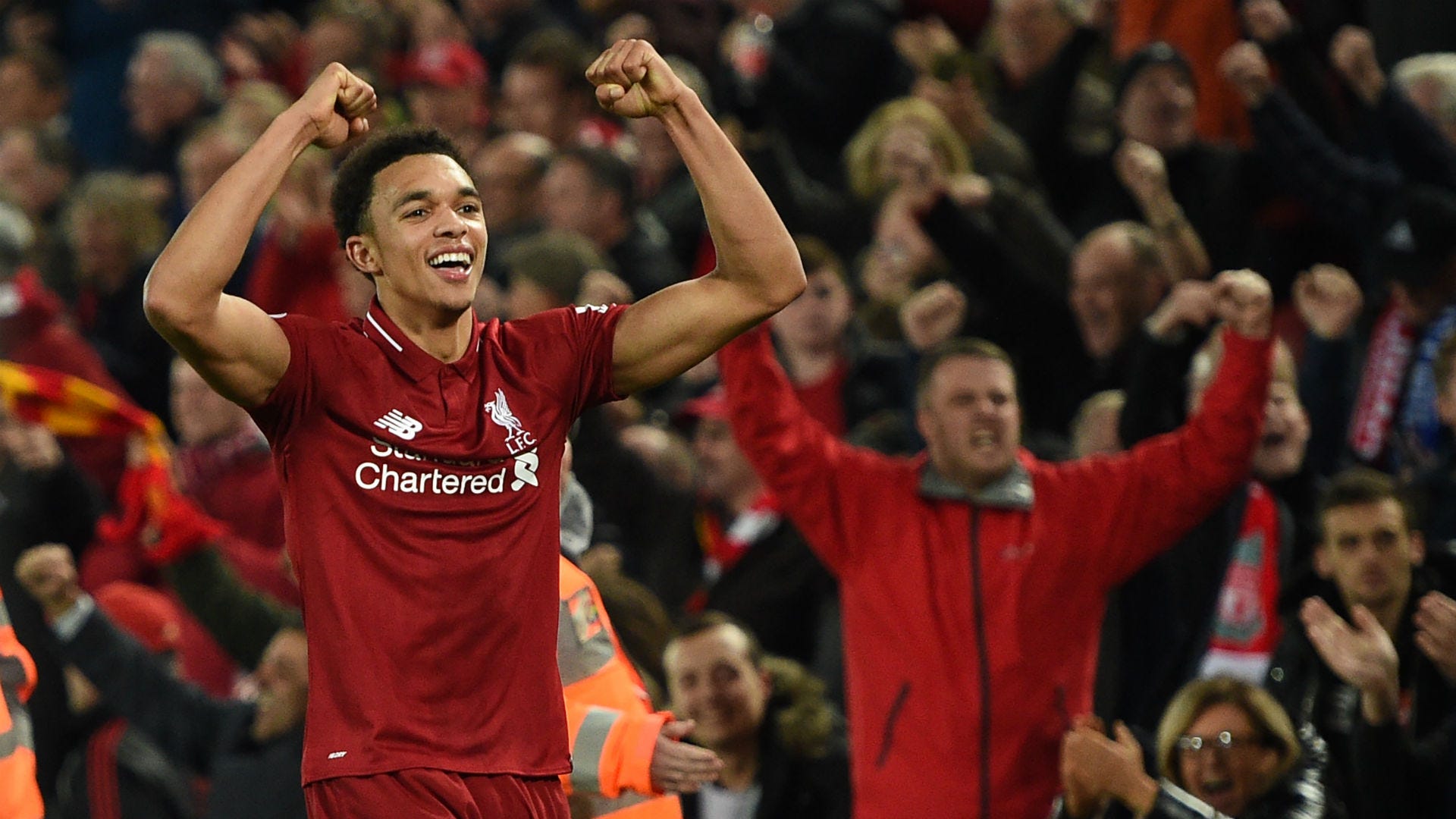 Now he is looking to emulate his hero, to be the home-grown star, the supporters’ representative on the field. “I saw Gerrard and [Jamie Carragher] do it when I was young,” he said recently. “I always wanted to be them.”

It was Ian Barrigan, now Liverpool’s head of pre-Academy recruitment and player retention, who first alerted the Reds to Alexander-Arnold’s potential. Barrigan ran a Sunday League team, and used to ferry his star player to and from games. He’d spotted the youngster’s natural talent a mile off.

At six, he was invited to train at Kirkby, and at eight he would sign his first Liverpool contract, the club seeing off stiff competition from Everton, where Alexander-Arnold had also trained.

“I always supported Liverpool,” he says. “My whole family did!

“I started playing football with my mates and my brothers, in the playground or the park or the front garden. It was just about enjoying it, having a good time playing. I wanted to play all the time.

“Then I started playing Sunday League football, and obviously from there you move into academies, and that’s when you realise that’s where you want to be.”

At Liverpool, his progress was swift. Working under coaches such as Iain Brunskill, Mike Garrity and Karl Robinson, now the manager of Oxford United, Alexander-Arnold was seen as the jewel in the Academy’s crown. Technically gifted, athletic and with a rock-solid mentality, he was always seen as a potential first-teamer, even if predicting the path of a young footballer is rarely a wise move.

“I was probably 13 or 14 when I realised I had a chance to make it,” Alexander-Arnold tells Goal. “That’s when I realised that a bit of education had to be sacrificed in order to become a footballer.

“I’d miss some lessons to go training, miss some afternoons, which was difficult for me and my family because we were so focused on me getting good results in exams and things like that. 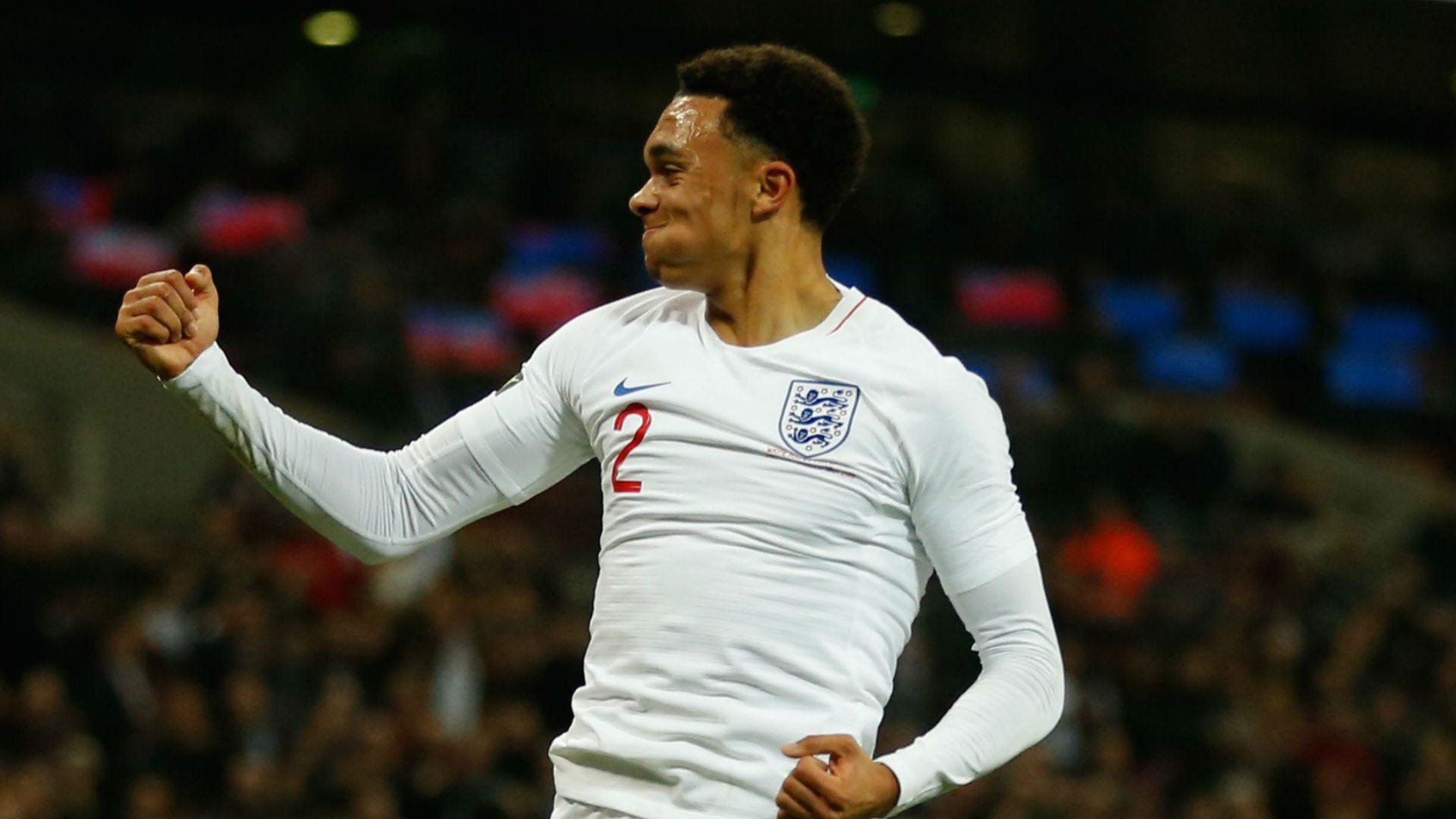 “But it’s good that I had the support and the backing of my parents especially, to have the faith in me to hopefully see my dreams come true. That’s something that I’m really thankful for. Some parents could have said ‘no, it’s not possible, you have to focus on school first and foremost’ but we came up with a plan to catch up on schoolwork, to do extra homework or to stay in during lunch and break-times, and those sacrifices were all worth it.”

Now, the trick is to build on what has gone before. Back from an ankle injury, he’s a certain starter against Bayern as Liverpool look to give their supporters another memorable Champions League campaign.

He’s already the youngest player to represent the club in a European Cup final – a fact he admits he “brushed off” at the time – but anyone expecting Alexander-Arnold to rest on his laurels will be in for a shock. This is one focused, determined, dedicated young footballer.