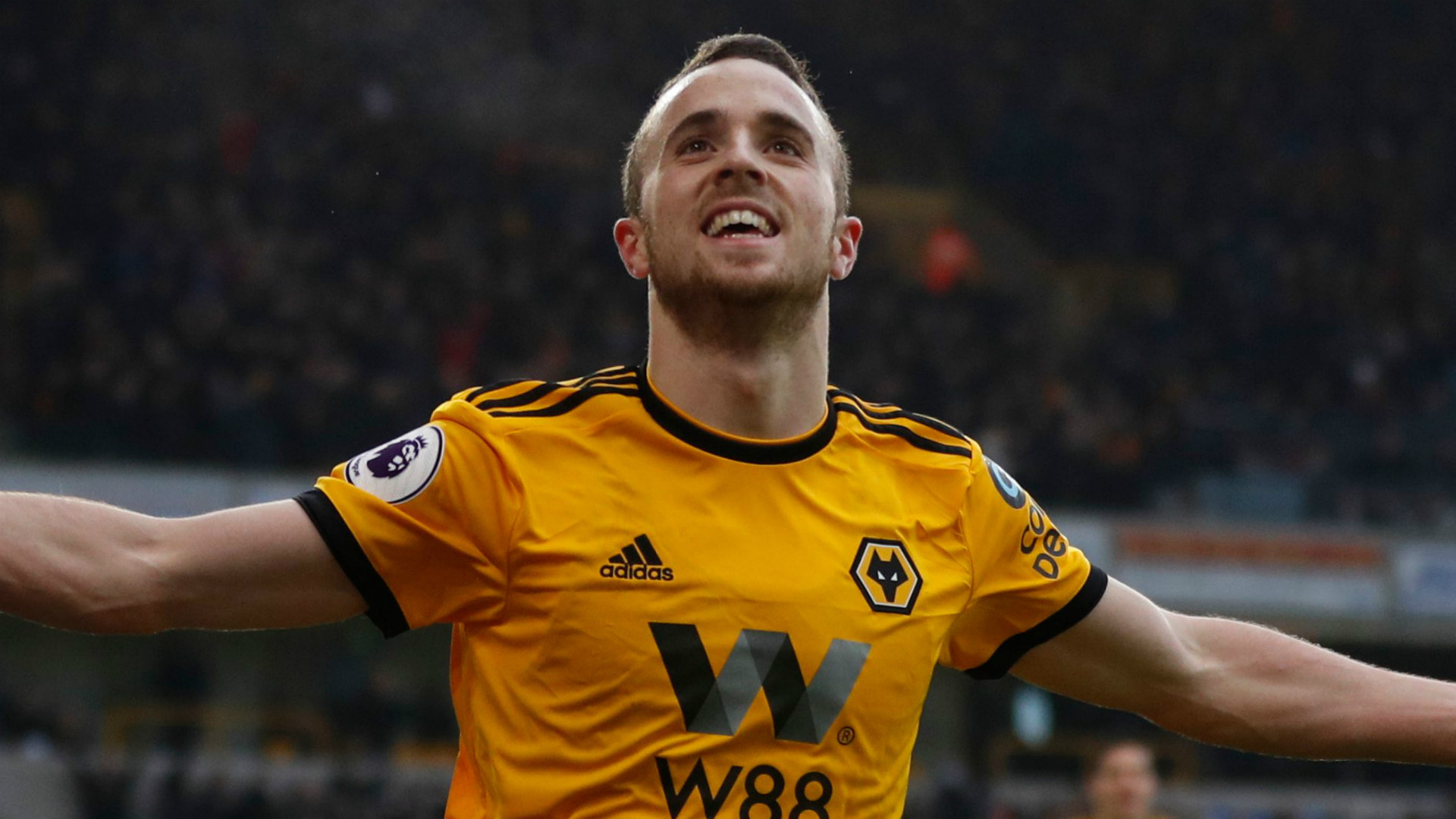 Liverpool are set to complete the £45million (€49m/$58m) signing of Diogo Jota from Wolves, Goal can confirm.

The Portuguese international forward has agreed a five-year deal at Anfield, and will become the second signing of a remarkable week for the Premier League champions.

On Friday, Liverpool confirmed the £27m (€30m/$35m) arrival of midfielder Thiago Alcantara from Bayern Munich, the Spaniard putting pen to paper on a four-year contract as he takes over the No.6 jersey from the departed Dejan Lovren.

And the Reds will now follow up that capture by adding Jota, the 23-year-old who has made a big impact since moving to Wolves in 2017.

Able to play in a variety of positions across the front line, the former Atletico Madrid man is seen as the ideal signing to provide cover for Liverpool’s established front three of Mohamed Salah, Sadio Mane and Roberto Firmino.

Jota has scored 44 goals in 131 appearances for Wolves, and has impressed Klopp with his work rate, determination and flexibility when the sides have met previously.

Liverpool have moved quickly to secure the deal having deemed another target, Watford’s Ismaila Sarr, too expensive.

The Reds were keen on a deal for the Senegal winger, who scored twice to condemn them to their first league defeat of last season back in February, but were reluctant to meet the Hornets’ £40m (€44m/$52m) asking price and thus decided to turn their attention to Jota.

Sources have told Goal that the deal will be worth a guaranteed £41m (€45m/$53m) but that, crucially, Wolves have agreed to flexible payment terms which will see Liverpool pay as little as 10 per cent of that figure over the next 12 months.

Much of that will be offset by the transfer of defender Ki-Jana Hoever, who is moving to Wolves from Liverpool. The 18-year-old is highly rated at Anfield, but was keen to play first-team football and, with Neco Williams having moved ahead in the pecking order at right-back, the decision has been taken to let the Dutch youth international leave.

Juventus and Atletico Madrid are understood to have enquired as to Hoever’s availability this summer, but Liverpool believe Wolves, with their 3-4-3 system under Nuno Espirito Santo, could provide the perfect fit, footballing-wise, for the former Ajax trainee.

He is unlikely to be the last departure, either. Liverpool are keen to offload goalkeeper Loris Karius and winger Harry Wilson, while both Crystal Palace and Sheffield United are interested in signing promising striker Rhian Brewster, 21, on a permanent deal.

Marko Grujic is another expected to leave, though Liverpool are reluctant to sanction another loan move for the Serbia international. Ben Woodburn and Kamil Grabara will depart on loan, and could be joined by the likes of Herbie Kane, Taiwo Awoniyi and Anderson Arroyo.

It is the incomings, though, that will excite supporters. The arrivals of Thiago and Jota, coupled with the capture of left-back Kostas Tsimikas earlier in the summer, mean the reigning champions have addressed key areas of their squad ahead of what will be an arduous campaign.

Their total transfer outlay is now in excess of £70m (€76m/$91m), though they will hope to recoup the bulk of that through sales.