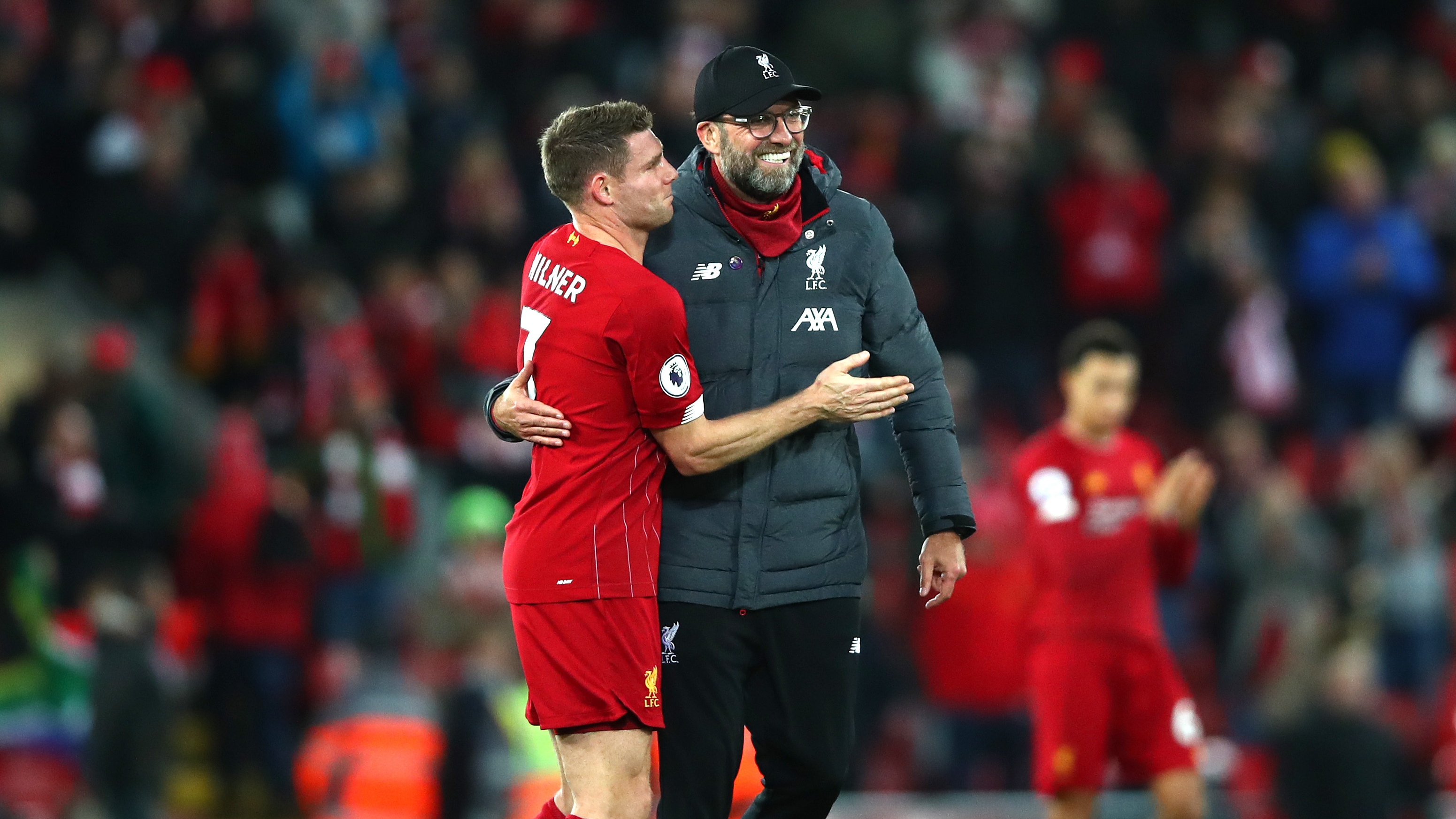 Liverpool's 5-2 win over Everton has become even sweeter with the Reds setting a new club record at the expense of their Merseyside rivals.

Their previous best unbeaten patch was a period of 31 matches between May 1987 and March 1988 with Liverpool going on to win the 1987-88 league title as a result.

The Reds last Premier League loss now dates back to January when they fell to Manchester City 2-1 and in the process would ultimately miss out on finishing first last season by a single point.

While still early days of this campaign, Liverpool's strong start sees them eight points clear at the league summit with Pep Guardiola's men trailling even further by 11 points.

Despite not starting Mohamed Salah nor Roberto Firmino against Everton on Wednesday, Klopp's side were still far too strong for the Toffees as they struck four times before the half-time.

Divock Origi backed a brilliant brace, while Xherdan Shaqiri, Sadio Mane and Georginio Wijnaldum also got their names on the scoresheet by full-time.

The routine victory was Klopp's 100th Premier League win as he reached the milestone after just 159 matches. Only Jose Mourinho has achieved the feat quicker after he brought up a century of wins following 142 games.

While the Reds' win was significant for a number of reasons, the loss for Everton sees them drop into the relegation zone for the first time after 15 league games since 1999.

That reality piles even more pressure upon Toffees manager Marco Silva, whose position in charge of the club has come under increasing scrutiny.

The Portugal native told BBC's Match of the Day post-match he wasn't the man to ask about his job moving forward.

"I am not the right person to answer about the situation, this question is for different people," Silva said.