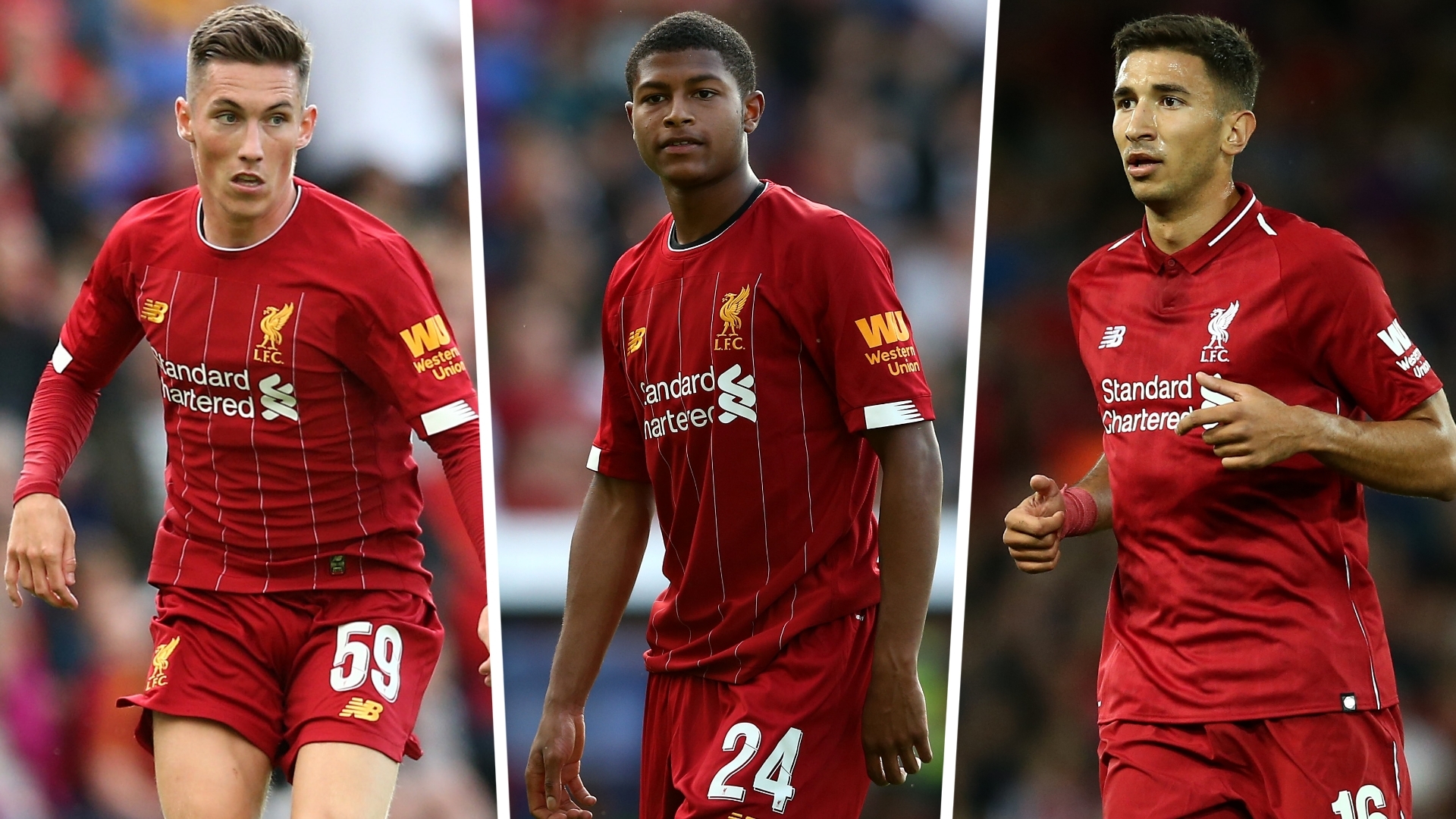 Liverpool have received offers for Rhian Brewster, Harry Wilson and Marko Grujic, with all three in line to leave the club before next week’s transfer deadline.

Sheffield United have made their move for Brewster, while Burnley have tabled a bid of around £12 million ($16m) for Wales international Wilson.

Grujic, meanwhile, is the subject of an offer from Borussia Moenchengladbach, who are keen to take the Serbian midfielder back to the Bundesliga after two successful seasons on loan there with Hertha Berlin.

Liverpool are yet to accept any offers, but there is a feeling within the club that deals will be struck for all three players before Monday’s deadline, with the Reds hoping to raise around £50m ($65m) from the trio.

The departure of Brewster is the most interesting. The 20-year-old has long been tipped as a star of the future at Anfield, but is now set to move on in search of first-team football.

Brewster, who moved to Merseyside from Chelsea in 2015, scored 11 goals in 22 appearances on loan at Championship club Swansea last season and looked sharp during Liverpool’s pre-season training camp in Austria last month.

But with Roberto Firmino well established as the Reds’ No.9, with Diogo Jota signed and with Divock Origi and Takumi Minamino in Jurgen Klopp’s squad, opportunities are likely to be limited this season and beyond.

Brewster has played four times for Liverpool’s senior side but is yet to feature in the Premier League, and Sheffield United are ready to put their faith in the England Under-17 World Cup winner.

The Blades, it is understood, are willing to sanction a transfer which would cost them up to £20m ($26m) including add-ons, though sources have told Goal that Liverpool would insist on a buy-back clause in any deal.

Crystal Palace, Fulham and Brighton are also keen on the Londoner, and it remains to be seen whether either return with formal bids as time runs out in the window. Palace have signed Michy Batshuayi on loan from Chelsea, while Fulham have just added England U21 forward Ademola Lookman on loan from RB Leipzig.

Wilson, meanwhile, is also likely to remain in the Premier League, though Burnley’s opening offer is thought to fall some way short of the Reds’ initial asking price.

Leicester had looked at the 23-year-old, who scored eight times on loan at Bournemouth last season, while Fulham, Southampton, Leeds and Newcastle have also expressed interest. Aston Villa asked about a potential loan earlier in the summer, but were told that Liverpool wanted a permanent deal only.

As for Grujic, he is expected to feature in Thursday’s Carabao Cup fourth round tie with Arsenal at Anfield. The 24-year-old scored in last week’s win over Lincoln, his first Reds appearance since December 2017, but accepts that competition for midfield places means he is unlikely to get regular game-time should he stay on Merseyside.

Gladbach had been keen to sign him last summer, only for Grujic to choose to remain with Hertha for another season. The former Red Star Belgrade man settled well in Germany, and is understood to welcome the idea of a permanent move, if a fee can be agreed. Liverpool value him at £20m, believing he has proven himself as a top-level midfield player during his time with Hertha, where he made 54 appearances in total.

Midfielder Ben Woodburn is expected to follow them, but a proposed move to Eredivisie side Sparta Rotterdam has stalled, with Hull now leading the chase for the Wales international.

Another who could leave on a temporary basis is Dutch centre-back Sepp van den Berg, who has suitors in both Germany and his native Netherlands. Liverpool believe a loan move would benefit the 18-year-old, who has not developed as expected since his move from PEC Zwolle last year.

Van den Berg played for Barry Lewtas’ U21 side in the EFL Trophy against Tranmere on Tuesday night, so will not be considered for the Carabao Cup tie with Arsenal, with fellow teenagers Rhys Williams and Billy Koumetio both hoping to be involved.

Liverpool will also look to fix up a loan move for Canada international forward Liam Millar, who has collected first-team experience during two spells with Kilmarnock in Scotland.

Yasser Larouci is another set to depart, with two clubs contacting the Reds about a deal for the 19-year-old left-back.

Norwich had been keen on Larouci earlier in the summer, but Liverpool expect the majority of deals to go down to the wire as clubs look to get as much business done as possible ahead of next Monday’s 11pm (UK time) deadline.