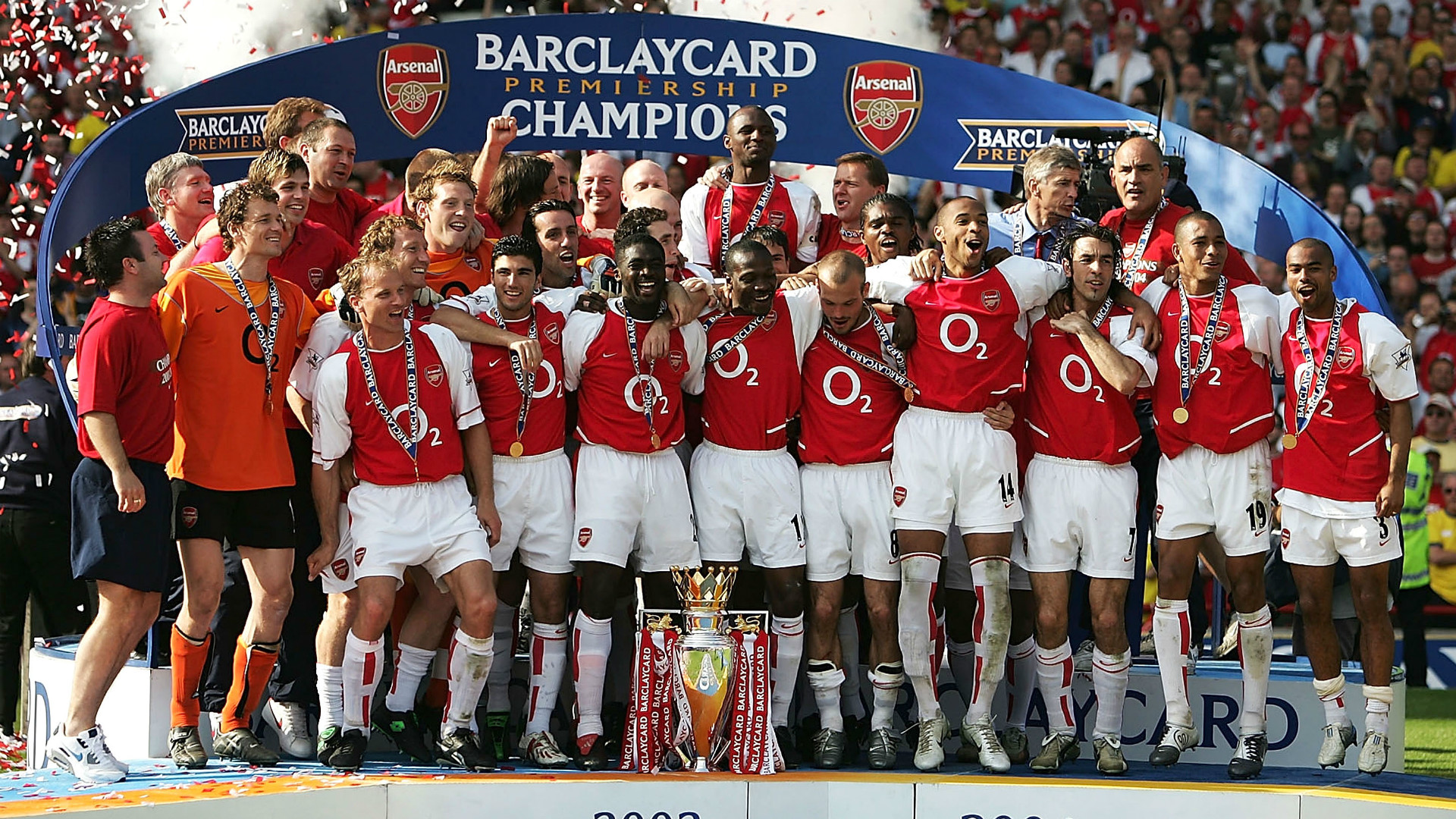 Liverpool and Manchester City are fantastic teams but they're not 'Invincibles', says ex-Arsenal talisman Dennis Bergkamp.

City have been the dominant force in England for much of Pep Guardiola's four-year reign at Etihad Stadium, winning eight domestic trophies in total, including two Premier League titles.

However, Liverpool have emerged as the main challengers to the Blues' throne over the past two seasons, and finally managed to knock them off their perch to secure a first league crown in 30 years at the end of June.

Jurgen Klopp's men were protecting a 44-match unbeaten run at one stage, with a sequence of 18 successive wins taking them well clear of City and the rest of their main rivals in the top-flight.

However, a 3-0 defeat against Watford on February 29 ended their hopes of emulating Arsenal's 2003-04 'Invincibles', and Bergkamp is still revelling in that all-star squad's "tremendous achievement" to this day.

The former Gunners centre-forward told FourFourTwo magazine: "The word says it all – invincible. You felt like that going onto the pitch. You knew you were going to win – it was just a matter of how, and by how many goals.

"You’d look around the dressing room and think, ‘Jeez, what a team’. We were better than our opponents in every single area.

"We were all friends, too. We’d go to dinner with six or seven players, or meet up at someone’s house with the wives and girlfriends. Maybe you need to be a team of friends to be successful.

"It was a great time and it went down in history. It’s hard to beat – there have been some fantastic teams since then, quite recently with Manchester City and Liverpool, and they find it really difficult to do what we did.

"Every year, it makes me more proud. It was a tremendous achievement."

Arsenal's current crop are a long way off matching the success Arsene Wenger's players enjoyed at Highbury in the early 2000s, but Mikel Arteta has overseen an impressive run of results since the resumption of the 2019-20 campaign in June.

Newly crowned champions Liverpool fell to only their third loss of the campaign at the Emirates last week, and the Gunners followed up that result by knocking City out of the FA Cup with a 2-1 victory in Saturday's semi-final clash at Wembley.