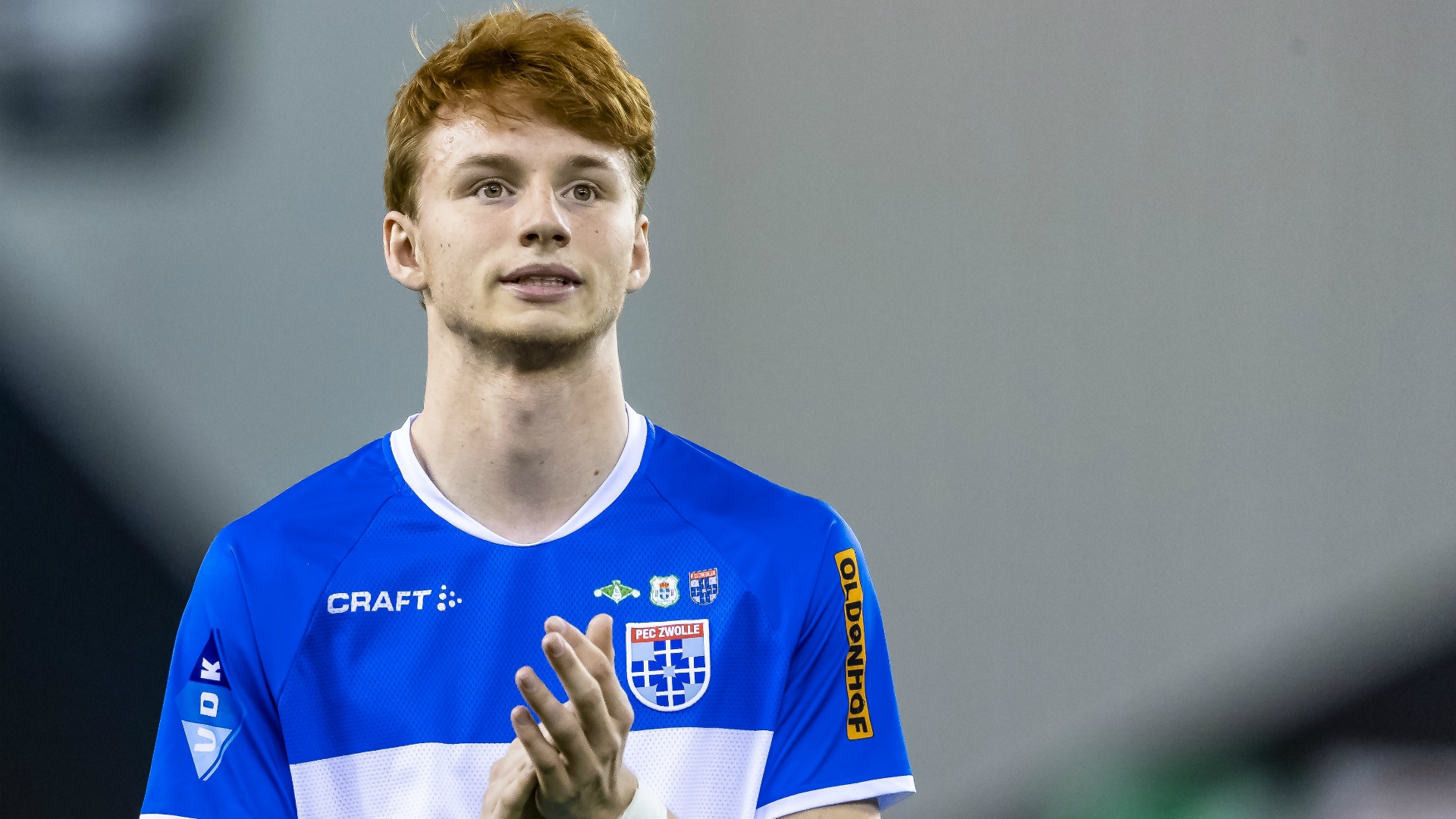 Liverpool are hoping to complete the signing of teenage defender Sepp van den Berg from PEC Zwolle, but will face competition from a host of top European clubs for the Netherlands youth international.

The Reds are keen to bring the 17-year-old centre-back to Anfield this summer, but Bayern Munich, Ajax and PSV Eindhoven are all keen on the Dutch under-19 star, while Sampdoria are understood to have bid €2.5m (£2.25m) for him in January.

After a 2017-18 in which he made his first-team debut with seven matches in the Eredvisie, Van den Berg enjoyed a breakthrough year at Zwolle last season, playing 16 Eredivisie games under former Manchester United defender Jaap Stam, helping them to a 13th-place finish in the Dutch top flight.

The defender would go into Liverpool’s Academy setup initially, playing for the under-18 and under-23 sides, with a view to progression to Melwood should he impress at that level.

Liverpool enjoyed success after recruiting another young Dutch defender, Ki-Jana Hoever, from Ajax last summer. Hoever shone at youth level and made a surprise senior debut in the FA Cup at Wolves in January. Reds chiefs hope the 6ft 3in van den Berg can follow in those footsteps.

Van den Berg's signing, although not yet confirmed, would be seen as a real coup for the Reds’ recruitment team, given the level of competition. Dave Fallows, the head of recruitment, and chief scout Barry Hunter have in been particularly keen to pursue the deal, and believe significant progress has been made in the past few days.

Hunter was instrumental in the signing of Joe Gomez from Charlton in 2015. Then, Liverpool recruited a young, promising defender with a view to developing him as a first-team player for the long-term. Gomez's impact on Merseyside was almost immediate, though injuries hampered his progress thereafter.

Liverpool's recruitment team are confident that van den Berg, who is about to enter the final year of his contract with Zwolle, is at a similar level to Gomez four years ago, and expect him to, like Hoever, push for a place in Jurgen Klopp's first-team squad before too long. Like Hoever, he already speaks excellent English and the scouting reports and character references from the Netherlands have been overwhelmingly positive.

The defender, who does not turn 18 until December, has already represented the Netherlands at under-19 level, playing for them three times and scoring once during the UEFA U-19 championship qualifying rounds. His younger brother, Rav, is also on Zwolle's books and has been previously linked with Liverpool, although sources have told Goal that Sepp is the only one the club are pursuing at present.

Liverpool released a number of under-23 and under-18 players earlier this month, including defenders Corey Whelan, Patrik Raitanen, Conor Masterson, Juanma and Connor Randall.