The on-loan Juventus man cancelled his holiday in order to get up to speed at Anfield, and is now awaiting his first-team chance

“I don’t think he knew who we were playing, he just knew there was a game and he wanted to be a part of it.” When you’re used to Camp Nou and the Allianz Stadium, you could be forgiven for looking at the Crown Oil Arena with a degree of snootiness. Not many Brazil internationals, one would imagine, have trotted out at the home of Rochdale FC down the years.

For Arthur Melo, however, it is a case of needs must at the moment. And if that means a run out in the Papa John’s Trophy on a Tuesday night against League Two opposition, surrounded by teenagers in Barry Lewtas’ Under-21s side, then so be it.

It has been a hectic few weeks for Liverpool’s latest signing, who is doing everything he can to get up to speed following his loan move from Juventus on the final day of the summer transfer window.

Brought in to help alleviate the Reds’ midfield injury crisis, Arthur has so far been limited to just 13 minutes of first-team action, appearing as a late substitute in the ugly 4-1 defeat at Napoli in the Champions League earlier this month.

Naturally, he arrived on Merseyside short of fitness, having missed the entirety of Juventus’ pre-season campaign, but the cancellation of Liverpool’s recent fixtures against Wolves and Chelsea, plus the latest international break, has given him an opportunity to play catch up, and he has used the time well. 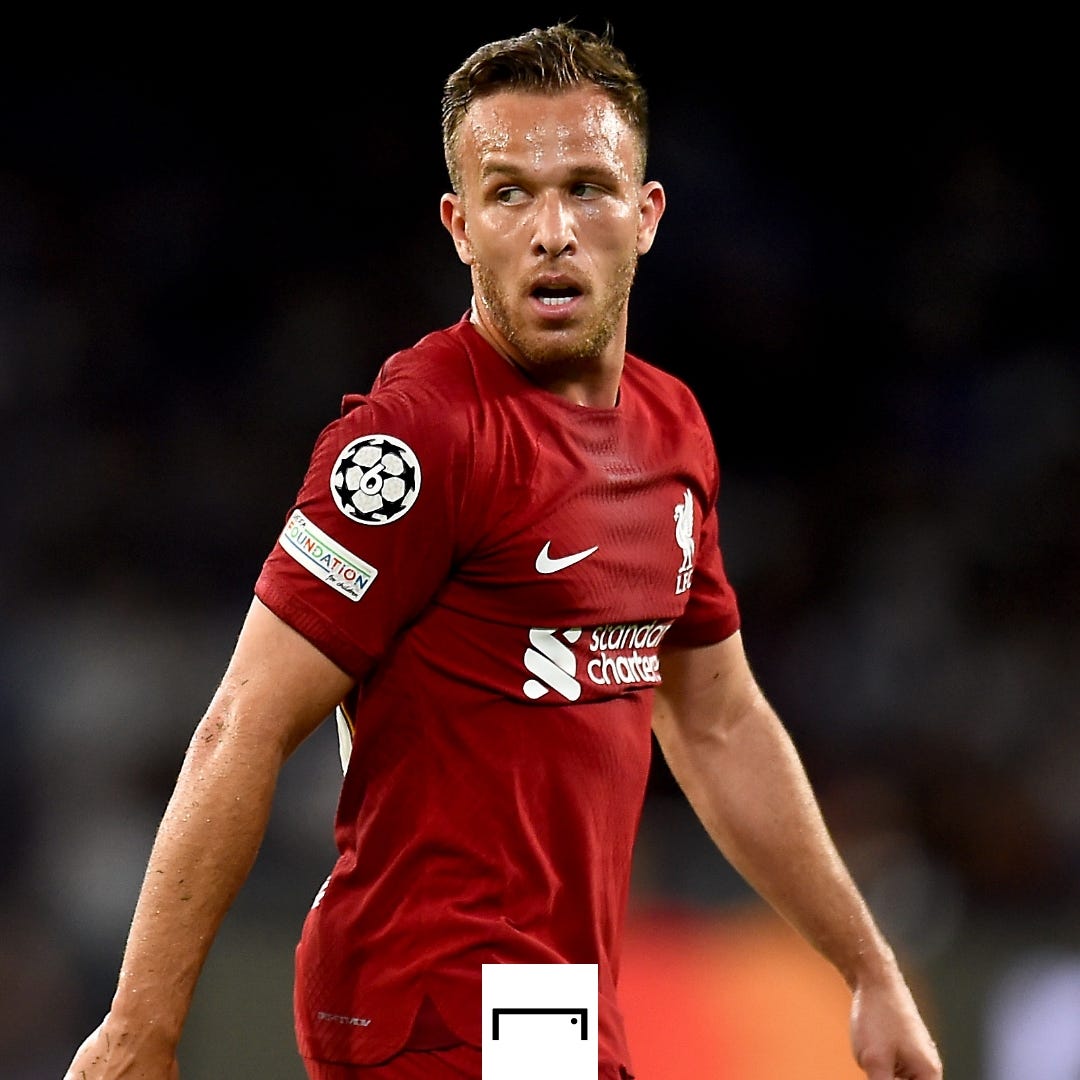 “He could have had a week off but he didn’t want that,” says Lewtas, who welcomed Arthur into his U21 training group while Jurgen Klopp’s senior squad headed off around the world. “He wants to get fit, which shows his level of professionalism, and he’s been really good to have around.”

Arthur, whose last competitive start had been in a Serie A defeat to Genoa back in May, played 90 minutes for the U21s in a Premier League 2 win at Leicester before joining a depleted squad in Rochdale last Tuesday. He lasted just over an hour before being replaced by Jay Spearing, the 33-year-old player-coach, in a substitution which set social media ablaze with its wackiness.

It was, it has to be said, an unremarkable performance, neat and tidy without doing anything spectacular. The 17-year-old Stefan Bajcetic, playing alongside him, was the more eye-catching midfielder on the night if truth be told.

Just over an hour for Arthur and Stefan Bajcetic, as they are replaced by Jay Spearing and 15-year-old Carter Pinnington.

But for Arthur, the past month has been about moving forwards, first by finding a new club having been told he was surplus to requirements at Juve, and then by getting back towards full fitness as quickly as possible.

He has brought with him a specialist team to Liverpool, working with Barcelona-based physio Adrian Martinez Castro, as well as a Brazilian nutritionist and in-house chef. He has also drafted in the services of a fitness coach from Catalan company Fisiobox, which works with luminaries such as Alexia Putellas, Bojan Krkic and Rafinha Alcantara, brother of Liverpool midfielder Thiago, as well as stars from the world of basketball, tennis and handball.

“It is normal that the first few weeks in Liverpool were of adaptation,” Federico Pastorello, Arthur’s agent, told Gazzetta dello Sport recently. “He signed on the last day of the market day, he came from a season where he didn’t play so much and from an injury, so his condition was in recovery.

“At Liverpool they are all happy with him. He’s almost recovered and I believe that he will soon start playing. Obviously Klopp will make his choices, but everything is going very well."

Both the player’s camp and Liverpool have dismissed reports in Italy that Arthur may be sent back to Juventus as early as January, with the Reds apparently unimpressed by what they’ve seen, including a laid-back approach to training. “Silly and ridiculous,” one source told GOAL, and events of the past fortnight would certainly appear to contradict the idea of a lazy or demotivated player. 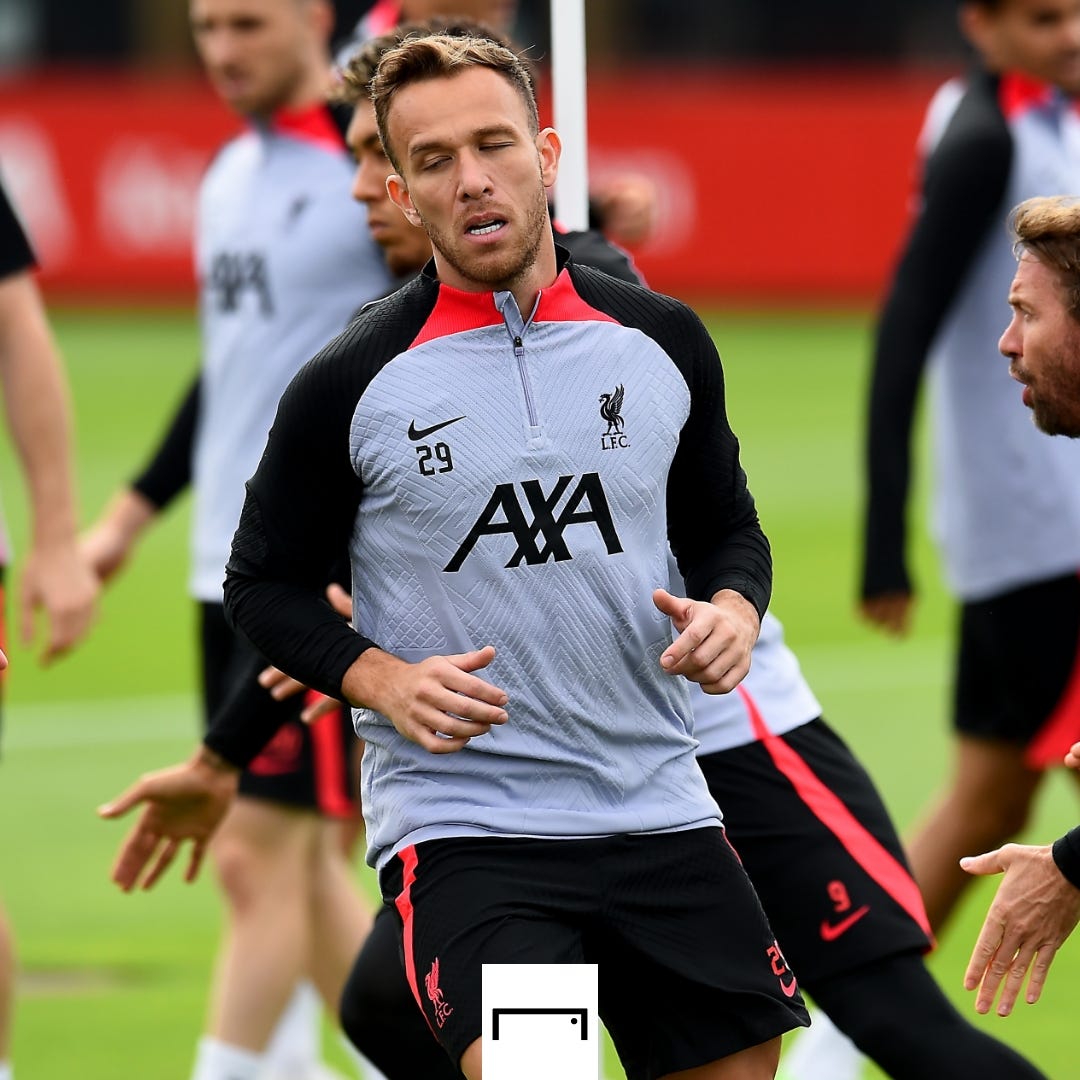 Liverpool paid a loan fee of close to £4 million (€4.5m/$4.3m) for Arthur, and while it is not expected that they will take up the £33m (€37.5m/$36m) permanent option next summer, there is still a belief that the 26-year-old will be able to make a contribution at Anfield, especially in a season which will be disrupted by the winter World Cup.

With Thiago Alcantara and Jordan Henderson now fit after injury, and Curtis Jones not far behind, competition for midfield places should be far greater than in recent weeks, but Liverpool play a dozen games between October 1 and November 12, meaning rotation will be not only preferable for Klopp, but necessary.

Good news for a player such as Arthur, then, who is desperate to re-launch his career in England. It’s been a slow start, but those extra sessions, and that unexpected trip to Rochdale, could yet prove to be the best thing ever did.