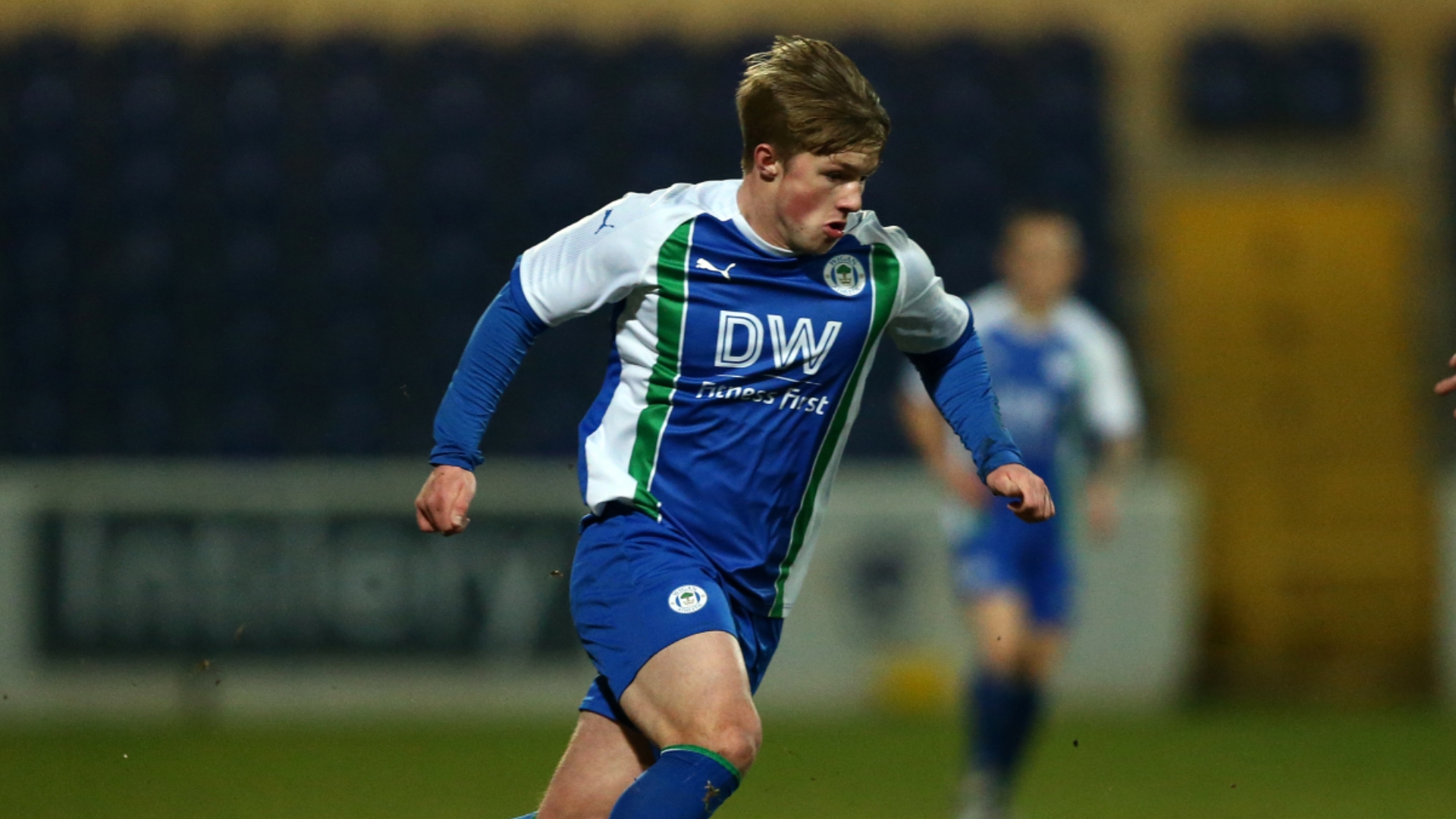 The 17-year-old is viewed as one of the Championship’s hottest prospects, and will this week represent England at Under-18 level for the first time.

Born in Netherton, Gelhardt is a boyhood Liverpudlian but joined Wigan as a 10-year-old, and his progress since has been noted by the Reds.

Gelhardt, despite being on the losing side, impressed for the Latics against Liverpool in the fifth round of the FA Youth Cup back in February, a game attended by Alex Inglethorpe, the Reds' Academy director.

The left-footed frontman made his senior debut for Wigan as a 16-year-old, appearing in an EFL Cup defeat at Rotherham in August 2018. In April, he made his league bow for Paul Cook’s side as a half-time substitute away at Birmingham and he called it 'a dream come true'.

He has featured this season, too, coming off the bench in last Saturday’s goalless draw against Barnsley at the DW Stadium.

Cook, a Scouser, has been quick to praise the youngster, stating after a pre-season win over Burnley that Gelhardt and fellow teen Jensen Weir were “just so comfortable at this level.”

Gelhardt scored in that game, telling the Wigan Observer afterwards that the moment was one he would 'remember for the rest of his life'.

In the same interview, he offered an insight into his mentality, telling reporters: "I don't really get nervous...well I do, but in a good way!

"It's something I try to use to help my game rather than affect it. Rather than shy away, I like to get on the ball and express myself, and it's going well at the moment!"

Seventeen-year-old Joe Gelhardt drills one for the Latics. #wiganathletic pic.twitter.com/avTh8IqNTa

Gelhardt is contracted to Wigan until 2021, but interest in him is growing and Bobby Duncan's departure to Fiorentina has created a vacancy at Liverpool for a striker in their Under-23 squad.

Everton, like Liverpool, have made regular checks, while Wolves and Leicester have been alerted to his talents. Chelsea, too, sent scouts to watch his games for Wigan’s youth teams last season.

A number of other Premier League clubs will be in attendance at the Greene King Stadium, Leicester on Friday with both Gelhardt and Weir expected to feature for England Under-18s against Australia.

Games against Brazil and South Korea will follow, while both will hope to be involved when Wigan resume their Championship campaign at Hull on September 14.