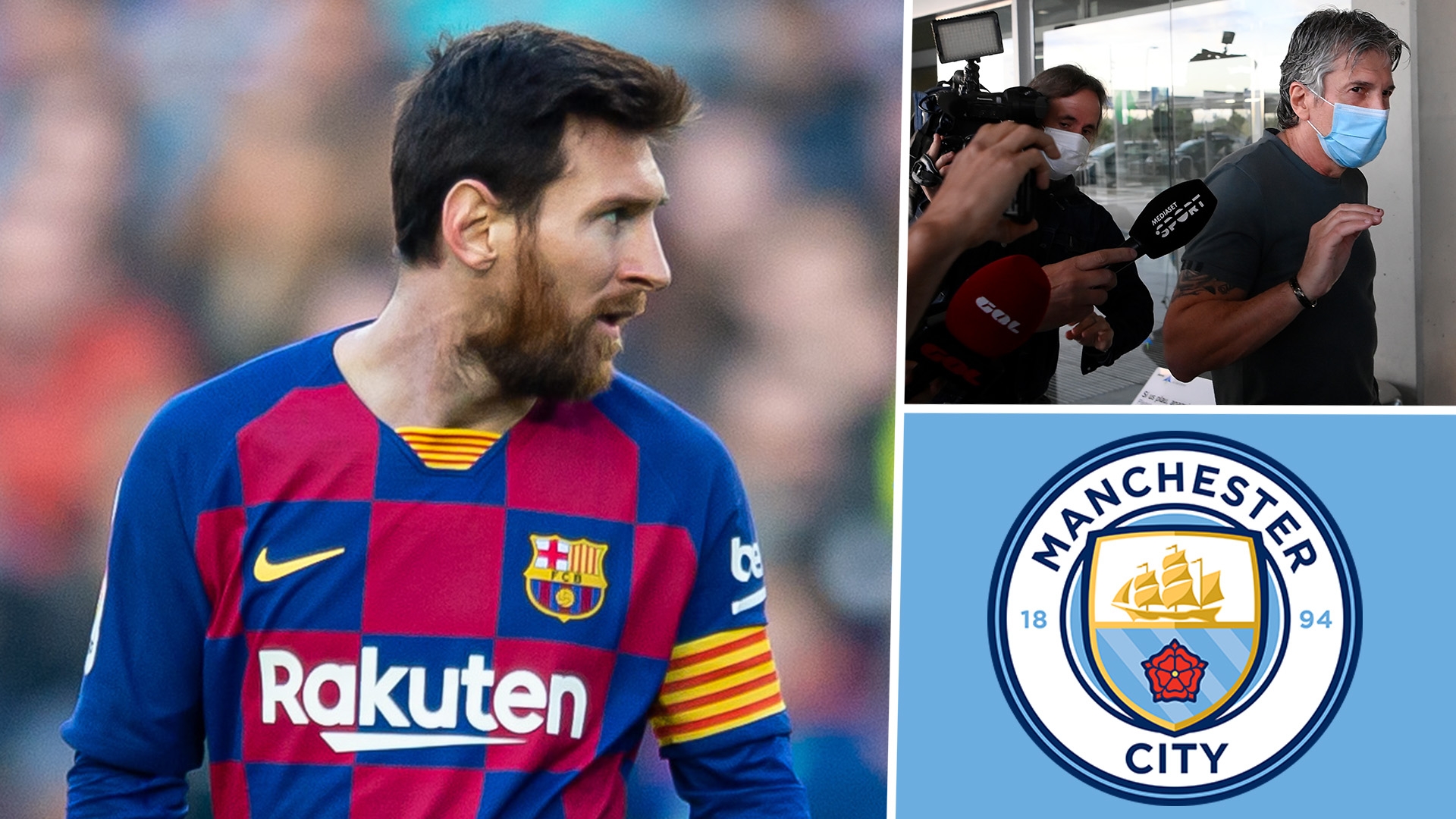 Lionel Messi's father and agent Jorge has arrived in Barcelona and is expected to try to negotiate a move away for the six-time Ballon d'Or winner.

Jorge Messi will reportedly meet with Barca president Josep Maria Bartomeu on Wednesday to discuss a potential departure for the club captain, who last week informed the Catalan giants of his desire to leave.

However, it has been reported that Barca are willing to offer their all-time leading goalscorer a contract extension until the 2022 World Cup in Qatar.

Messi did not report for the first day of pre-season training under Ronald Koeman on Monday, signalling his belief that a clause in his contract allowing him to leave on a free has been activated.

He also failed to show up for a coronavirus screening on Sunday and will not join his team-mates for training as he no longer considers himself part of Koeman’s squad.

However, Barca and La Liga are of the opinion the €700 million (£624m/$823m) release clause in a deal that runs until next June will need to be met for him to terminate his agreement at Camp Nou, although the Argentine's legal team are ready to argue that he should be allowed to terminate his deal unilaterally.

Messi had a clause in his contract which would have allowed him to cancel his Barcelona deal, which expired in June. However, he believes it was still valid when he notified Barcelona of his desire to leave last week, due to the 2019-20 season being extended into August because of the coronavirus pandemic.

Manchester City, managed by former Barca boss Pep Guardiola, are reported to be leading the race to sign Messi. Paris Saint-Germain and Inter have also been credited with significant interest in the 33-year-old Argentina international.

Messi has written himself into club legend by scoring a record 634 goals for the Catalans in 731 outings, including 31 in 44 last term, in which Barca finished second in La Liga to Real Madrid, having led the league prior to the coronavirus lockdown, and suffering a humiliating 8-2 defeat to Bayern Munich in the quarter-finals of the Champions League.

During his time with the club, Messi has won the Primera Division title on 10 occasions and has helped Barca to four Champions League titles. Additionally, he has scooped the Ballon d’Or, recognised as football’s greatest individual honour, on six occasions, one more than great rival Cristiano Ronaldo.