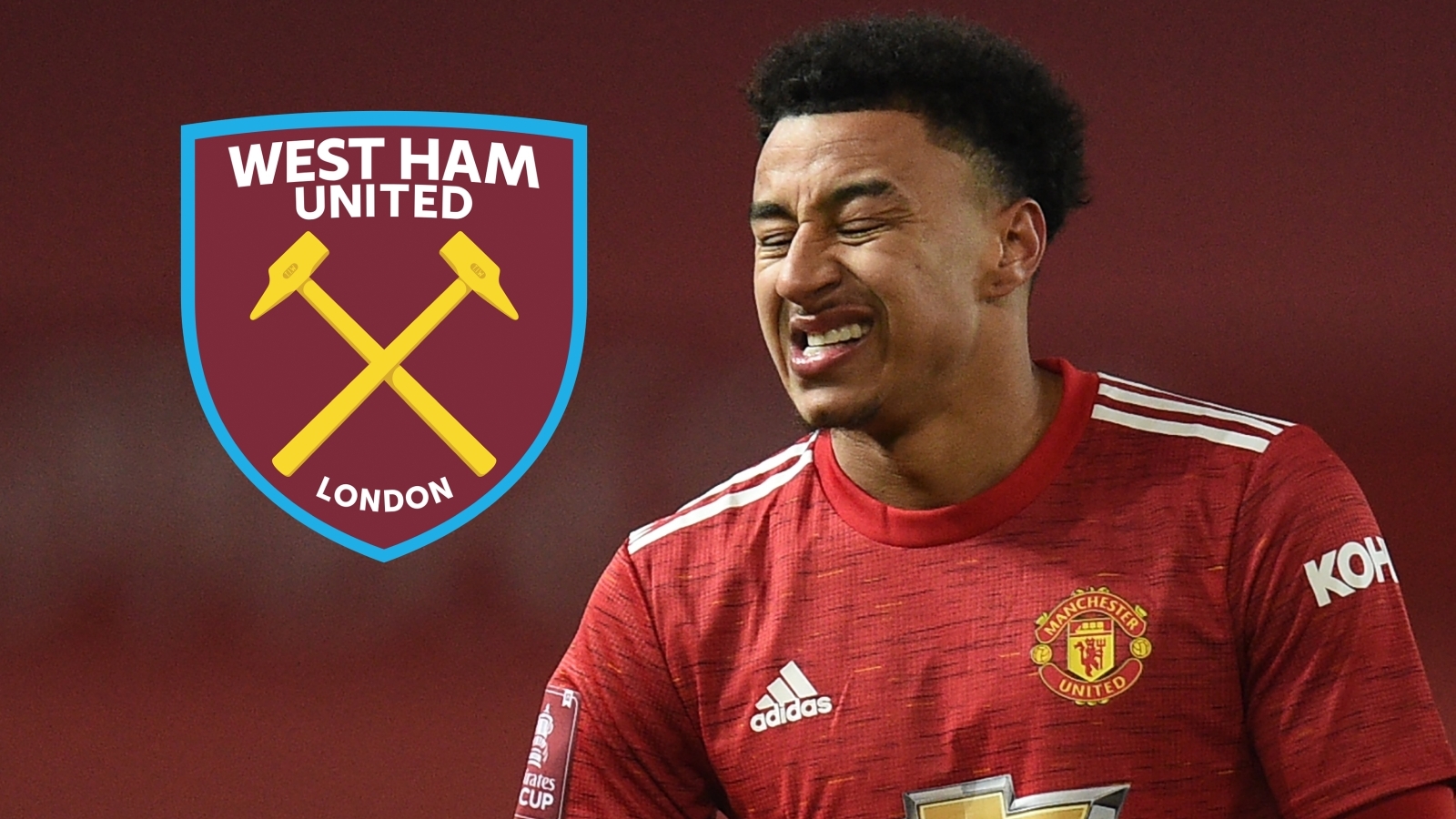 Out of favour at Old Trafford, the attacking midfielder could see out the remainder of the season with David Moyes' Hammers

West Ham are leading the race to sign Jesse Lingard on loan for the rest of the season, although the Manchester United attacker still does not know where he will be playing the remainder of the campaign.

Lingard has made just two starts for Ole Gunnar Solskjaer’s side this season and has failed to play a single minute in the league during the current campaign, having fallen down the pecking order.

It is understood Solskjaer was keen to keep the 28-year-old at Old Trafford as he wants a big squad as they attempt to compete for three trophies. However, after conversations between the pair, the United manager reluctantly agreed to let Lingard leave on loan.

It is understood a number of clubs have registered their interest, including Sheffield United, West Brom and various clubs abroad, but West Ham lead the race and Lingard would prefer to stay in the Premier League.

However, while David Moyes’ side are the current favourites to land the 28-year-old, it is understood that, despite progress with Solskjaer last week, talks are still ongoing and Lingard is no clearer as to where he will be for the rest of the campaign and is hoping for a breakthrough this week.

"Jesse trained this morning, he wasn’t in the squad," Solskjaer said after Lingard was left out of the FA Cup clash to face Liverpool. “So, of course, he wants to play football, we will have to see and I will sit down with Jesse and make a decision on what we're going to do.

"So far, he’s been the ultimate professional, trained well with a small group this morning that were not in the squad. I will sit down and see if anything comes up. I'm very happy to have him around us as I know he could have played today and done well."

Lingard has made over 200 appearances for the club, having joined when he was just seven years old.

United triggered an extension in his contract just before Christmas which means his current deal runs until the end of 2022 season. He is highly regarded at Old Trafford but with playing time limited, he has been seeking an exit.

United are expecting a quiet last week of the window in terms of incomings but there are possibilities of a couple of outgoings, with Sergio Romero and Marcos Rojo struggling for any game time.