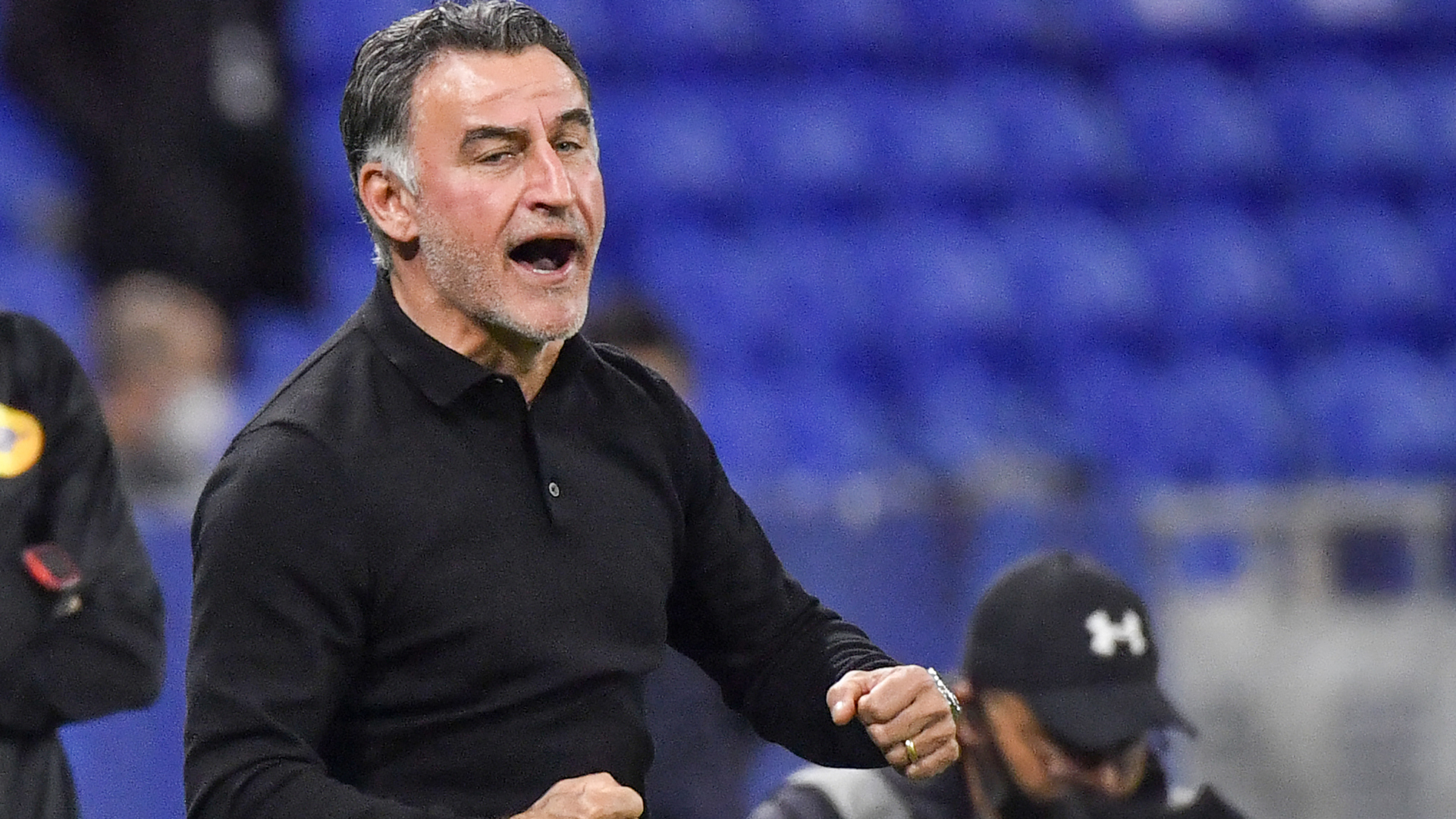 The 54-year-old could be on his way to Lyon, Nice or Napoli after confirming he will walk away from the French champions

Christophe Galtier has announced he will leave Lille just two days after the team were crowned Ligue 1 champions.

Lille beat Angers on Sunday to secure the French crown, finishing a point above Paris Saint-Germain.

Despite their success, coach Galtier has decided to leave the club after spending four years in charge.

What did Galtier say?

He told L'Equipe :  "I made my decision. I informed my president, Olivier Letang, after having listened to him a lot this morning, that I was going to leave LOSC. Or that I was stopping with LOSC, I do not know quite what term to use.

"I just feel strongly that I have done my time here. That four-year cycle is long enough for a coach. So yes, it's only been five months that I collaborate every day with Olivier Letang and five months is not a lot for a collaboration.

"Having spent four years here, I feel inside that it's time to leave this beautiful club, this magnificent club."

He added: "My decision is not linked to the final ranking of the team, if we had finished fourth or seventh I would have made the same decision.

"I do not want to leave on a success. I am leaving because I have decided that after four years it is time to leave. I spent eight and a half years at Saint-Etienne, including seven and a half at the head of the team, it was good.

"I'm leaving Lille with an incredible result, I need something else. I don't want to fall into a routine, into something classic, as I experienced at one point in Saint-Etienne. Wear and tear, always being in the same environment."

Where could Galtier go next?

Galtier says he has already been approached by three teams and confirmed he is interested in taking over at Lyon, Nice or Napoli.

"Among the clubs that have asked me, there are three today that interest me. Lyon, Nice and Napoli? Yes, I reflect on these three clubs. We will say that I had four with LOSC.

"Will I sign with one of these three clubs? Football is very special, you never know."

Galtier added that he expects to make his decision by the end of this week.

How have Lille performed under Galtier?

But the side from northern France survived the drop by finishing 17th in the top flight and just a point above the relegation play-off place.

There was a big turnaround the following season, however, as they finished runners-up to PSG, then ended the 2019-20 campaign in fourth place.

Lille had been top of the table for much of 2020-21, but it was not until the last game of the season that they sealed the title.