The Dutch club won the first major trophy in their 125-year existence this season, with Baker contributing by scoring a brace in the semi-final.

And the young midfielder, who has been watched closely by Blues coaching duo Eddie Newton and Paulo Ferreira, is determined to keep on improving as he eyes a future in English football.

"Overall I think Chelsea are happy with what I did [on loan]." Baker told Goal. "There’s still aspects of my game that I could carry on working on. I need to keep working day-in-day-out. The past two years that I have been away on loan have been fantastic.

"The achievements I have made have been unforgettable but we need to just carry on now and keep going as far as possible in my career. My family are just as cheerful as me. They were at all my games, they were there in the final so they come every step with me. 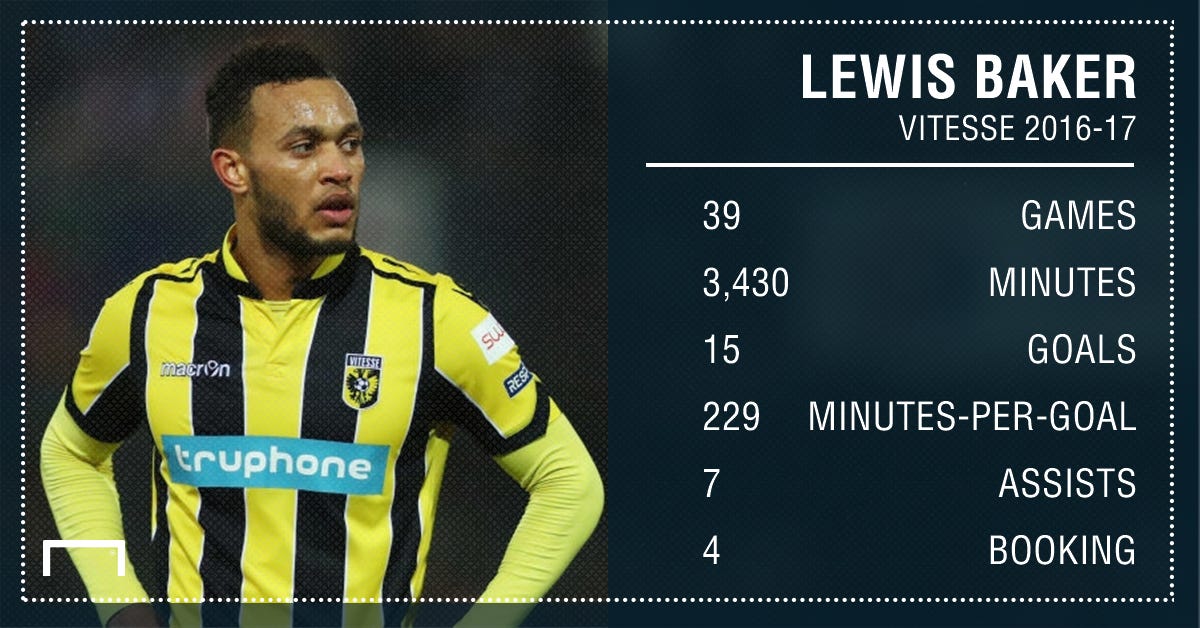 "Moving from playing as a kid to now, I am grateful for the people that I have around me. I had a lot of messages after the game, former coaches from Chelsea came to watch. People from the academy too, so it was something that I will never forget.

"It has been amazing, I will be watching Vitesse’s scores and seeing how they get on. It is amazing [to win the club's first major trophy] because when you are there, you are part of it. There’s not a team that’s won anything in their history before.

"The first year [away from Chelsea at Vitesse] was more learning, adapting to living away, adapting to a different league. The second year was more producing and showing what I am capable of. I think it has been fantastic to move away and learn different things but I want to be back in England.

Great win today to finish off a fantastic season! we made unforgettable memories this season and achieved so much, supporters I thank you for the love showed to me the past 2 years Privileged to been a part of this great journey! #WEMADEHISTORY ..34..

"You do miss little things about home. You do sometimes feel a little bit far away. For me, the two years away were fantastic and I am always open to suggestions to see who comes in but it would be great for me to play more in England.

"Chelsea have got into the Champions League again so they are going to need to get players into their squad. There are going to be a lot of games. I just want to carry on playing football as much as possible. I love playing, I want to do it as much as I can."

Baker also reflected on John Terry's departure from the club, insisting that the veteran centre-back has had a positive influence on his career.

"He is amazing. He is a real captain," Baker continued. "A leader on the pitch and off the pitch. He is a guy that all the players really look up to, he is a player that Chelsea can really be proud of. The stuff that he has achieved is amazing.

"For me, he has helped me a lot personally along the way. When he sees you around the changing room in training, he is the first person to put his arm around you and says 'have fun, enjoy your football and keep working hard'.

"He is a great ambassador for the club. It will be strange not to see him around but I am sure he will come back one day."

Baker is now preparing to join up with the England Under-21 squad for the European Championship after having been the top scorer at the 2016 Toulon Tournament.