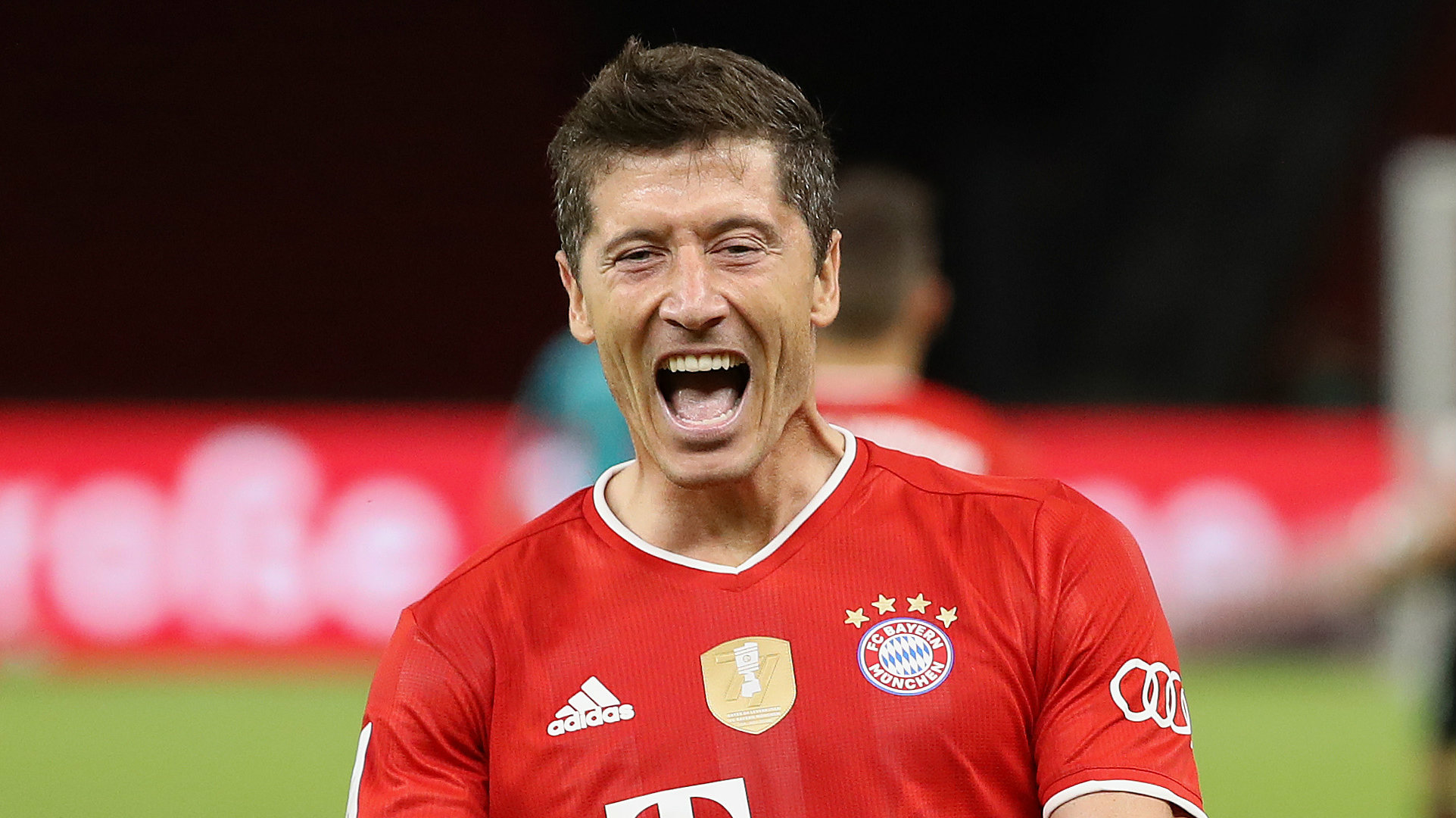 The Polish frontman has no plans to hang up his boots just yet, having enjoyed the best season of his career to date in 2019-20

Bayern Munich striker Robert Lewandowski says he wants to play until he turns 40 after reaching his "optimal level".

When Lewandowski swapped Borussia Dortmund for Bayern in 2014, he was already revered as one of the top strikers in European football. He has been able to enhance his reputation even further at Allianz Arena, scoring 246 goals in 289 appearances for the Bundesliga champions.

Fifty-five of those efforts came in 2019-20, as Bayern stormed to their first treble success in seven years under the stewardship of Hansi Flick.

Lewandowski finished the campaign as the top goal scorer in the Bundesliga and in the Champions League, which the Bavarians won by beating Paris Saint-Germain 1-0 in the final.

It has been suggested that the Poland international, who recently turned 32, will soon start winding his career down, but he still believes he has plenty to offer at the highest level.

Asked whether he will stay at Bayern beyond the expiration of his current contract in 2023, Lewandowski told Kicker: "It will not be my last. Ending my career at FC Bayern is an option, of course, but I still have so many years to go.

"I don't think about the end of my career. I don't feel like 32. I feel better than when I was 26. I've worked very specifically in recent years to reach my optimal level."

Asked how long he could play on for, the Bayern superstar responded: "Maybe eight years."

Flick's men will be expected to cram in 57 competitive games within 260 days over the course of the new season, and have little time to prepare after their European exploits with the Bundesliga set to kick off again on September 18 following the latest round of international fixtures.

"The next season will be extremely difficult, you have to be a little clever," Lewandowski added on the tight scheduling caused by the coronavirus pandemic. "You can't always play 90 minutes and score two goals when you're under a lot of stress.

"Sometimes you have to slow down a bit and pay attention to who the opponent is in the next game because the team always comes first. My priority is the team, not myself."