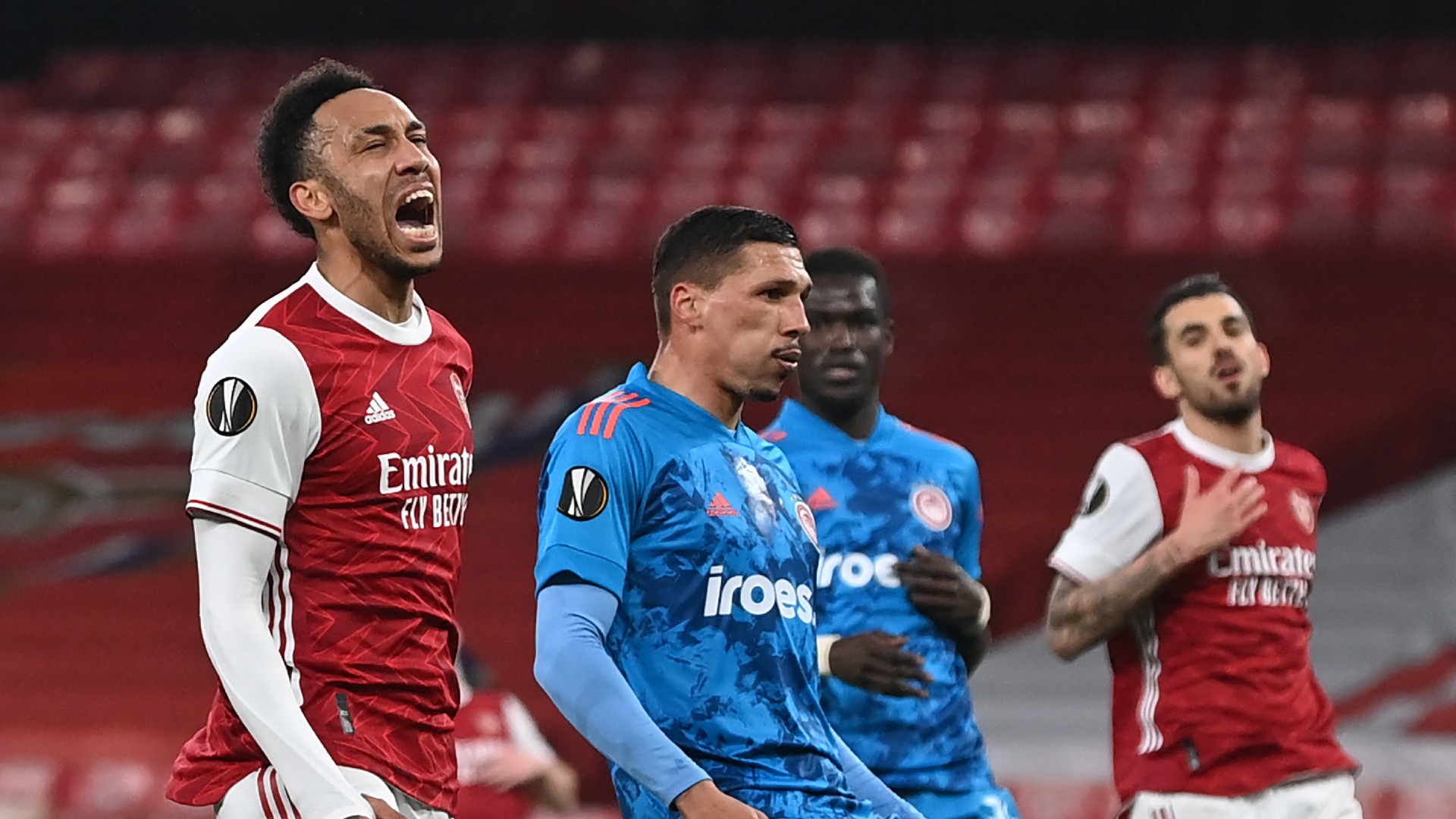 The Gunners are through to the quarter-finals in continental competition, but have been warned by their goalkeeper that standards must improve

Bernd Leno has delivered a scathing assessment on Arsenal’s display against Olympiacos in the last 16 of the Europa League, with the Gunners warned they “won’t reach anything this season” if that level of performance is replicated over the coming weeks.

Continental glory offers Mikel Arteta’s side a route into the Champions League for next season, given that they sit 10th in the Premier League table, while also allowing major silverware to be chased down.

The north London outfit were, however, far from their best in a 1-0 defeat against Greek opposition on Thursday and only edged their way into the quarter-final draw courtesy of a 3-1 first-leg victory away from home.

Leno told reporters afterwards: “We need to be 100 per cent every game. If we play like today then we won’t reach anything this season.

“I think we suffered and it was not necessary. I think because in the first 15 or 20 minutes we controlled the game, but then we’ve made too many easy mistakes and in the second half we conceded the goal and then everybody was nervous.

“We made it hard for ourselves and, like I said, it was not necessary. In the dressing room it was quiet because everybody knows that it was not a good performance from us. We cannot change it anymore but the positive thing is that it was a warning.”

Who else is left in the Europa League?

Arsenal remain one of the favourites to go all the way this season, but there are still several sizeable obstacles blocking their path.

Domestic rivals Manchester United are also into the last eight, along with star-studded squads at Roma, Ajax, Granada and Villarreal.

Dinamo Zagreb, fresh from seeing off Jose Mourinho’s out-of-sorts Tottenham, and Czech side Slavia Prague will complete the draw for the next stage on Friday.

Can Arsenal lift the trophy?

The 2019 beaten finalists had been showing signs of life prior to coming unstuck against Olympiacos.

They have suffered only two defeats in their last nine outings across all competitions, with German goalkeeper Leno of the opinion that anything is possible if collective standards can be raised.

“The Europa League is very important for us. This is probably the closest way to go to the Champions League and also to win a big European trophy so we need to step up.

“We need to have the motivation to win every game, cut out the easy mistakes and go through to the final and hopefully have a big final at the end of the season.”