Now that they are back in England's top flight, there is chat that the Yorkshire outfit could soon have new ownership

Leeds United have secured a long-awaited return to the Premier League and there is an incredible sense of anticipation around the club as they chart their future course.

With an iconic manager in Marcelo Bielsa at the helm and a team playing breathtaking high-intensity football, they are well placed to make a splash when they end their 16-year absence from the top table.

Well supported and boasting historic pedigree in English football, the club is an increasingly attractive prospect for potential investors, especially now that they are back in the Premier League.

Indeed, there have been rumours that the Whites will soon get new owners, but who exactly is supposed to be interested?

Who is buying Leeds United?

A number of parties are believed to be interested in buying Leeds United, but 49ers Enterprises, who already own 10 per cent of the club, are reportedly the front runners.

The company, which owns the NFL's San Francisco 49ers, have moved ahead of Paris Saint-Germain owners Qatar Sports Investments (QSI) according to 90min.

Leeds' status as a team that could potentially challenge for Champions League and Europa League qualification - which is the ambition of the club hierarchy - has boosted the club's stock.

In May 2019, a QSI spokesperson told the Financial Times that the United Kingdom "is definitely top on the list" in terms of new avenues for investment.

However, while informal discussions have reportedly happened, no hard offer has yet been made to buy the club.

Leeds owner Andrea Radrizzani, who is a friend of PSG owner Nasser Al-Khelaifi, revealed in October 2019 that he had over 20 offers to buy the club, but narrowed it down to three possibilities, including QSI, though 49ers Enterprises were not specifically mentioned.

He told The Times: “The option of Qatar Sports Investment and Nasser — first of all they are friends, we have had a good relationship for a long time.

"Secondly, they have the possibility to bring this club to compete with Manchester City, so for the fans that could be a fantastic opportunity.

"The second [option] is based in America, he’s a big fan of Leeds United since he was a child, and I like that.

"Another one is the owner of an Italian club. With another club you can create synergy to be more competitive and to target the Premier League — we could maybe get a loan to increase the quality of the team.”

Italian businessman Andrea Radrizzani is the current owner of Leeds United. He bought the club in 2017 from his compatriot Massimo Cellino for a total of £45 million ($57m).

Despite the fact that there has been interest in the club, Radrizzani insists that he has no great interest in selling and says he would like to remain involved if he does sell. 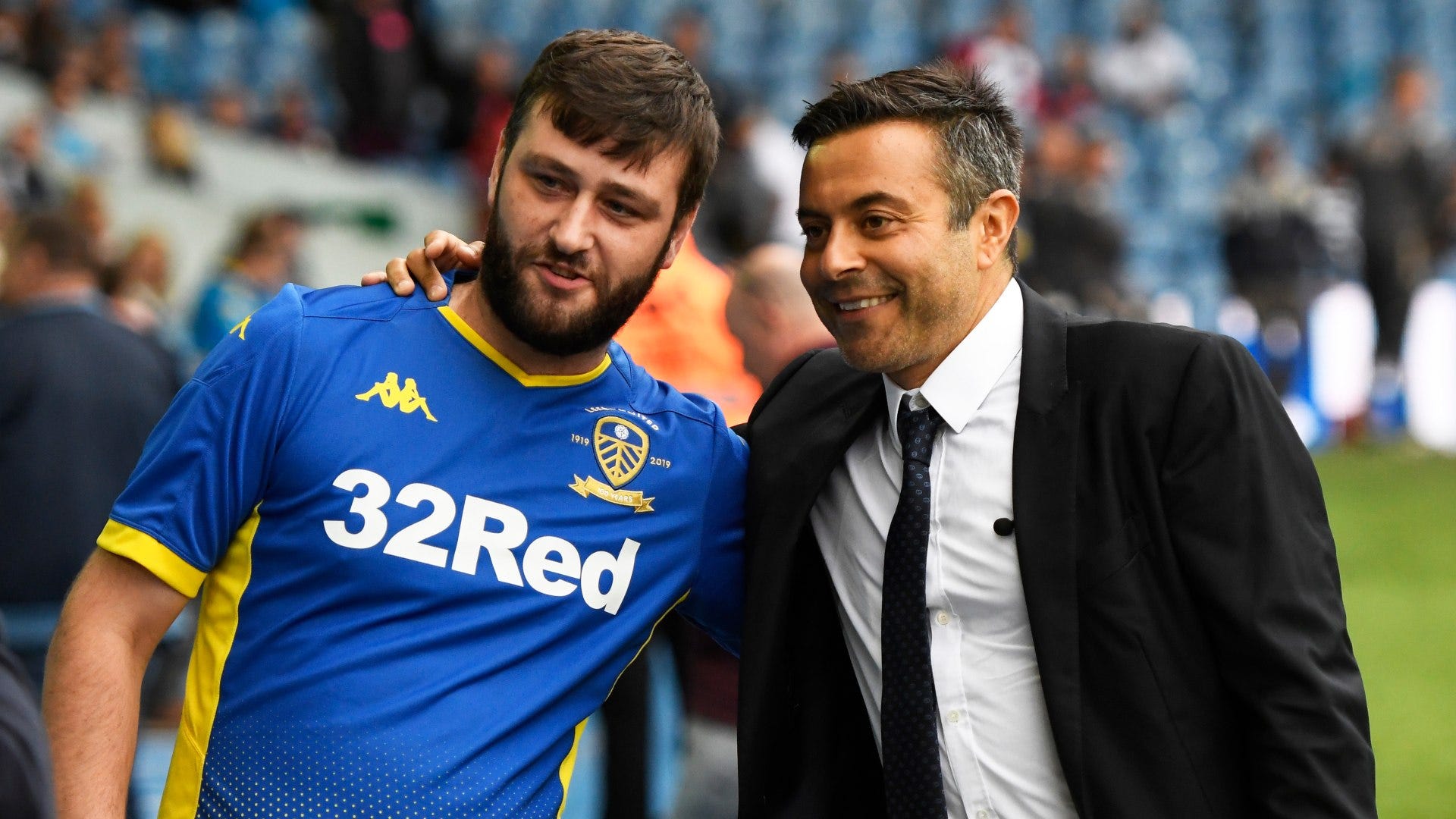 “L’appetito vien mangiando, as we say in Italy — appetite comes while you are eating," Radrizzani noted in a 2019 interview with The Times.

"I don’t need to sell but it is important to listen because I always remember I am a custodian of the club. If it was my own business I would treat it a bit differently."

Following promotion to the Premier League, he even hinted that he could stay at the helm for 20 years.

As well as Radrizzani, a 10% stake is held in Leeds by the owners of the San Francisco 49ers, with 49ers president Paraag Marathe having a seat on the board.

It has been speculated that, rather than being bought by QSI, Leeds could benefit from greater financial involvement on the part of the 49ers.

Promotion to the Premier League will, of itself, bring greater financial muscle for Leeds, but a takeover by wealthy owners would be an even bigger boost.

However, while there is a clear need for the club to strengthen in order to compete in the higher division and stay there, it is not expected that there will be an extravagant spending spree.

Edinson Cavani has been touted as a potential new signing, with Radrizzani opining that former PSG striker, who is available on a free transfer, could adapt to play Elland Road.

It has been suggested that the club may look to extend Ben White's stay at the club after the centre-back impressed in the Championship last season, but he is due to return to Brighton.

White is highly regarded by a number of top clubs in the Premier League and has been heavily linked with the likes of Liverpool, Manchester United and Manchester City. 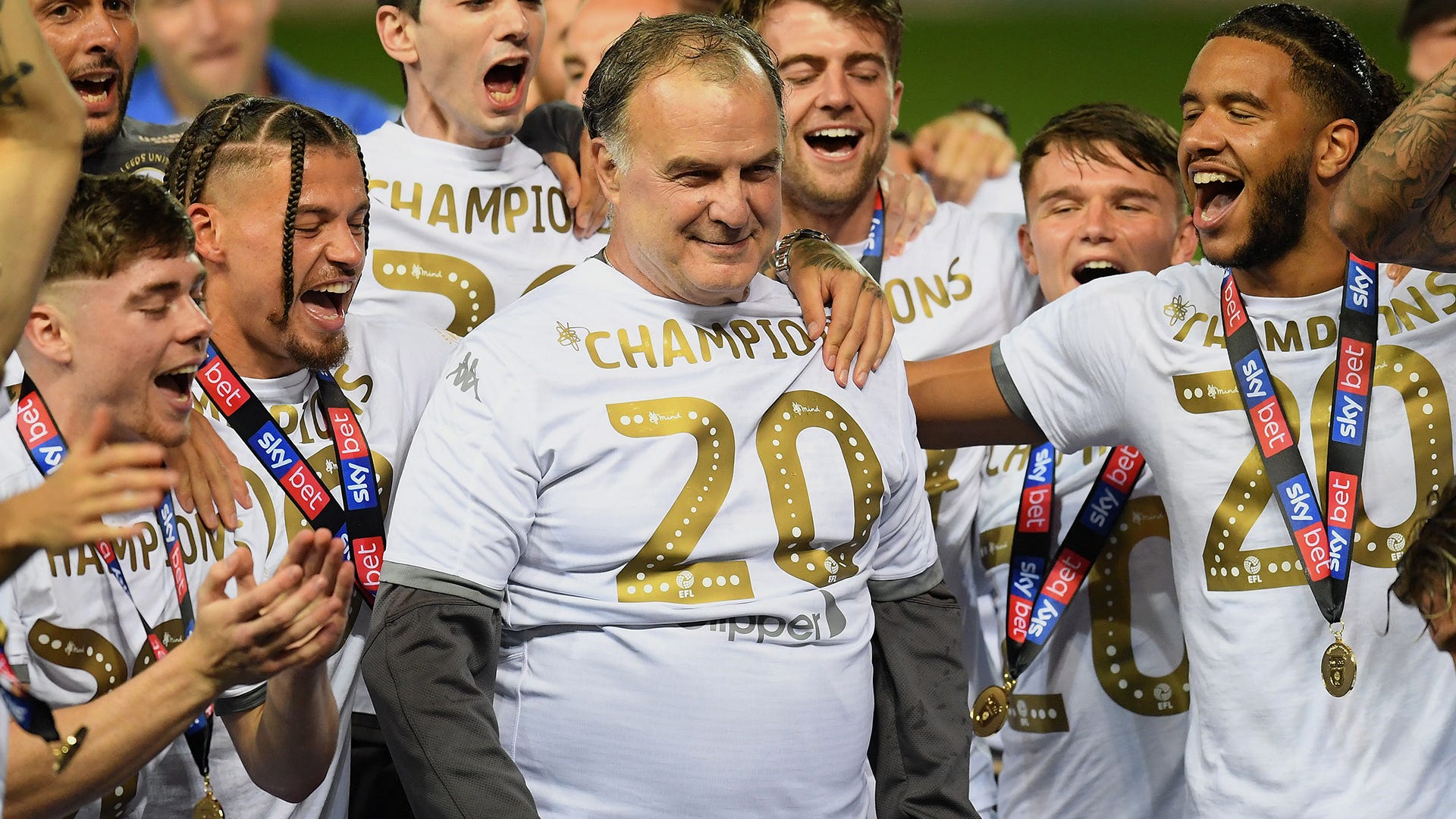 Will Marcelo Bielsa stay if Leeds get new owners?

Bielsa is out of contract after securing the Championship title, but he is expected to sign a new deal with Leeds to stay at Elland Road.

It is not clear if he would remain at Leeds if the club were taken over by new owners, but some commentators have speculated a departure is possible.

Any takeover can produce upheaval, with new owners often keen to imprint their own ideas on the club and that can lead to friction between the new faces and those associated with the last regime.

The reason suggestions of the Argentine leaving have arisen is because of how stubbornly particular he can be when it comes to realising his vision. Indeed, he has previous.

Bielsa infamously quit Lazio just days after becoming their coach over what he felt was a failure of the club to bring players he required to the club in a "timely manner".

Leeds chief executive Angus Kinnear believes that Bielsa has "fallen in love" with the Yorkshire club and is committed, but noted the difficulty associated with Bielsa's peculiar personality

"The challenge with Marcelo is that intentions are always a bit of a mystery because he's always focused on the next game," Kinnear said following the club's promotion to the Premier League.

"You're a brave man to try and distract him from the task of the next match."