Liverpool owners Fenway Sports Group have confirmed an investment into the company by RedBird Capital Partners, which has seen NBA star LeBron James become a part of the Premier League club's ownership group.

Goal understands that RedBird's investment is £543 billion ($749bn) – amounting to roughly 10 per cent of FSG's value.

“Over the years, Fenway Sports Group has been able to attract a dedicated group of executives and partnerships seeking to compete for titles in the most challenging and rewarding landscapes," read a statement from FSG Principal Owner John W. Henry, Chairman Tom Werner and President Mike Gordon.

"Our strategic partnership with Gerry and the entire team at RedBird will enhance our ability to pursue future growth opportunities in a more accelerated way but with the same selectiveness that has served us so well.

“We are also pleased to welcome to our ownership group LeBron, Maverick [Carter] and Paul [Wachter], with whom we have enjoyed a successful collaboration for well over a decade. Their addition is an important milestone for FSG and expands and deepens a longtime friendship and relationship that began in 2010.

“To our fans and supporters: Winning continues to be the driving force for all of us. The growth of FSG as an organization allows us to further strengthen our resources and commitment to the communities we serve, and we look forward to having these talented new partners join us in the next chapter of FSG’s evolution.”

"It’s certainly a deal to grab the attention. LeBron James, Maverick Carter, £543million ($750m) worth of investment into Fenway Sports Group. RedBird Capital Partners are on board, with FSG now valued at more than £5 billion as a result.

"What does it mean for Liverpool, though?

"The new investment, sources say, will allow the club to absorb the financial pressures of the coronavirus pandemic. It is estimated that the reigning Premier League champions will lose more than £120m ($165m) in revenue due to Covid-19, and the arrival of RedBird will go a long way to lowering the debt incurred by FSG during that period.

"Crucially, that means plans to expand Anfield should be able to proceed as originally planned. In December, Liverpool submitted a planning application for their new £60m ($83m) Anfield Road stand, which would increase their stadium’s capacity to around 61,000. The project was delayed when Covid hit 12 months ago, but should now be resumed.

"In terms of more instant returns, we should not expect to see lavish spending in the transfer market. No Kylian Mbappe or Erling Haaland, in short. FSG’s policy, sources say, will remain unchanged. New signings will be pursued in line with the club’s well-worn market strategy – a strategy which, in fairness, had reaped rewards up until this season. 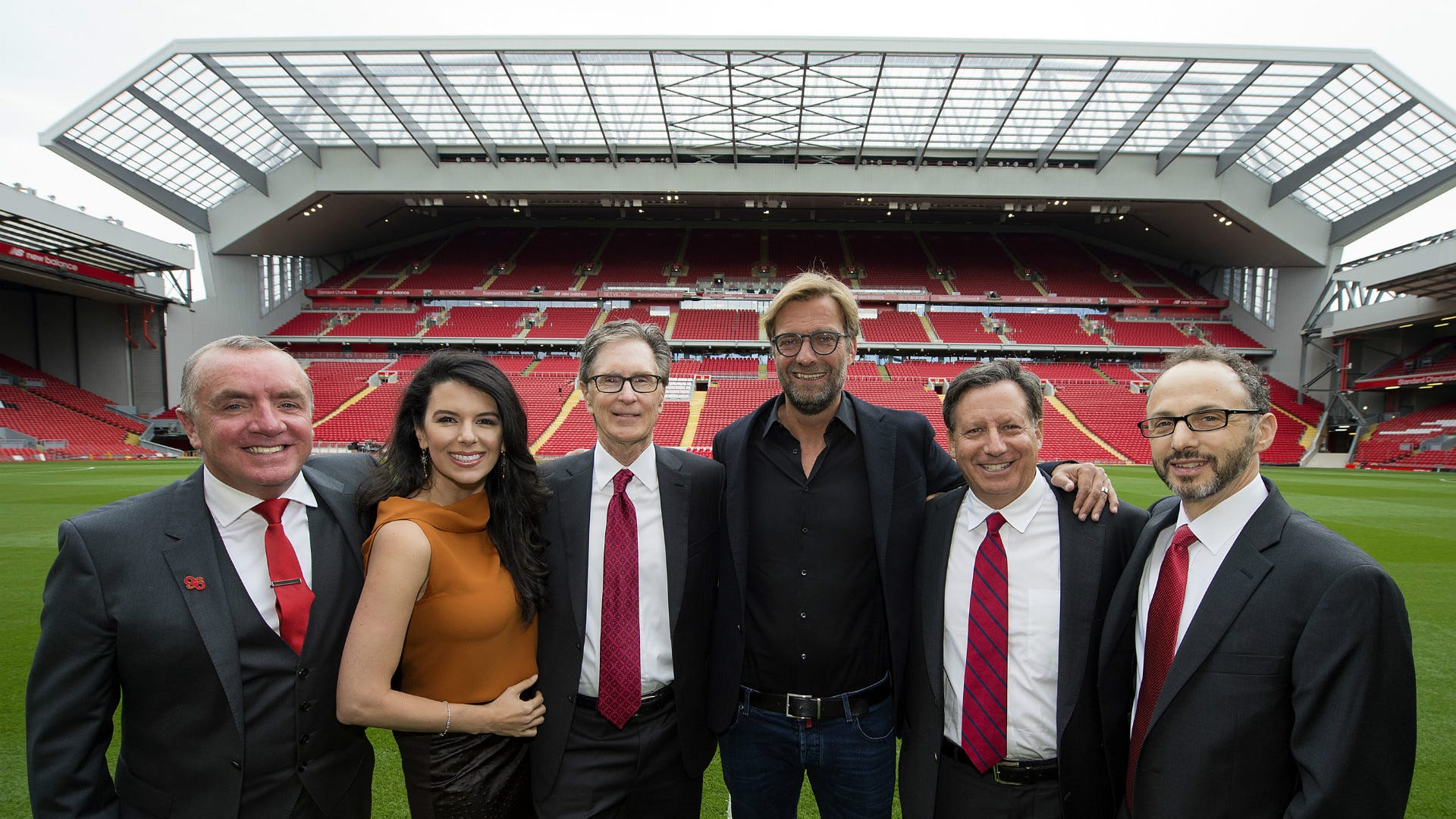 "What it does mean, though, is that the summer should be a more ‘regular’ one at Anfield, even if Jurgen Klopp’s side fail to qualify for the Champions League. Klopp, who retains the full backing of his owners, has been assured that funds will be available for new players, and Liverpool will as ever look to move on a number of fringe players in order to refresh and rejuvenate their squad.

"They want a centre-back and a new forward, for certain, and it would be a surprise if at least one midfielder was not recruited too. They will target players who fit the club’s key criteria, in terms of age, potential, value and playing style.

"In short, we shouldn’t expect major changes on Merseyside, and nor is this a sign of FSG planning a long-term exit strategy. They have been open to a deal such as this for a number of years.

"The Americans remain committed to the long-term at Anfield. They just have a little more power behind them now."