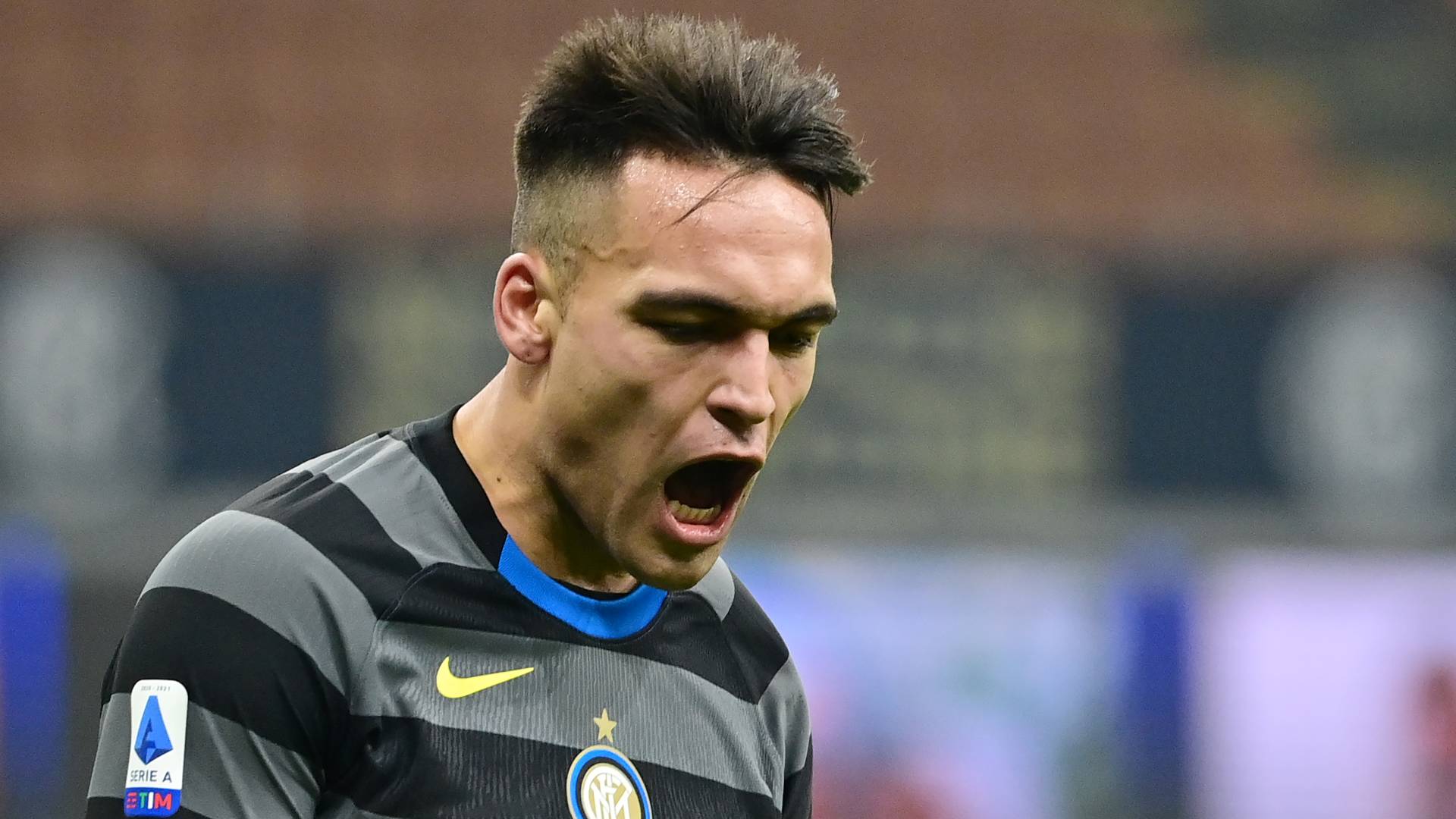 Lautaro Martinez has insisted that he is "happy" at Inter amid ongoing talks over a new contract.

Lautaro has established himself as one of the top strikers in Italian football since moving to San Siro from Racing Club in 2018.

The Argentina international has scored 41 goals in 112 appearances for the Nerazzurri across competitions, including 11 in the first half of the 2020-21 campaign.

His latest strike helped Inter to a 4-0 home win over Benevento on Saturday, which ensured that Antonio Conte's side moved back to within two points of leaders and local rivals Milan at the top of the Serie A standings.

Despite the fact Lautaro has been a regular in Conte's line-up throughout his reign at San Siro, there has been constant speculation over the striker's future in the Italian capital.

The 23-year-old, whose current contract is not due to expire until 2023, was heavily linked with Barcelona last year and a number of Premier League clubs have also been credited with an interest in his services.

However, Inter are working hard behind the scenes to try and tie Lautaro down to fresh terms, and he claims to be quite content in his current surroundings.

"We are working on the renewal, I am happy at Inter, I work every day for the team," the Argentine frontman told reporters after the victory against Benevento. "Everyone behaves very well with me and I feel the confidence of the club and the coach."

Lautaro became the youngest player to reach 30 Serie A goals in the Nerazzurri's history by scoring at the weekend, reaching the mark quicker than Mauro Icardi (22 years, 101 days) and club legend Ronaldo Nazario (22 years, 110 days).

He will be back in contention for a place in Conte's starting XI when Inter play host to reigning Italian champions Juventus in the first leg of their Coppa Italia semi-final on Tuesday night.

The San Siro outfit are due back in league action three days later away at Fiorentina, with the games coming thick and fast due to the congested schedule caused by the coronavirus pandemic.