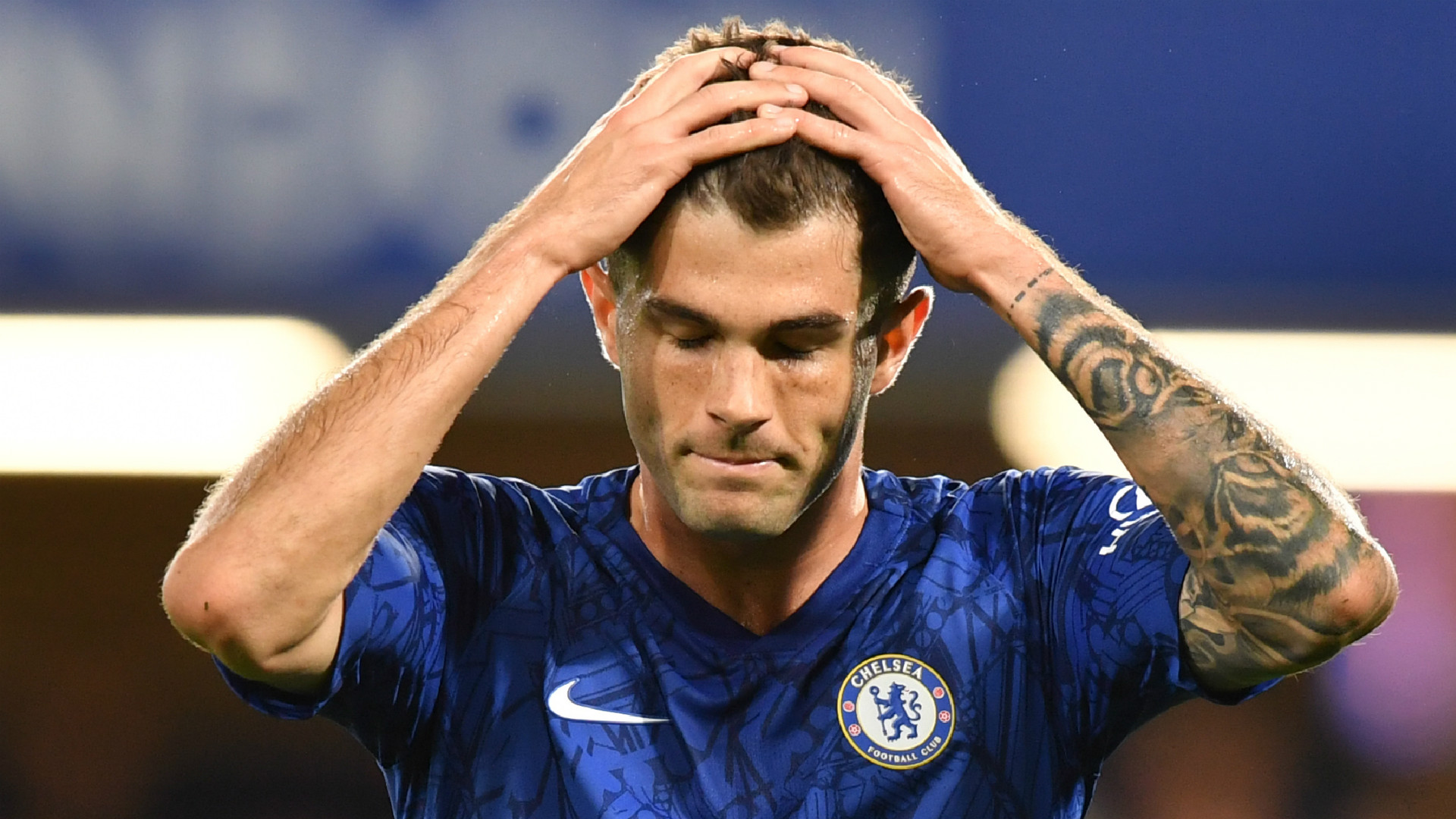 The American international has struggled to make an impact at Stamford Bridge following his £58m move from Dortmund, but his coach isn't worried

Frank Lampard says he is looking at ‘the big picture’ with regards to Christian Pulisic’s development at Chelsea, with the American international struggling for game time at Stamford Bridge.

The 21-year-old joined from Borussia Dortmund in a £58 million (€64m/$73m) deal over the summer, but has only played 90 minutes for the Blues on two occasions – against Sheffield United and Grimsby.

With Callum Hudson-Odoi returning to fitness to present another obstacle to a first-team spot, there had even been rumours that Pulisic could be sent out on loan in the January transfer window.

But, when asked about such suggestions, Lampard replied simply: “No.”

“With Christian, he’s come to us in a big move, let’s make no mistake about it, and then he’s just turned 21 recently, and we’ve got a competitive squad here,” he added.

“I said it before the last game, I always have a problem with who to pick. People make my decisions in training or how they’re playing, and at the minute with winning four on the bounce I need the edge of staying in the team and keep performing and everyone is the same.”

After making his Dortmund debut way back in the 2015-16 season, Pulisic burst onto the scene early enough to cement a first-team spot and lose it again before his 21st birthday, as he agreed to join Chelsea back in January.

Lampard thinks this relative depth of experience means people forget his youth, and have expected too much of him too soon as he settles into life in a new club and a new country.

“With Christian coming here, we have to protect him for that fact because he’s young,” he said.

“Christian, as with every player in the squad, needs to work hard in training, keep improving in training, see the direction we’re going, be a part of it, and show what you can do on a match day, and all the players are the same there.

“It is [easy to forget his age]. You can look beyond that because he came through at a very young age at Dortmund and huge credit to him for that. It’s amazing to come through that. He was playing at a top level team at Dortmund.

“There were times when he was in the team, times when he wasn’t, that’s part of development. I was fortunate when I came through in my day because West Ham didn’t have too many players in front of me, so I got opportunities. The pathway was open.

“With Christian, huge credit to him for coming through at Dortmund at a young age, but then it brings other difficulties where sometimes you’re out of the team.

“You come to Chelsea and it’s a similar situation. The demands are huge. The interest from outside is huge and he’s a young boy. I have no problem. I see the big picture with Christian and I see it with all the young players.”