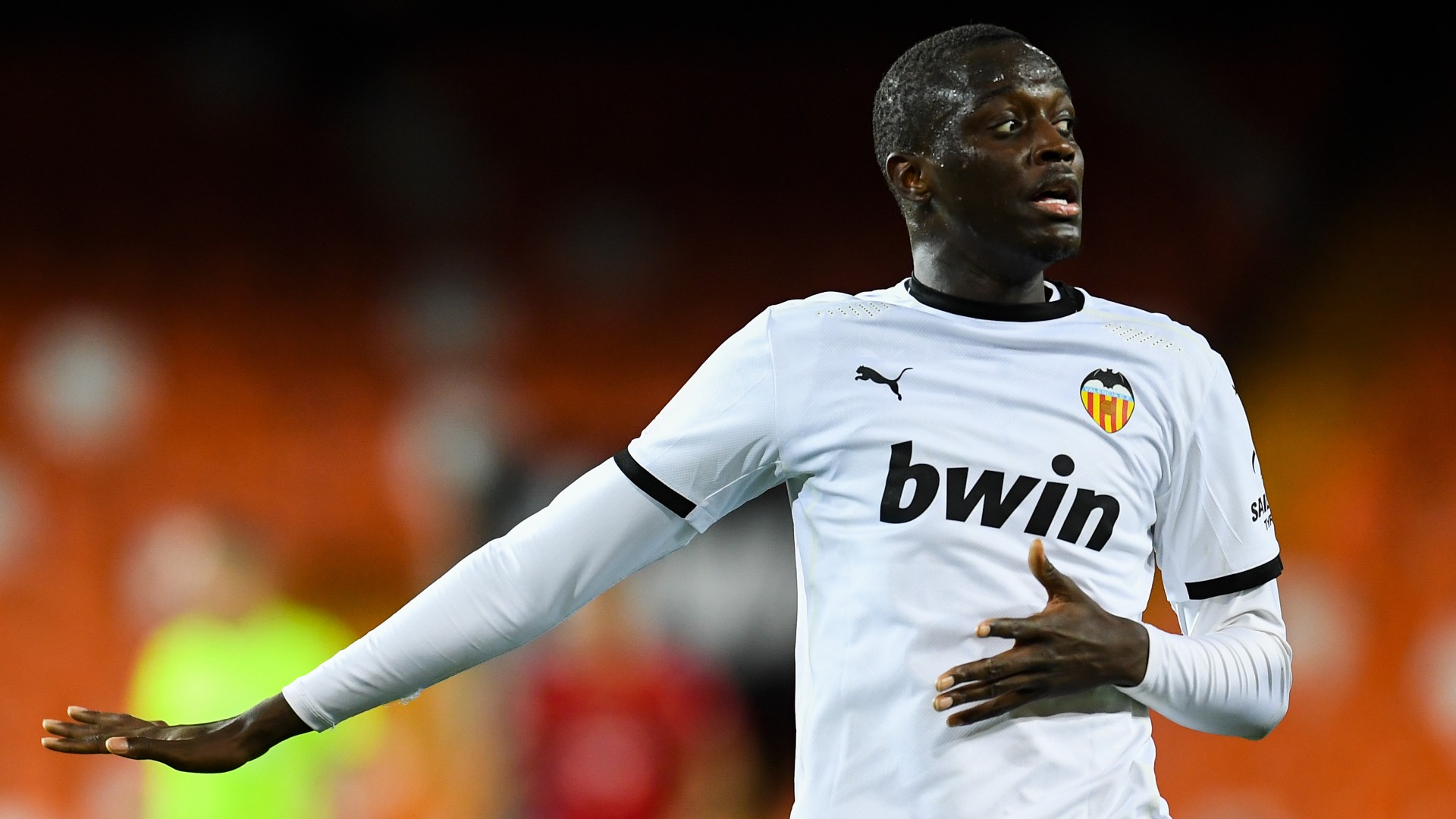 The Spanish top-flight has carried out its own inquiry into the allegations made, with the results of that report now being revealed

La Liga claim to have found no evidence of wrongdoing during its investigation into allegations Cadiz defender Juan Cala racially abused Valencia star Mouctar Diakhaby during a fixture on April 4.

Midway through the first-half, Diakhaby became visibly angered by comments by Cala, leading to him and his Los Che team-mates leaving the field.

Play eventually resumed but a cloud was cast over Spanish football as Diakhaby accused Cala of calling him a "sh*tty black", leading to La Liga looking into the incident.

An official statement reads: “La Liga have communicated to the clubs involved and the relevant authorities the result of investigations to resolve what happened between the players of Cadiz and Valencia during last weekend’s game.

“After analysis of all the elements, it was concluded that in none of the available media was found any proof that the player Juan Torres Ruiz [Cala] insulted Mouctar Diakhaby using the alleged terms.

“All available audiovisual and digital files were analysed, including the images broadcast and spread on different social networks. To be able to complete the case, a specialised company was contracted to do lip-reading analysis of the conversations and study the behaviour of the players.

“La Liga has shared these reports with the clubs involved and the relevant authorities, so they can be used during the other investigations which are still ongoing at this moment.

“La Liga reiterates its condemnation of racism in all its forms and maintains its commitment to a permanent fight against any manifestation in this sense, which has been shown in the many cases taken for hate crimes, including similar cases to this previously.

“From La Liga and all clubs will continue working at all levels in every area of our sport with the goal of doing everything necessary to protect the values of equality and respect which prevail in our competition within Spanish professional football.”

The Liga outfit have stated on their official website in response to the findings: "La Liga have provided us with reports and findings from their investigation into the racial abuse received by Mouctar Diakhaby in the game against Cádiz, as well as explaining the methodology used to carry out the investigation.

"According to the videos and audio available, the investigation cannot confirm "EVERY" word that Diakhaby heard in the minute 28 of the game last Sunday vs. Cádiz. The fact that no proof has been found does not mean that the matter did not occur.

"Valencia CF wish to highlight that LaLiga have carried out their own investigation, but that the club have by no means changed our opinion on what occurred in the game, and maintain our full support for Diakhaby. Our objective is to see a change and an appropriate reaction to such a serious incident, and to see moves to change regulations and attitudes when it comes to facing these problems whenever they may occur.

"Regardless of the fact that the facts subject to the investigation have not been fully confirmed, due to there not being a complete recording of the incident, we highlight that LaLiga have attempted to clear up what occurred in Cádiz.

"Valencia CF consider it positive that conversation has begun to establish new protocols that are necessary to combat racism in football. We are proud of Diakhaby, our captains, our players, our coach and his staff for their reaction during the game against Cádiz.

"This was an unprecedented incident in football, but we are convinced that it will serve as an impetus for real change to the rules. Having reached this point, it is necessary to continue working with LaLiga, the institutions and the rest of the club's to ensure that these types of racist incidents are never repeated.

What had previously been said?

Diakhaby said in a video released on social media in the aftermath of the incident in question: "That is intolerable, I cannot consent to that. You all saw my reaction. That cannot happen in normal life and neither in football, which is a sport of respect."

Cala stated, pleading his innocence: "I've never said sh*tty n*****, I haven't said it and it's pretty clear. If there is a player from Cadiz who approaches a player from Valencia saying that, if I apologise, he will play again, I will quit football. It is false. It is a media circus.

"I have been suffering for a couple of days. It is a public lynching. There are more than 20 cameras, microphones, 22 players, three referees, nobody finds out. Nobody says they have heard it.

"I will take legal action against all the people who have played with my image and my honour."

Valencia responded to those claims by releasing a statement that was headed: "Juan Cala, We Don't Believe You".

They said: "Valencia CF are deeply saddened by statements made by Cadiz CF player Juan Cala this Tuesday, in which 48 hours later, he denied racially insulting Mouctar Diakhaby during the La Liga match played last Sunday at the Ramon de Carranza.

"Cala has missed a great opportunity to accept his mistake and apologise to the player affected. Instead of doing this, he attacked both Diakhaby and other members of Valencia CF."