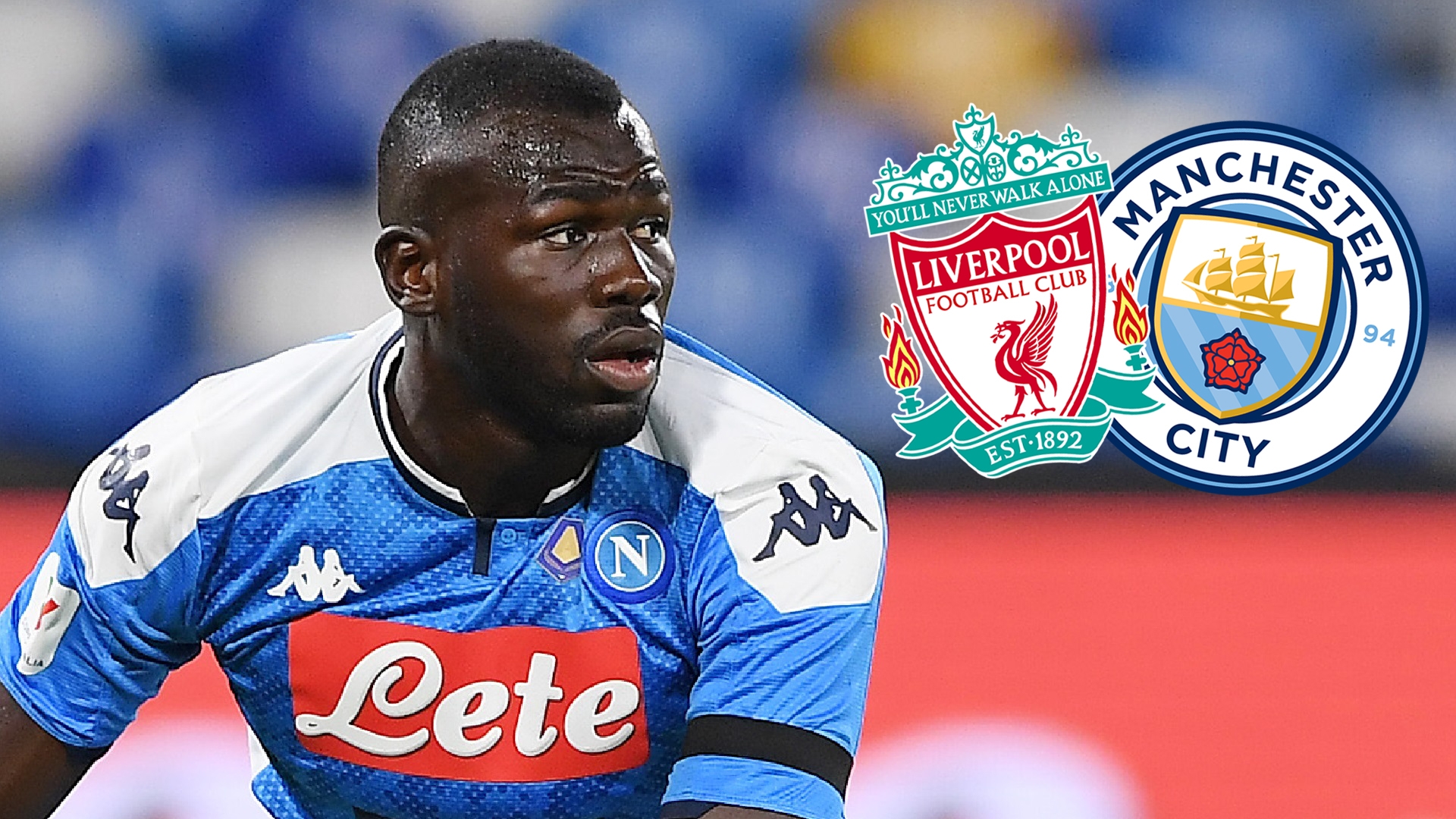 The Senegal international centre-half says he would like to remain with his current employers “for life”, but is aware that a deal may be done

Kalidou Koulibaly admits that he “can’t make promises” to Napoli regarding his future, with the Senegal international continuing to be linked with the likes of Manchester City and Liverpool.

It is not the first time that the commanding 29-year-old centre-half has generated such talk.

Koulibaly has long been held up as one of the best defenders on the planet, with that standing delivering the inevitable rounds of transfer rumours on a regular basis.

He has always remained loyal to Napoli, who he has been with since 2014, however, there are suggestions that interest in the next window will be difficult to fend off.

Napoli have conceded as much, with club president Aurelio Di Laurentiis saying: “If City or United or PSG with €100m (£90m/$116m) showed up, I would think about it [selling Koulibaly] and it is probable that they [the player] would leave, always if their will was to leave.”

Koulibaly insists that his will is not to push for an exit in Naples, but he is aware that money talks in modern football and that he may be lured away to a new challenge as reports of interest from the Premier League continue to build.

He has told Radio Kiss Kiss: “I would love to stay at Napoli for life, but I can’t make promises.

“I am part of the project and at the end of the season I will speak to the directors. Right now, my mind is 100% on the pitch.”

Liverpool and Arsenal have been urged to make a move for Koulibaly if he becomes available, but it remains to be seen how much money is made available at Anfield and Emirates Stadium.

City are expected to have cash to splash on new recruits, with Pep Guardiola having been in the market for another centre-half since Vincent Kompany departed the Etihad Stadium.

They have also been advised to join the chase for Koulibaly, with Robbie Fowler telling The Mirror: “You look at City’s transfer profiling and they have bought young players with potential for a few years now.

"Quality yes, but always younger, with room for ­development. But I can see them going out and buying Kalidou Koulibaly for big money, even though he’s almost 30.

“Central defence has been their weakness this season and they need to address it. I’m convinced they will address it. That will see them come back even stronger. That will see a challenge to ­Liverpool that the football world can ­relish. And I think it will take both of them beyond the rest.”