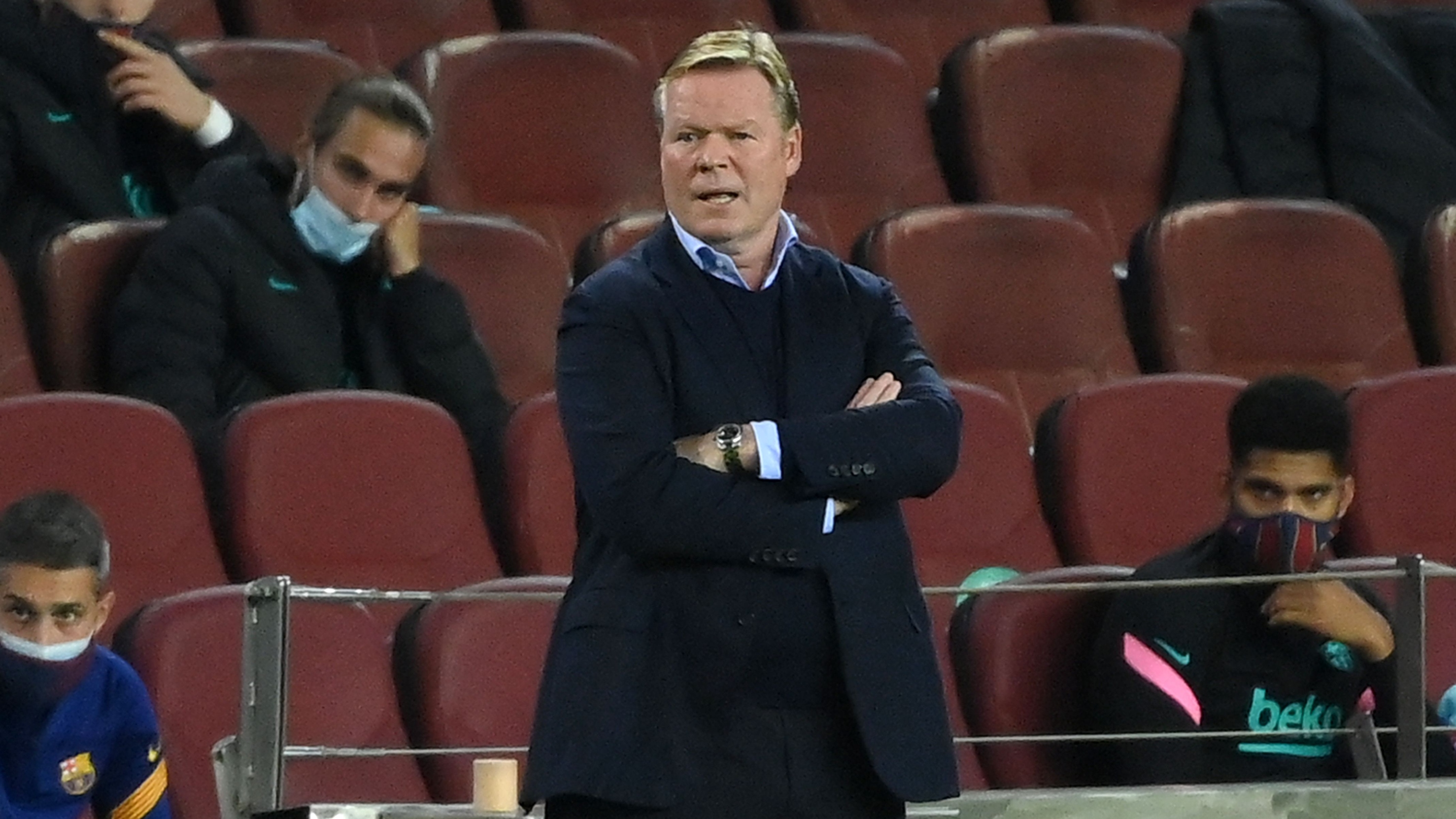 Ronald Koeman said Barcelona have a great future but called for patience after their 5-1 Champions League rout of Ferencvaros.

Lionel Messi, Ansu Fati, Philippe Coutinho, Pedri and Ousmane Dembele were all on target for Barca, who made a winning start in Group G on Tuesday, while Gerard Pique was sent off in the second half.

Barca are coming off a tumultuous 2019-20 season, which saw the club dethroned by bitter rivals Real Madrid in La Liga and humiliated 8-2 by Bayern Munich in the Champions League quarter-finals.

The embattled Spanish powerhouse turned to Netherlands boss Koeman and the Dutch head coach has overseen just one loss in five competitive matches this season.

"We play different," Koeman told reporters after Barca became the first team ever to have two goalscorers aged 17 or under in a single Champions League match thanks to Fati and Pedri .

"We're good, this team is gonna have a great future, but it must improve. Playing with young players, different tactics...Be calm, I ask you to give a margin.

"We are going to improve. We can't demand it in two or three weeks, but you'll see that soon the team will play better, will be more comfortable, but we need time."

@ANSUFATI is the first player ever to score more than one Champions League goal before turning 18!   pic.twitter.com/OxI7swYPMA

Antoine Griezmann was an unused substitute at Camp Nou, where Koeman opted to use Pedri and Dembele off the bench after Trincao started alongside Messi and Fati.

Messi became the first player to score in 16 successive Champions League campaigns after his 27th-minute penalty opened the scoring for Barcelona.

Fati doubled the lead with a volley as he became the first player to have scored two Champions League goals before celebrating his 18th birthday.

On Griezmann's absence, Koeman – whose Barca face Madrid in Saturday's Clasico – added: "We look for the best 11 for each game, today we have opted for Trincao playing wide, and then Ousmane [Dembele] in order to have depth on the wing.

"Let's see Saturday, it will be another game. It's my job to prepare the team and have the best squad for each moment."