Jurgen Klopp admits Liverpool’s title defence is over, with the Reds boss conceding in the wake of a 3-1 defeat at Leicester that the defending champions will not be catching Manchester City.

Uncharacteristic struggles for consistency have hit the men from Merseyside hard this season, while untimely injury setbacks have become an all too familiar theme.

More woe was endured at the King Power Stadium on Saturday, leading Klopp to throw in the towel as his side sit 10 points adrift of leaders City having already taken in two more games than the Blues.

Klopp told reporters when asked if Liverpool’s title hopes were over: “Yes.

“I don't think we can close the gap this year, to be honest. We have to win football games, and a large part of our game today was very good.

“What we need to try to avoid are mistakes and misunderstandings. In two situations today we didn't do that and that's how they were allowed to score two goals.

“Results are massively related to the performance - we were good enough today to win the game apart from a couple of mistakes towards the end.

“Before the game, we all knew that Ozan [Kabak] is a really good player and we know that afterwards as well but he's not used to all the things we do. Ali [Alisson] is offensive and likes to come out of his goal.

“When you are new together this usually happens but it happens in pre-season. Unfortunately, we've not had that. We're not worrying about the title, we're not silly.

“We have a tough game on Tuesday and then the derby next week. That's what we're thinking about.” 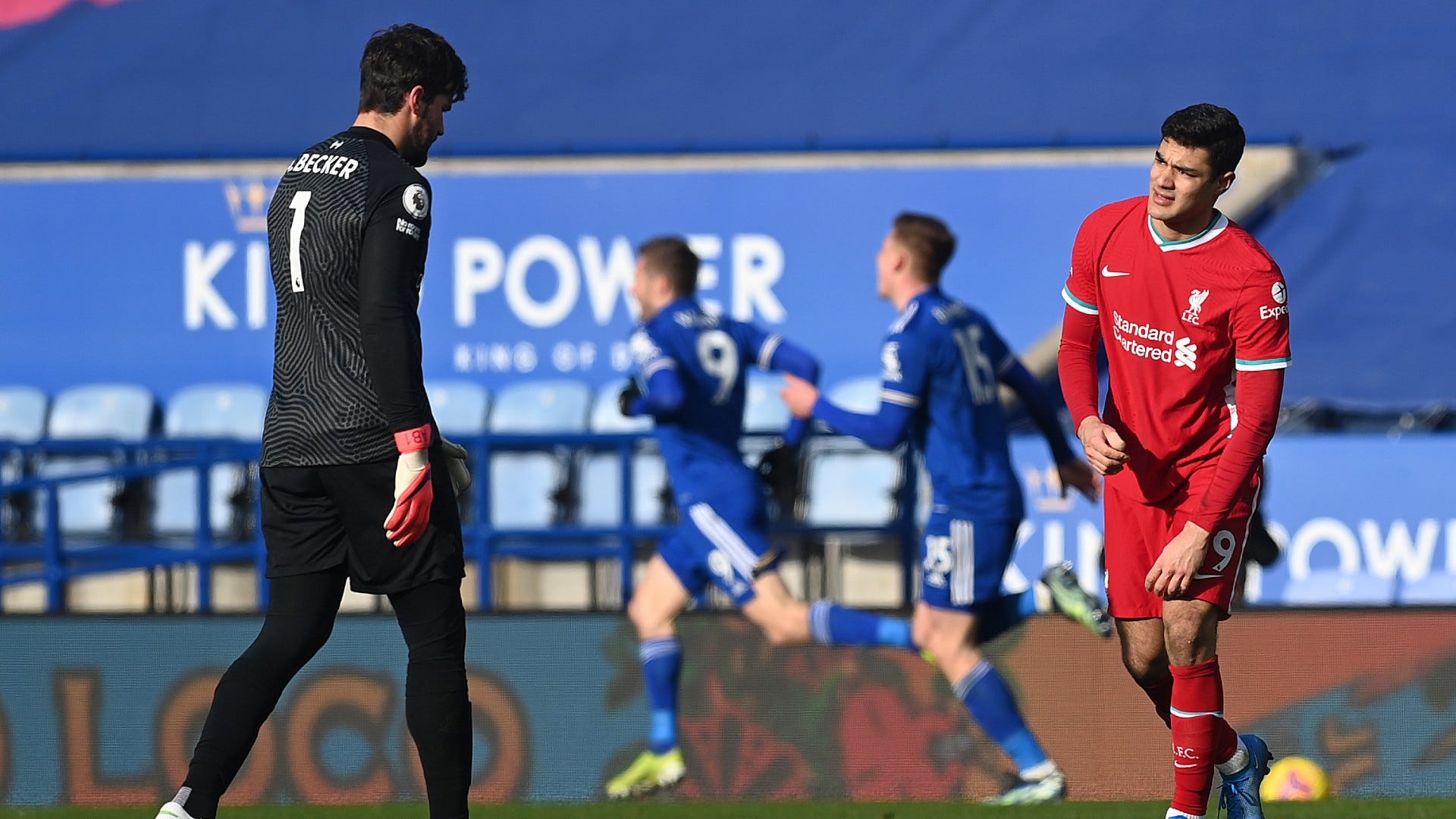 After coming undone against Leicester, Liverpool have now suffered three successive Premier League defeats for the first time under Klopp.

With their sights being diverted away from the top of the table, the Reds are now looking to keep their noses in front of the top-four chasing pack.

Just five points separate them from ninth-placed Aston Villa, with there seemingly all to play for in the battle for Champions League qualification.

Attention at Anfield is about to shift to European matters, with the first leg of a last-16 showdown with RB Leipzig set to be taken in on Tuesday.

Arch-rivals Everton will then pay a visit to their Merseyside neighbours on February 20, with Liverpool in desperate need of a spark as they head into a potentially season-defining run of fixtures.