'We made insane, slapstick mistakes' - Klopp admits it is 'almost impossible' for Liverpool to finish in top four 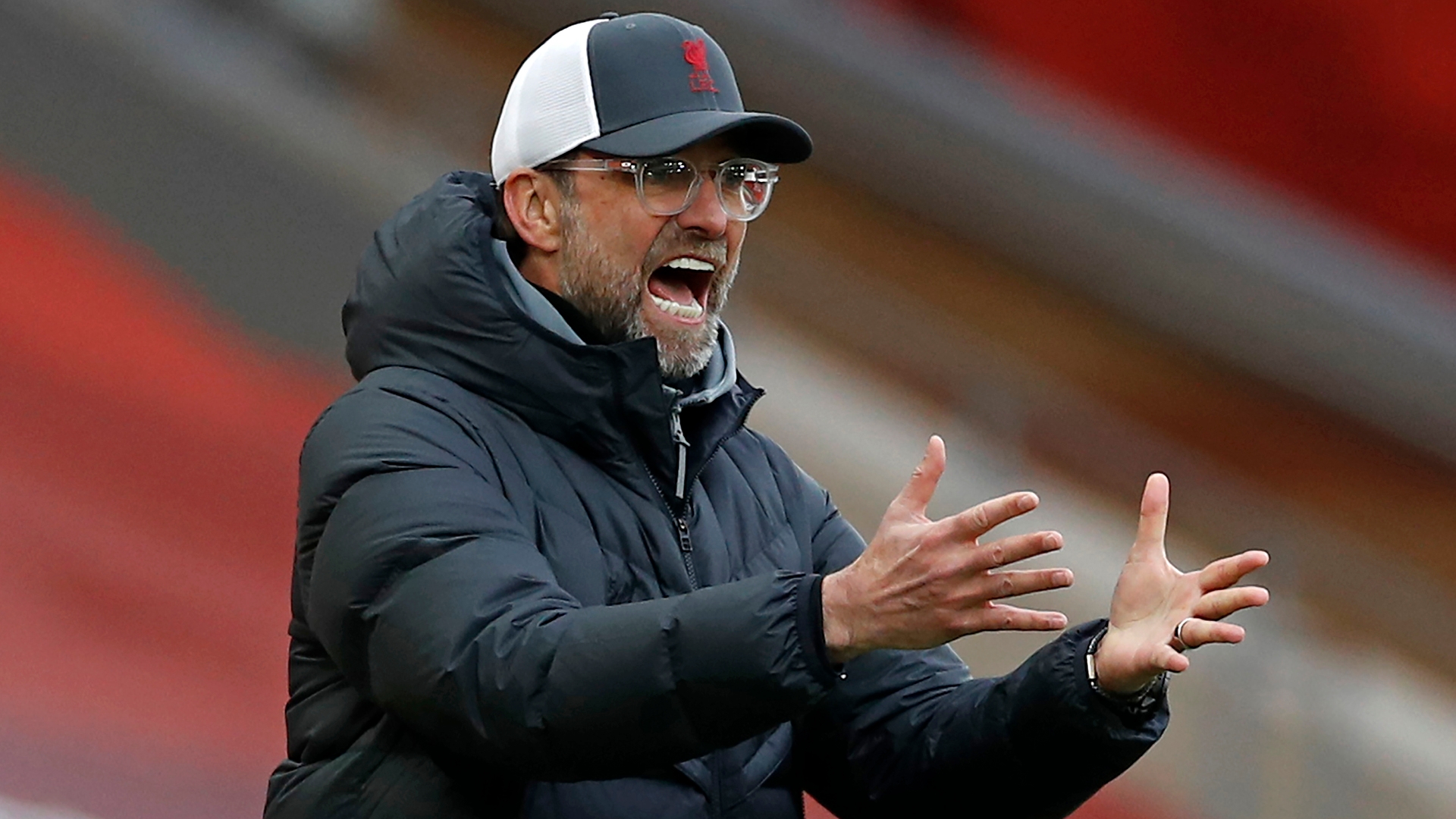 The Reds boss does not think his side will qualify for Europe through the league, but there are other sides who will be worse affected by missing out

Liverpool have made "insane" and "slapstick" mistakes this season which mean it is "almost impossible" for them to finish in the Premier League top four, says Jurgen Klopp.

The Reds soared to a first English league title in 30 years last season but have stumbled badly in defending their crown in 2020-21, meaning they are at serious risk of not qualifying for the Champions League next year.

Klopp has rued errors made by his players at both ends of the pitch, and says the strengths of the teams ahead of them - as well as a series of injuries suffered by his own key men - mean he is pessimistic about Liverpool's chances of sitting at European football's top table in 2021-22.

Speaking to Lothar Matthaus, who was guest editing German newspaper SportBild, Klopp said: “The opponent usually doesn’t need a lot of chances against us because we make big mistakes, insane ones that can almost be described as slapstick.

"On the other hand, we create a lot of chances, in the 'expected goals' we are still second behind Manchester City in the Premier League, but far from them in the ones we actually scored. This problem has been going on throughout the season.”

On qualifying for next season’s Champions League via the league, rather than winning the competition, Klopp added: “I like to be an optimist, but in the league it is almost impossible to qualify in the competition for the places that we have.

"At Tottenham, Gareth Bale is now playing again, and they are also in the running. Plus City and Manchester United, who are far away. Chelsea is on the rise. Reaching Champions League qualification through the league will be difficult, we know that. You don’t usually win the Champions League itself in a year with injury worries as big as we have, you know that, Lothar.”

What would missing out on the Champions League mean to Liverpool?

The Reds are sixth in the Premier League at the moment, five points behind Chelsea, who currently occupy the final Champions League qualification slot.

They do, however, have the option of qualifying by winning this year's competition, and are in the quarter-finals after easing past RB Leipzig 4-0 on aggregate in the round of 16. Liverpool will find out their next opponents in the draw on Friday.

Asked what damage missing out on the Champions League might do to Liverpool, Klopp said they would be hit in football terms and financially - but feels it would be a lot worse for other clubs.

He said: “It would mean a huge financial loss. Otherwise not that much. I am aware: in almost all football clubs in the world, I would be questioned in a situation like our current one. This is completely normal, reality, the business. I would accept that immediately, but it’s different here in Liverpool.

"Our owners, the sports director, even the players: nobody doubts anyone here. We have accepted the situation for ourselves and fight our way through it.