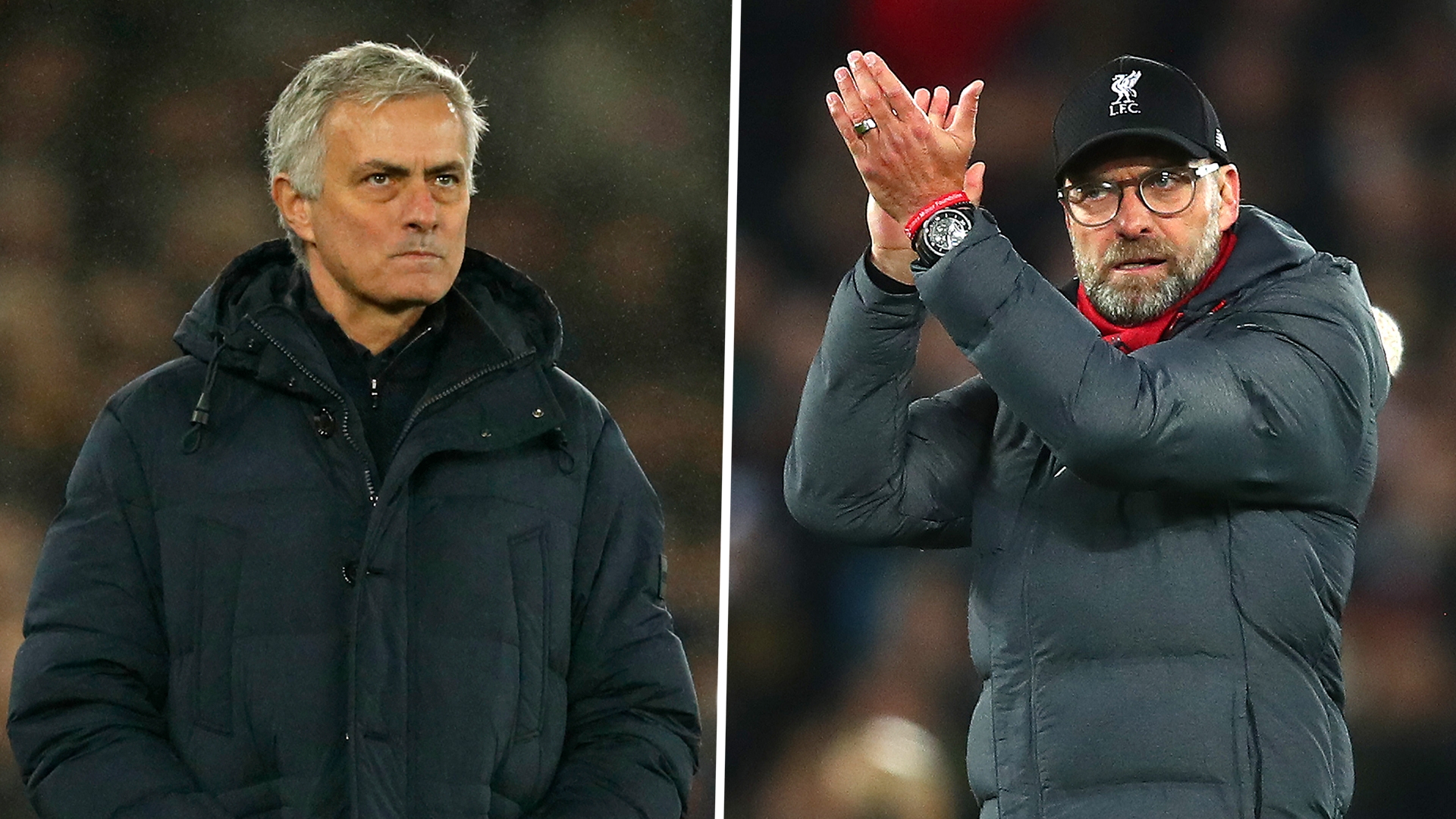 Jurgen Klopp admits Liverpool will face one of the world’s best counter-attacking teams when they take on Tottenham in their top-of-the-table clash.

The Reds head into Wednesday’s meeting knowing victory would take them to the top of the Premier League.

But they will face a stern test against Jose Mourinho’s side, who are unbeaten in 11 league games and started this week at the summit of the table.

Klopp’s respect for Spurs was clear in his pre-match press conference. He described the north Londoners as “a complete package”, and warned his team they will need to be ready for one of the toughest games of the season.

“I don’t struggle with confidence before games,” Klopp told reporters. “I’m really positive about my boys. I don’t overestimate the last game or anything else, I know there is always a proper chance to win the next one.

“Tottenham has the quality of the top teams, and when they have the ball they show that. But on top of that they defend like a top team, and at the moment have probably the best counter-attacking movements out there. They have a lot of situations where they needed only three passes to be one-on-one with the goalie.

“They are a proper package in the moment, and that’s what we know. But that doesn’t cost me confidence when I think about my team.”

Wednesday will mark exactly two years since Mourinho’s last visit to Anfield as a manager – a 3-1 defeat with Manchester United which saw him sacked two days later.

It had been suggested at the time that the Portuguese’s time as an elite manager might have been over, but Spurs’ form this season suggests otherwise.

“I don’t think you can compare the last game of Man United with how his team plays now,” Klopp said. “From a confidence level, that’s completely different.

“With the very long time Jose Mourinho has been successful in the football business, he played pretty much all different systems, and a lot of different styles. As a coach, you always have to adapt to the quality you have, and mix it up with the idea you have. That’s one of the best skills of Jose.

“I respect that a lot. But did he reinvent himself? I don’t know. It looks a little bit like it when you see him on Instagram! But apart from that, he’s just so experienced and smart that he knows what he has to do.

“In the beginning he asked for time, and obviously it paid off.”

Klopp added: “We don’t play each other. It’s not one-on-one, Jose against Jurgen. All teams get our respect.

“It’s nothing to do with his legacy or the few things I won in my life. It’s two good teams, playing against each other. That’s my main focus.

“I never saw Jose for a while, except on social media, so I am looking forward to that. Apart from that it’s business as usual.”