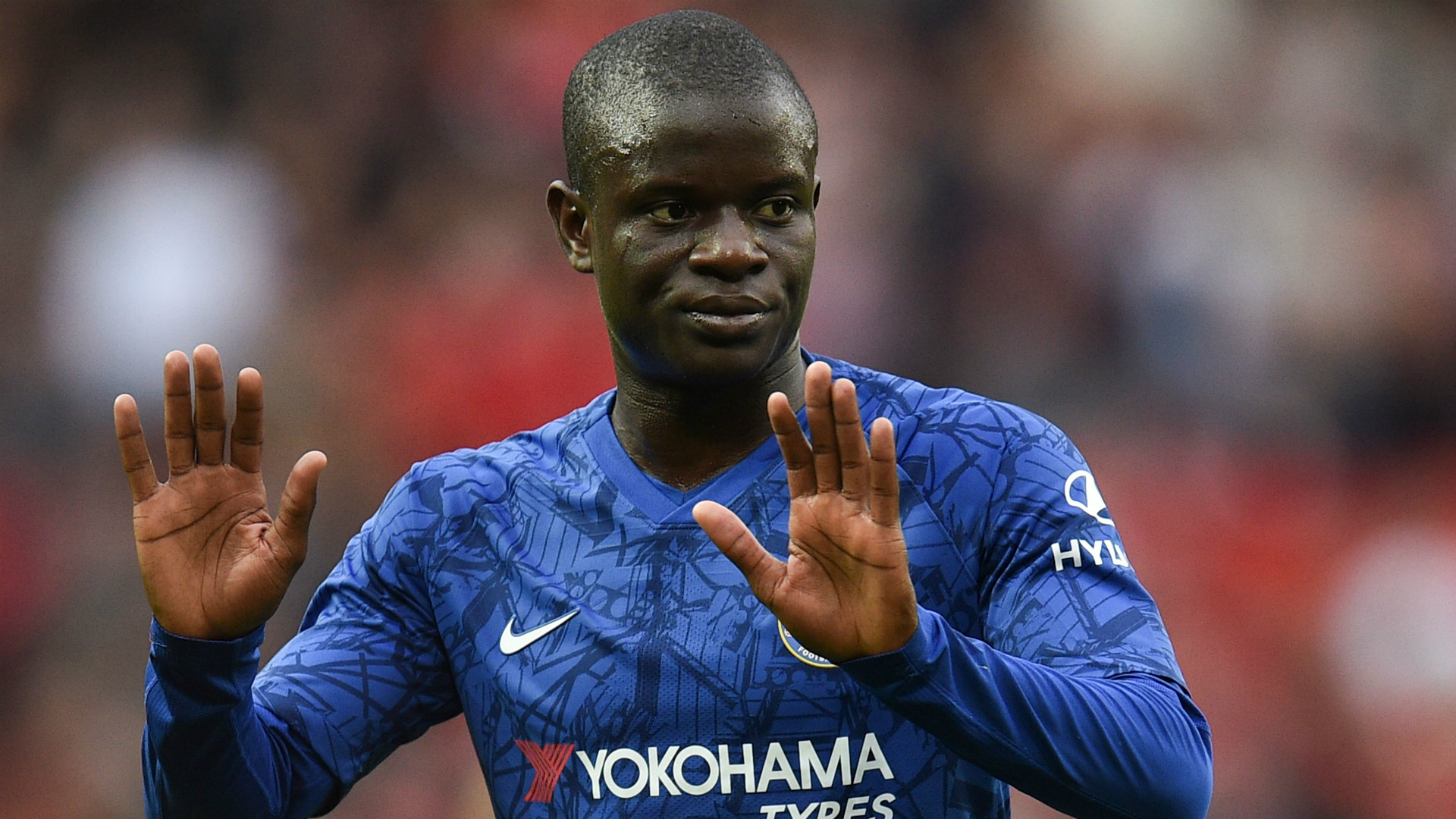 The Blues are due to face Liverpool in a European showpiece on Wednesday, but may be forced to challenge for silverware without a World Cup winner

N’Golo Kante has delivered an untimely injury scare for Chelsea, with Frank Lampard revealing that the midfielder is nursing another knock.

The Blues are due to be in action on Wednesday when they take on Premier League rivals Liverpool in the UEFA Super Cup.

It could be that they go in pursuit of major silverware without the services of a World Cup winner available to them.

Kante suffered with hamstring and knee problems towards the end of the 2018-19 campaign, with a calculated risk taken on him in the Europa League final.

He was not seen again throughout pre-season and was only named on the bench for a season opener against Manchester United on Sunday.

Lampard introduced the France international during a 4-0 defeat, but has now reported a fresh setback for the 28-year-old.

The Chelsea boss told reporters ahead of a meeting with Liverpool in Istanbul when quizzed on whether he plans to name a more experienced side than he did at Old Trafford: “Kante was purely [on the bench] because he had an injury. I am very aware of how important he is.

“He picked up another small injury in the game, so we are assessing that.

“I pick the best team to win the game, regardless of age. [Mason] Mount deserves his chance on merit, I won’t fear to play young players.

“In terms of how we set up, I really liked some of our aggressive off-the-ball work. We have to be adaptable and respect the strengths of our opponents.

“There may be subtle changes of our approach.”

Lampard reiterated that Kante is a doubt to face Liverpool when offering an update on his other walking wounded.

Brazil international forward Willian and Antonio Rudiger are expected to be involved in some capacity against the Reds, but neither is ready to step back into Chelsea’s starting XI.

Lampard added: “Kante has a small injury and I will make a decision with that with him.

“Willian and Rudiger are here and they are in different stages.

“Willian is not far from fit, to put him in a high intensity match is tough. He will be working through this week on fitness. Tomorrow he will be on the bench. Similarly with Rudiger.”