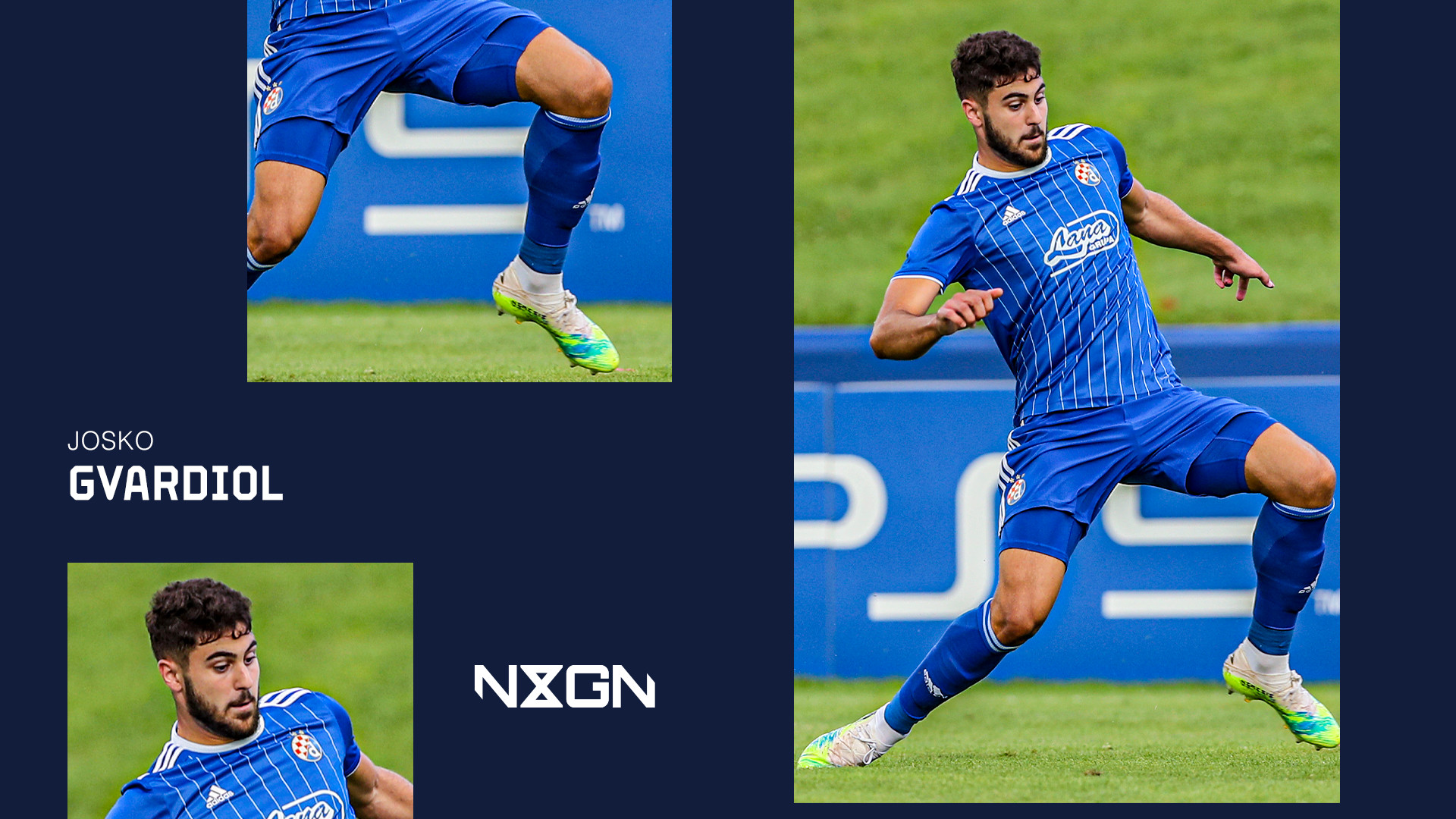 With the majority of top-level clubs acting cautiously in the transfer market amid the financial insecurity caused by the coronavirus pandemic, fees for even the most established of players have been relatively low this summer.

So, when a teenager with only a handful of senior appearances is being talked about as a potential €20 million-player, then there is clearly something special about the individual in question.

That is certainly the case when it comes to Josko Gvardiol.

The 18-year-old defender completed a move to RB Leipzig on Monday after a summer in which he was linked with Bayern Munich and Leeds United – despite signing a new five-year contract with Dinamo Zagreb in June.

Leipzig, though, won the race for his signature after agreeing a deal with Dinamo that could rise to €19m (£17.5m/$22m) if certain performance-based targets are met.

"He has it all. If he goes to Germany, he can play at the top level," Dinamo manager Zoran Mamic told  Scouted Football  in a recent interview. "For example, they play with three centre-backs because they play 3-5-2 in Germany. He can play that system.

"He makes things which aren't easy look easy. It's natural. We will never be able to see him play for Dinamo at his best. It is impossible. He is the type of talent that is impossible to keep a secret.

"For me, he has the ability to be one of the world's best defenders."

Born in Zagreb, Gvardiol's footballing education began with lower-league side NK Tresnjevka, whom he joined at the age of the six. He would spend only two years with them, however, as Dinamo enrolled him into their famed academy system in 2010.

Though he preferred playing basketball as a youth, Gvardiol soon realised his true talents lay in football, with his physicality and ability on the ball allowing him to seamlessly climb through the ranks at Croatia's most successful club.

The likes of Luka Modric, Mateo Kovacic and Dani Olmo have passed through Dinamo's academy in recent years, and Gvardiol showed more than enough as a schoolboy to suggest he will be spoken about in similar terms as his more high-profile predecessors.

"Many players were destined to become great players. Except maybe Kovacic, I can't remember the player where it was more obvious than with Josko," Mamic recalled. "Even Modric had to go out on loan before getting his chance.

"With Josko, no one said he should go on loan. Only Kovacic and him at the age of 16 were ready for the first team."

Gvardiol was first included in Dinamo's first-team squad at the start of the 2018-19 season, with the then-17-year-old named on the bench for the first four games of the campaign despite never having kicked a ball for the club's 'B' team, who play in Croatia's second division.

He eventually dropped down to gain some experience of playing senior football, but after just three appearances in the second tier Gvardiol was promoted back to the first team, for whom he made his debut in October 2019 as a late substitute against HNK Gorica.

Nicknamed 'Pep' by his team-mates thanks to the similarities between his surname and the Manchester City manager, Gvardiol marked just his third first-team appearance and first start with the winning goal in a 1-0 win over Inter Zapresic in early November, though he would not be named in the starting XI again until the return fixture three months later.

By that time, he was being linked with the likes of Real Madrid, Juventus, Chelsea, Inter and Man City after a fine run of performances in the UEFA Youth League. Consequently, Dinamo had little choice but to offer him more first-team opportunities.

Gvardiol started eight of the club's final 14 league matches last season either side of lockdown as they won a record 21st domestic title, and has been a regular in the line-up at the start of the new campaign despite missing the opening three matches as Dinamo's U19s completed their Youth League campaign in Switzerland.

The Croats were eliminated from the competition at the quarter-final stages, with Gvardiol playing at left-back as he showed off the versatility which has marked him out as one of Europe's hottest defensive prospects.

"I started as a left-back, but the coaches noticed that I could be a central defender," he told Sportske Novosti in 2019 when discussing his best position. "Although at the beginning I didn't really agree with that decision, in the end it turned out well.

"I also played as a defensive midfielder, but I definitely prefer the centre-back position, definitely. At first, I wasn't for it, but now it's where I am best."

Gvardiol openly admits to idolising Virgil van Dijk and Mamic is of the opinion that his teenage charge – who has developed a reputation as an expert penalty taker as well as a fine defender – will be spoken about in similar tones when he eventually reaches his full potential.

"He is totally a modern centre-back," he said. "His defensive skills, like one-on-one and aerial abilities, are amazing.

"There are centre-backs with those kind of qualities, but the things that make him different from the others and better is the fact that he can play. He wants to play. His playmaking abilities are amazing. He's left footed, which is always a very nice thing in football.

"He is fast, so even if he makes a mistake, he can make it back. He pushes the line forward which is important for us here because we are dominating most of the games and playing possession-based football.

"He pushes the line to the centre of the pitch without problem; he knows he can catch the player. He is amazingly athletic.

"His physical strength is top. I hope he continues like this and there's absolutely no reason to think otherwise because his mental strength and the way he thinks – it's like he is 28 not 18.

"I don't think there's a better centre-back at his age in the world."

If that proves to be the case, then Leipzig have got a very special player on their hands.

Despite that agreement having been rubber-stamped, Gvardiol will remain with his boyhood club for the remainder of the season after his reluctance to leave Dinamo right away was cited as one of the reasons for why he rejected Leeds' advances despite them offering the opportunity to learn under Marcelo Bielsa.

Instead, he will form part of Julian Nagelsmann's squad from the start of the 2021-22 campaign as he looks to become the latest teenage wonderkid to make their name in Germany's top flight.