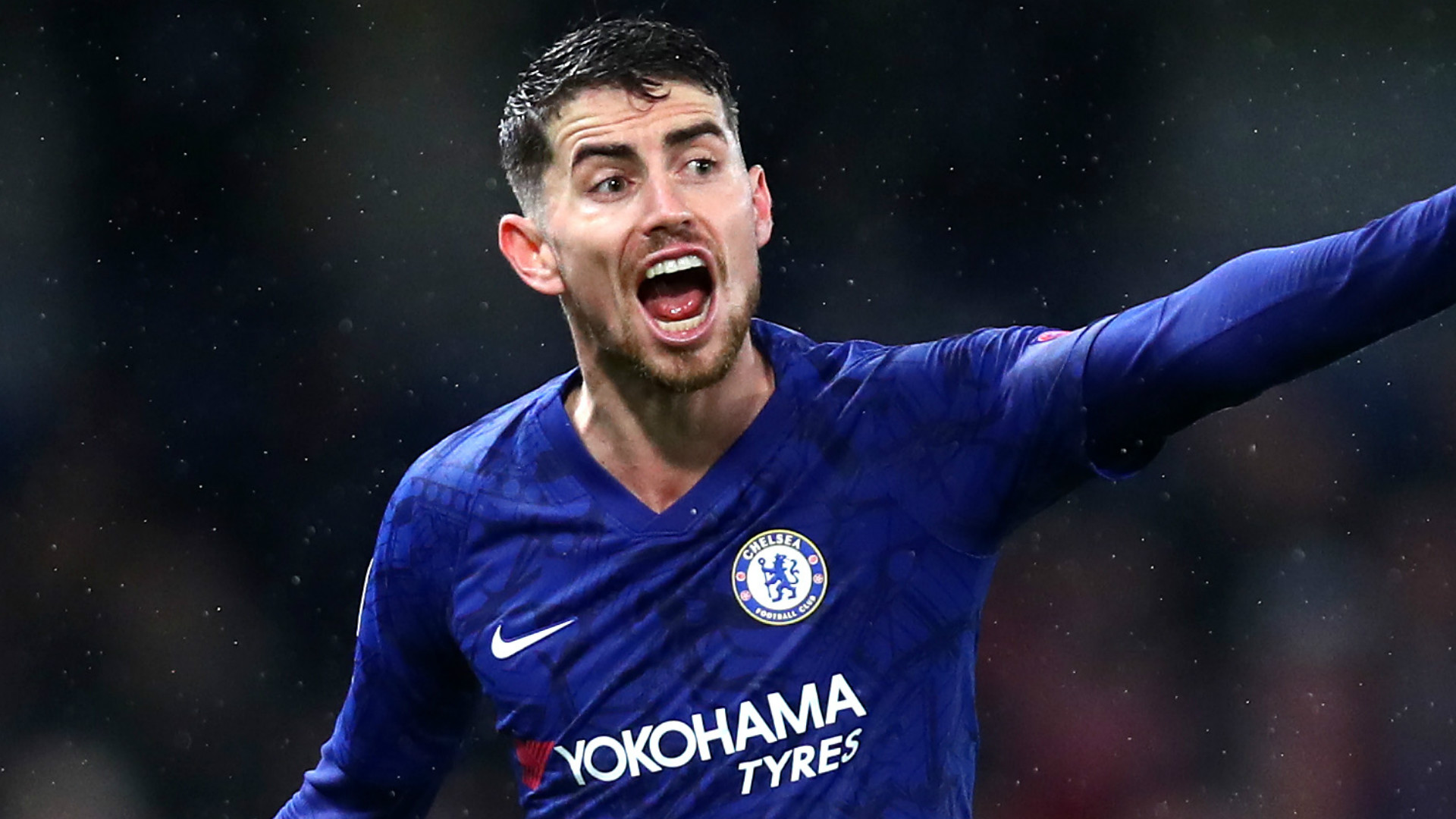 Jorginho's agent Joao Santos has claimed that "two top European clubs" have been in contact over the Chelsea midfielder's availability.

Chelsea lured Jorginho to Stamford Bridge from Napoli in a £57 million ($70m) deal back in 2018, beating reigning Premier League champions Manchester City to his signature in the process.

Jorginho arrived in England with a sterling reputation as a technical master capable of dictating the pace of games from a deep-lying position, but failed to live up to expectations during his first full season with Chelsea.

Sarri made his way back to Italy after receiving an offer from Juventus, and Jorginho's future was initially called into question when Frank Lampard inherited the managerial reigns ahead of the 2019-20 campaign.

The Italy international has since defied his critics to emerge as a key member of Lampard's starting XI, racking up 32 starts across all competitions this campaign.

Jorginho's current contract at the Bridge is not due to expire until 2023, but talk of a possible return to Italy continues to follow him despite his impressive form in a Chelsea shirt over the past year.

A possible reunion with Sarri at Juventus has been mooted, however, Santos insists that the only clubs to have made an approach for Jorginho in 2020 have been from outside of Serie A.

The Chelsea star's agent told Radio Musica Television: “If you ask me if Sarri likes Jorginho, I’d say ‘yes’ due to their history.

“I can’t say anything about the transfer market as I’m not in touch with anyone right now.

“Jorginho still has three years left on his contract and is doing well at Chelsea, but if a big enough offer comes in then a deal could go through.

“In this sense, two top European clubs, not Italian ones, contacted me.”

Jorginho is currently preparing for the resumption of the Premier League season with the rest of the Chelsea squad, as 'project restart' begins to gather momentum in England.

Top-flight officials agreed on a provisional restart date of June 17 on Thursday, subject to all safety requirements being met over the next couple of weeks.

Chelsea sat fourth in the standings before the coronavirus outbreak stopped play in March, and will look to fight off competition from fifth-place Manchester United for the final Champions League spot when the action gets back underway.