They’d been waiting impatiently for the announcement. They knew what was going to happen. Clauss didn’t, though. He didn’t dare dream that he might receive a call-up.

Even when his name was mentioned, and his delighted team-mates lined up to congratulate him, he still couldn’t quite believe him.

It’s easy to understand why. After all, just five years ago he was distributing flyers for a living; becoming a professional footballer seemed ludicrous.

Now, though, he is going to play alongside world champions. If a feel-good fairy tale is still possible in modern football, then this is it.

Clauss climbed the ladder slowly, proving something to himself with each step.

In the beginning, after getting discarded from Strasbourg academy at the age of 17 for being too weak and thin, Clauss was heartbroken, and the fact that his parents got divorced at the very same time didn't help in the slightest.

He didn’t believe there was a future for him in the pro ranks, so he decided to just continue playing for fun at amateur level, while studying sport science and taking on a number of jobs, including packing sausages at a butcher's shop and doing night shifts at a postal sorting centre.

He was eventually picked up by German sixth division outfit but Clauss’ self-belief remained deeply affected by his Strasbourg rejection.

“The physical impact scared me. I had problems with big guys coming at me at a crazy speed. As a result, I was timid in certain matches.”

There was another thing holding him back: the professional lifestyle didn't interest him at all.

Clauss liked to party. He often went to the pub the night before a game and more often than not came late for training sessions – that even became his trademark, as coaches cynically complimented him if he happened to arrive on time.

His bosses invariably still liked him because of his footballing qualities and positive attitude, though. Clauss was mainly responsible for music and good atmosphere in the dressing room. He might be from the German-influenced Alsace region, but a Brazilian at heart, as choosing the nickname Djoninho would suggest.

It is also a nod towards Lyon's legendary dead ball maestro Juninho, as Clauss loved to take free kicks himself.

He was also technically superior to his team-mates in several areas and Linx manager was so impressed with his natural ability that he even arranged him trials at Hoffenheim, but the full-back was 22 at the time, and the Bundesliga outfit considered him to be way too old to invest in.

Something started to change in 2015 when Clauss signed for fifth division Raon-l'Etape, where he came in contact with Bruno Paterno, a strict, old-school coach who tried and partially succeeded to curb Clauss’ off-field activity.

In addition, he was lucky to face St Etienne in the French Cup, playing against a Ligue 1 team for the first time at the age of 23, and even scoring a nice goal with his head.

The underdogs lost on penalties, but 120 decent minutes against top opponents attracted scouts, and Clauss was signed by third division Avranches in 2016.

There, fate arranged for him not one but three exciting French Cup fixtures.

For starters, he scored an astonishingly good goal against Laval, and his name was mentioned across the country for the first time.

Then, Avranches managed to beat Strasbourg on penalties, in a very emotional personal revenge.

Finally, he got the chance to face the superstars of Paris Saint-Germain, on a truly surreal occasion for a guy who used to sort packages.

Coincidentally, Christopher Nkunku, who was also called up for the first time by Deschamps last week, was one of his opponents that night.

On the back of his obvious improvement and undoubted potential, Clauss signed for Quevilly Rouen, newly promoted to Ligue 2 in 2017, signing his first professional contract at the age of 24.

The team was relegated, but he was one of the best performers in the division, and decided to leave in order to continue the progress. That was easier said than done, though.

The summer of 2018 proved to be dramatic in the extreme. Clauss' agents claimed that Serie B side Verona were interested in him, but that proved to be wrong.

Arminia Bielefeld considered signing him, but eventually preferred a much more experienced Swiss defender Cedric Brunner. Then, the strange option in Belarus came by.

Dinamo Brest, who had just bizarrely appointed Diego Maradona as their new chairman, called, because their new coach Aleksey Shplivesky's father worked as an agent in Germany and heard about Clauss.

The negotiations went smoothly, and the possibility of meeting Maradona appealed to the Frenchman, but the deal fell through because Shpilevsky abruptly left following a fight with the board.

That is when Clauss decided to give up. He came back to his mother, told her that he had quit football and refused to answer phone calls.

When finally persuaded to pick up the phone, he heard amazing news. Brunner got injured, and Bielefeld wanted him after all.

It turned out that missing out on Belarus was a huge slice of luck, and Clauss made his debut in the German second division at Hamburg. 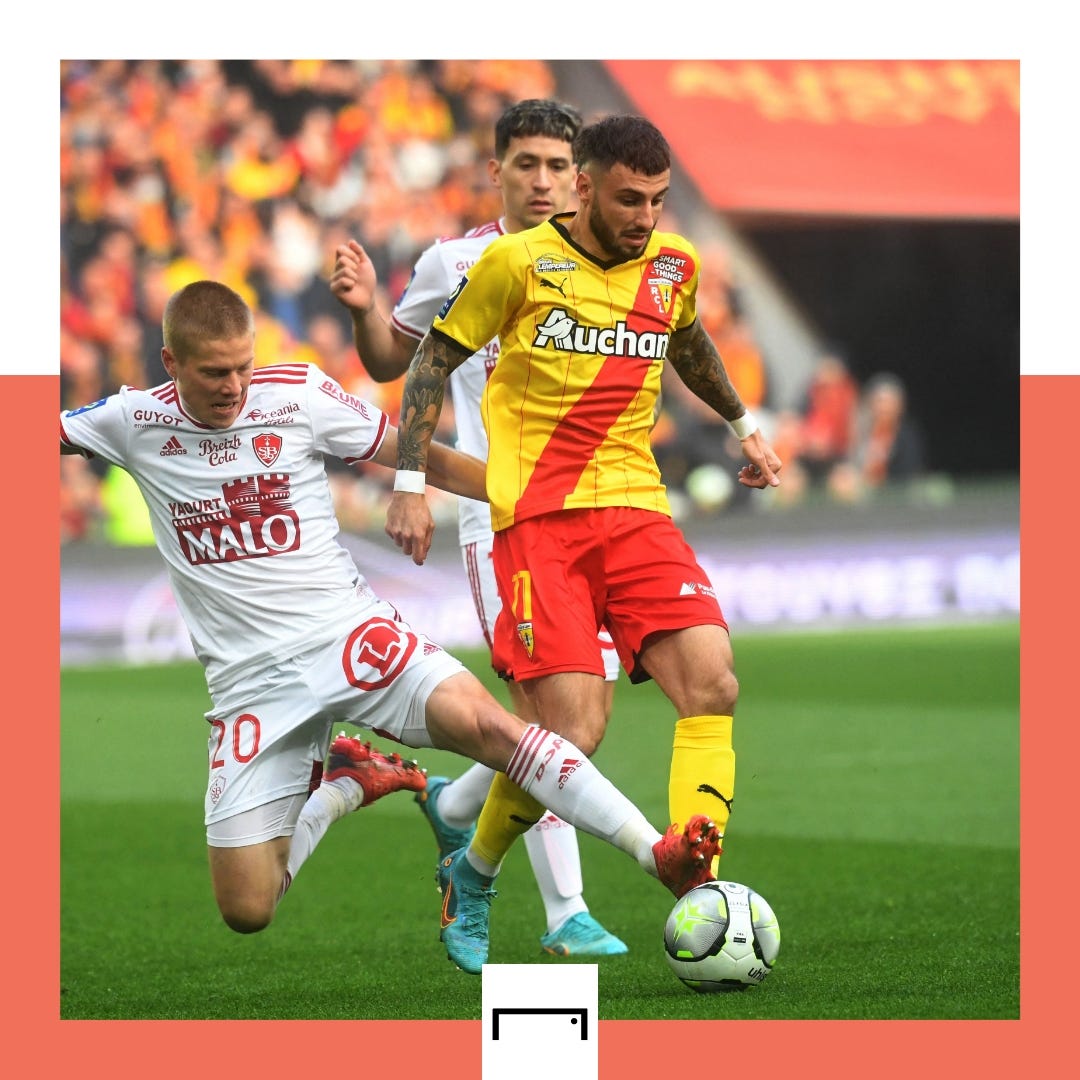 That is where the rise became much faster. Clauss' first season at Bielefeld was decent, but the second was superb, as he helped them to promotion.

After his contract ended, he moved to Lens on a free transfer in 2020, and finally – at the age of 28 – played in the top flight for the first time in his life.

Soon, he was one of the best performers in Ligue 1 in his position. Disciplined, quick, technically sound, and extremely attack-minded like his idol Dani Alves – Clauss took the division by storm.

He is not afraid of tackles anymore, but believes that the higher level of partners and opponents makes life easier.

"Paradoxically, I had more apprehension when I played at a lower level. The lower divisions seem to me more complicated to approach," he says.

Not long after his belated arrival in Ligue 1, a hashtag was invented, demanding he be called up by the national team.

The #ClaussEnEDF campaign lasted almost a year, but the player himself refused to take part in it, or even pay it much attention. He was more amused by it than anything else.

"We obviously want him to play for France, but he doesn't believe it. He says it's not for him," his mother said.

Well, it turns out that it is for him. When Clauss makes his national team debut, every amateur footballer around the world will identify with him.

How many of them could be top stars but wasted their potential? We will never know. But Clauss is evidence that anything is possible with a bit of luck and the right attitude.