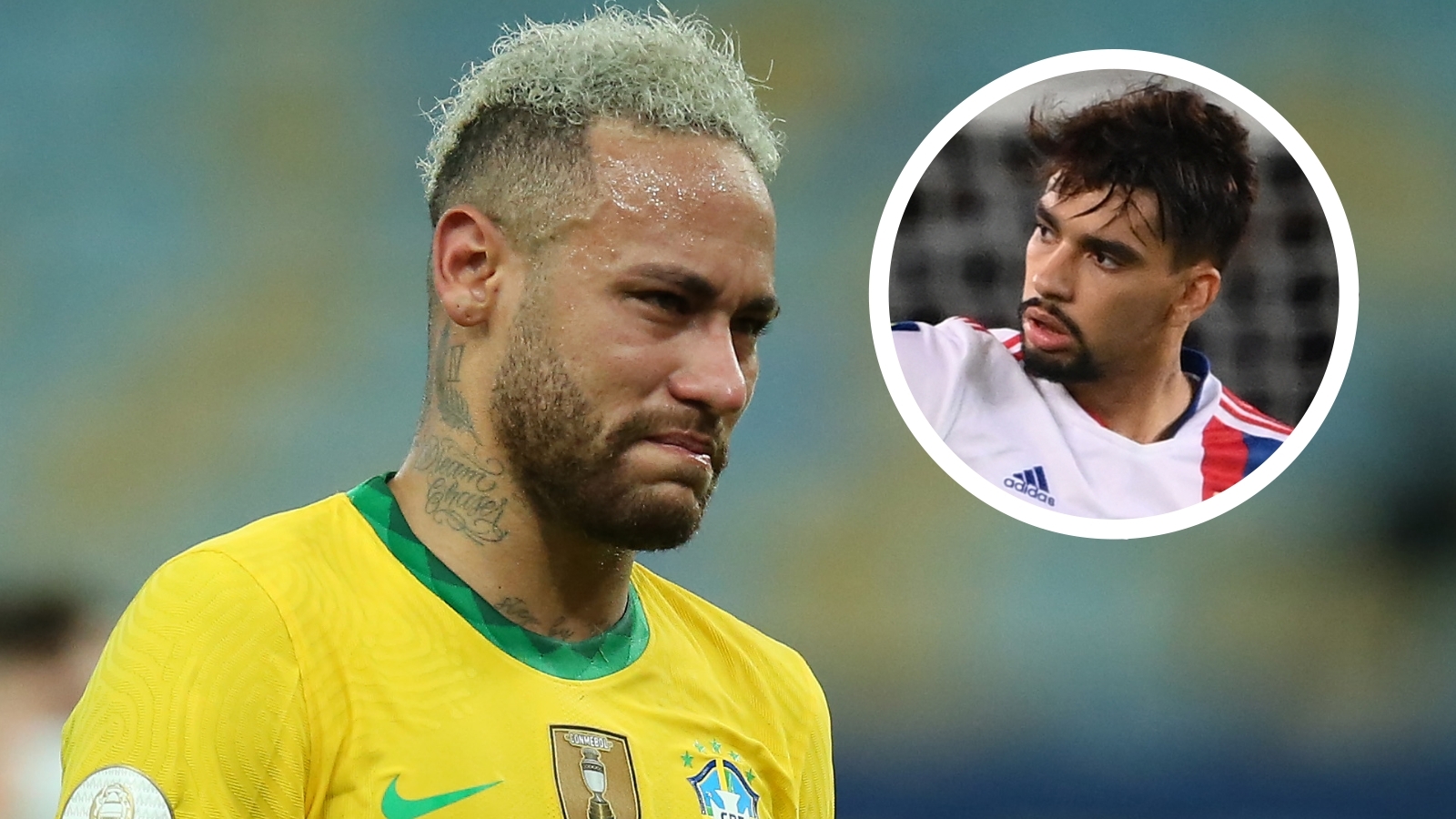 Neymar has expressed his sadness at seeing Brazil international team-mate Lucas Paqueta pick up a booking for an attempted rainbow flick, with the Paris Saint-Germain superstar claiming "Joga Bonito is over".

A South American nation with five World Cup wins to its name has always embraced the "beautiful game" mentality, with football as much about entertaining for them as it is winning.

Paqueta did, however, ruffle the feathers of Ligue 1 rivals Troyes and match referee Stephanie Frappart during his latest domestic outing, with a yellow card flashed in his direction after opening up a box of tricks.

What did Paqueta do?

Paqueta, who has 23 caps for Brazil, had already been on target in a 3-1 win for Lyon on Wednesday when he decided to have a bit of fun in stoppage time.

His antics did not go down well, though, with his opponents or the match officials, and he was left baffled when going into the book.

How did Neymar respond?

Neymar, another Samba star currently plying his trade in Ligue 1, caught up on the action in Lyon after helping PSG to a dramatic 2-1 win over Metz.

He was left disappointed at the actions of Frappart and posted on social media: "This episode is very, very sad, receiving a yellow card for a dribble.

"The technical gesture is a solution, no matter where it takes place and no matter what minute it is performed.

"The same thing happened to me last season. This year, it's happened to Paqueta. Honestly, I don't understand the reasons. The famous 'Joga Bonito' is over. Enjoy while it lasts."

Neymar was booked by Jerome Brisard in February after trying the same move in PSG's 5-0 victory over Montpellier.

He confronted officials in the tunnel at half-time and posted on Instagram afterwards: "I just play football."