The 18-year-old Borussia Dortmund and England winger tops Goal's 50-strong list of the best players in the world born on or after January 1, 2000

Jadon Sancho has been unveiled as the winner of the 2019 NxGn, beating Vinicius Junior to the award for football's top teenage talent.

The Borussia Dortmund attacker has had a remarkable 12 months, with his exploits in the Bundesliga having propelled him into the England starting line-up at just 18 years of age.

Vinicius Junior was also set to make his international bow at senior level this week after being called by Brazil for their friendlies against Panama and Czech Republic but the Real Madrid sensation was forced to withdraw through injury.

Still, the 18-year-old looks destined to become a Selecao regular having made an incredible start to his career at the Santiago Bernabeu, with his scintillating displays showing just why the Blancos were willing to pay €45 million (£39m/$51m) for his services when he was still only 16.

However, Sancho finished just ahead of his fellow winger in our countdown of the 50 best players in the world born on or after January 1, 2000 – just two months after becoming the youngest player in history to score eight Bundesliga goals.

In claiming the NxGn prize, which is decided by editors and journalists across Goal’s 42 editions, Sancho succeeds Roma starlet Justin Kluivert and AC Milan’s Gianluigi Donnarumma, who won the award in 2018 and 2017, respectively.

Chelsea star Callum Hudson-Odoi claimed third place in our annual list, just reward for his thrilling showings in the Europa League, which prompted a £35m ($46.4m) bid from Bayern Munich for his services in January.

Phil Foden comes next, which means that three of the top four won the Under-17 World Cup with England in 2017.

There are seven members of Steve Cooper's triumphant squad on our list in total, with Morgan Gibbs-White (10th), Ryan Sessegnon (11th), Rhian Brewster (31st) and Emile Smith Rowe (32nd) also included, underlining why many believe the Three Lions have another 'Golden Generation' on their hands. 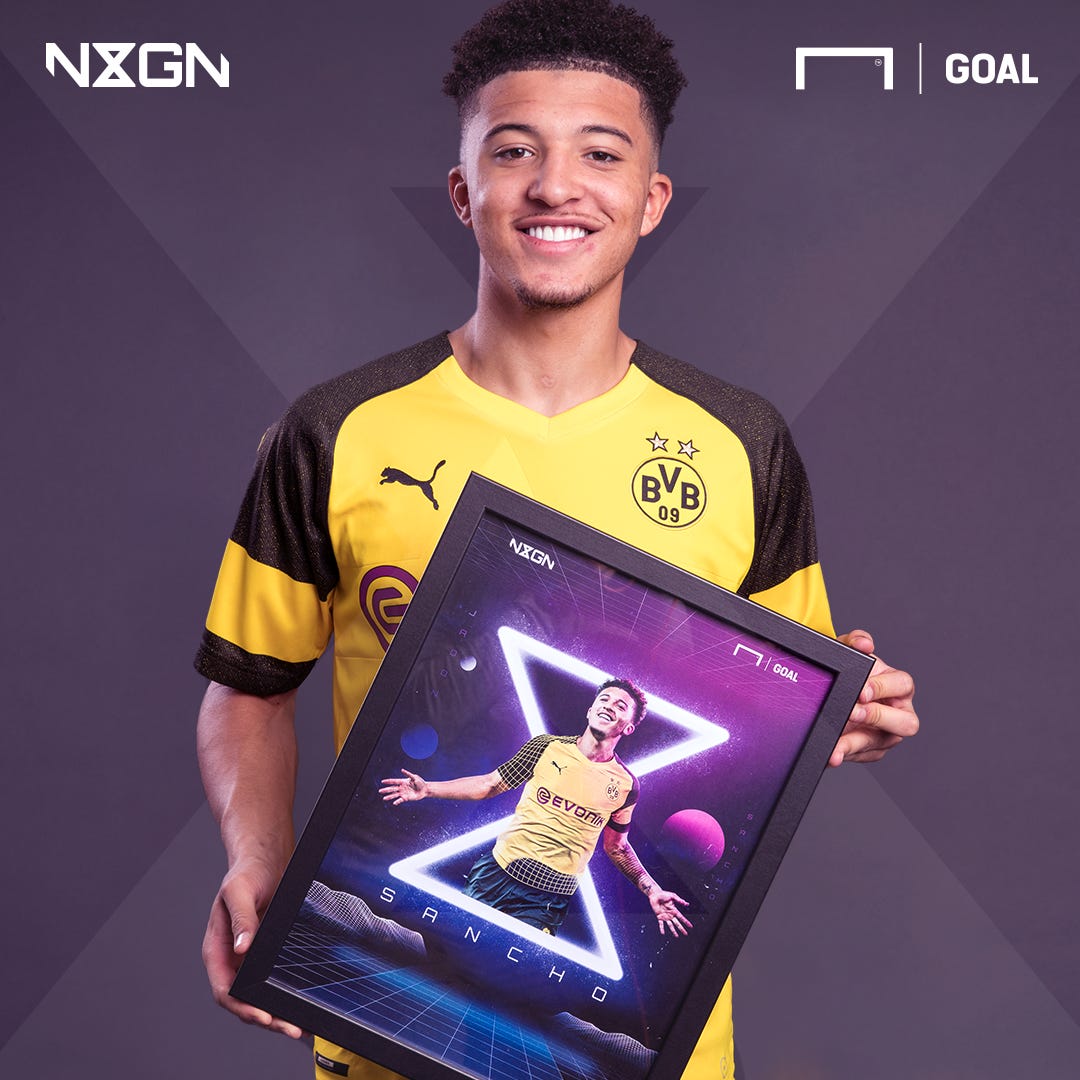 The future is looking bright for Brazil too, though, as Santos' Real Madrid-bound forward Rodrygo ranks fifth, just three places below compatriot Vinicius.

Sixth place goes to Alphonso Davies, the "rough diamond" that Bayern Munich boss Niko Kovac was so happy to see join the Bavarians from the Vancouver Whitecaps in January for $22m (£17m).

Sandro Tonali in seventh spot hasn't made a big move yet but Italy's top clubs are queueing up to sign the Brescia playmaker who has, unsurprisingly, been labelled as the ‘new Andrea Pirlo'.

'The Mexican Messi', meanwhile, has just joined the Argentine one in La Liga, with eighth-placed Diego Lainez having been snapped up by Betis during the winter window at a cost of €14m (£12.2m/$15.8m).

Moise Kean, who ranked ninth, is still at Juventus and that's because big things are expected of the forward, who made his Italy debut last November.

Elsewhere, the highest-ranked defender is the versatile Chelsea and Wales centre-back Ethan Ampadu, who can also play in front of the back four.

The top goalkeeper, finally, is Gabriel Brazao, who has just joined Parma from Cruzeiro with a view to a summer switch to Serie A giants Inter.

Our overall winner, though, is Sancho, who, at just 18, is already well on his way to becoming an international superstar.