'It's not his fault!' - Vermaelen defends Hazard amid injury struggles & claims he will get back to his best 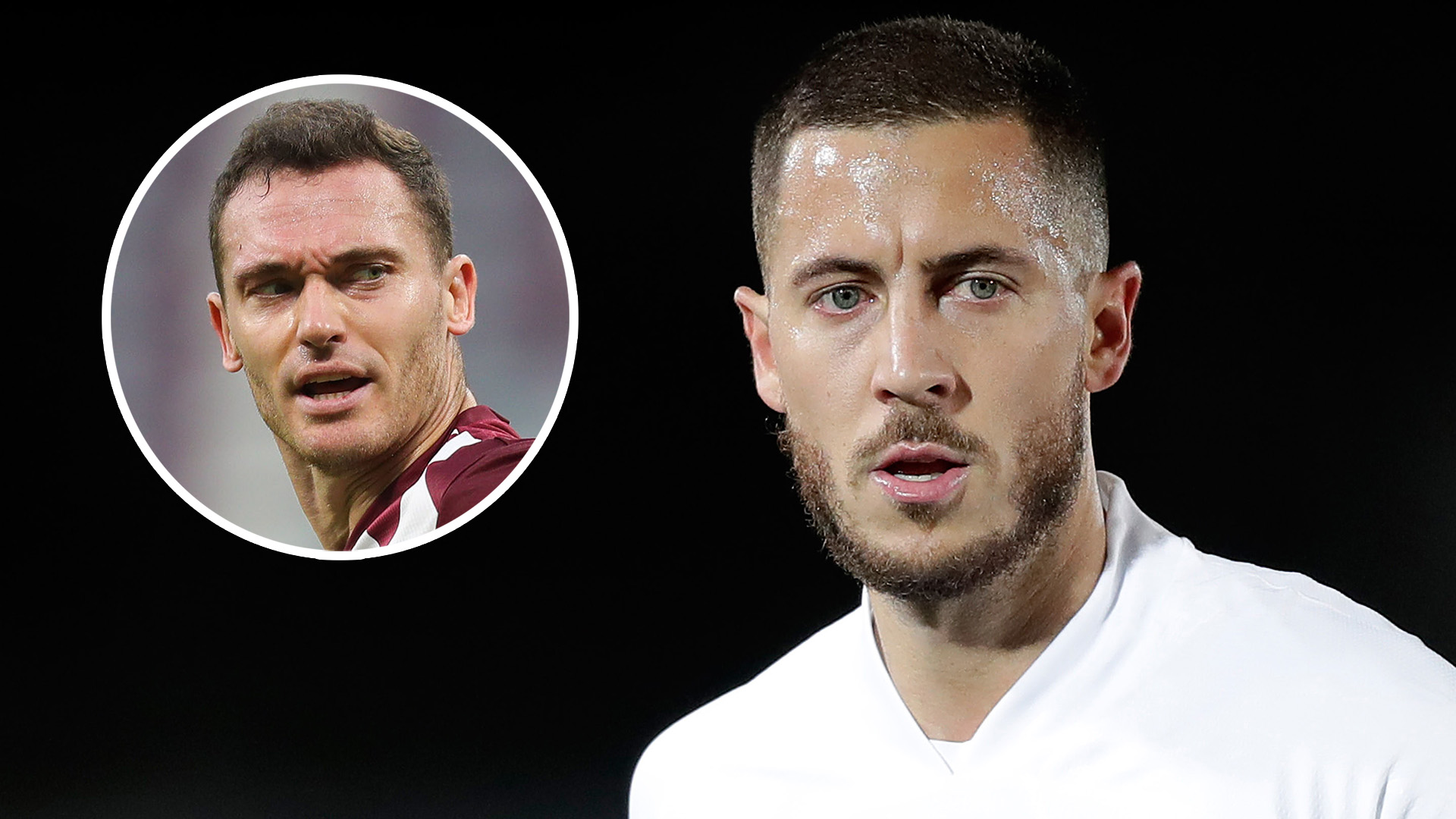 Thomas Vermaelen has jumped to the defence of Real Madrid star Eden Hazard and insisted he will come back to the top of his game despite his recent injury setbacks.

The Belgium international has failed to live up to expectations following his dream move to Madrid from Chelsea back in 2019, with fitness issues having hampered his ability to impress for Zinedine Zidane's side.

Hazard has played just 19 league matches since joining the Liga champions, scoring two goals, and is currently unavailable for selection after suffering a muscle injury in the 2-1 defeat to Alaves on November 28.

The 29-year-old's international team-mate Vermaelen is sure he will soon hit top form, however, and defended Hazard against accusations that he is injury prone.

"Firstly, everybody is very quick to say that he's got an injury - that he's injury-prone and that kind of stuff. I think he had a knock on his ankle and that's not his fault. It must be a muscle injury. I don't think it's too bad," Vermaelen told Goal.

"For me personally he's a world-class player. I played against him in England. He will come back. He's very positive. When he comes back and starts playing the game you'll see the best of him. I'm not worried about him. He'll come back."

Madrid's Liga rivals Barcelona, meanwhile, have been struggling for consistency in the 2020-21 campaign and find themselves in ninth place in the table, while they were also hammered 3-0 by Juventus in the Champions League on Tuesday night.

The future of Lionel Messi remains a big question mark, with the Argentine, whose contract expires in 2021, exclusively revealing to Goal that he had asked to leave only to be blocked from doing so.

Vermaelen, who now plays for Vissel Kobe in Japan, spent five years in Spain with Barca and is convinced that they will recover, insisting that it's not easy to be the best season after season.

He said: "For me it's just about the team. They have had some problems financially as well. Barcelona are always a good team. Everyone is expecting Barcelona to be at the top of the club game every season which is so difficult. Sometimes it goes like that (Barca struggling).

"Eventually, Barcelona will come back to the top. At the moment, maybe it will be difficult because of the situation the club is in."