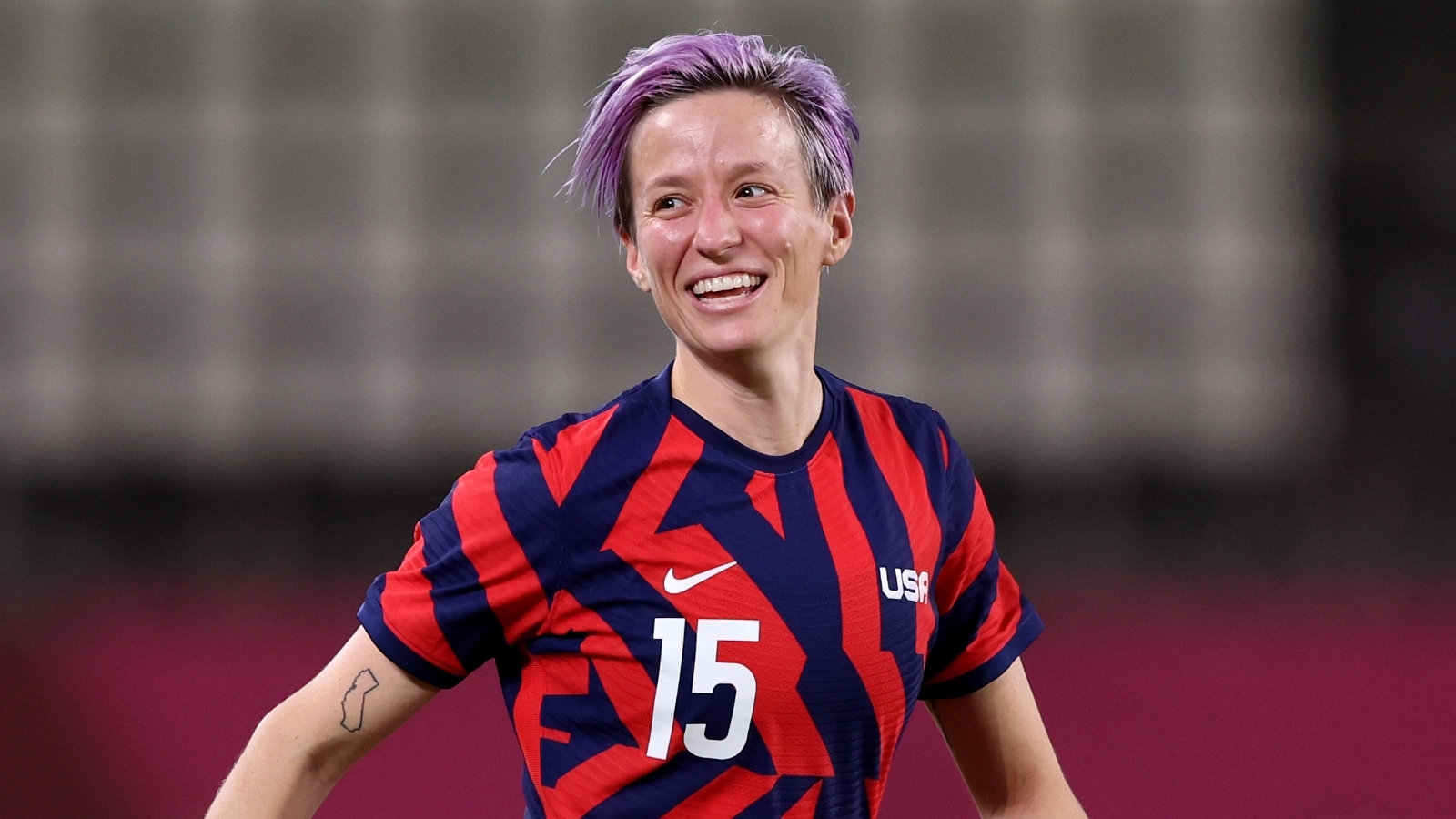 The U.S. women's national team star also reflected on the team's tournament at Tokyo 2020, after a disappointing couple of weeks in Japan

The forward scored twice as the U.S. beat Australia 4-3 to clinch third place at the Games, the team able to go home with a medal despite a disappointing campaign, having won just two of their six matches in 90 minutes.

The 36-year-old is now among a few players whose futures are a hot topic, with 39-year-old Carli Lloyd also asked after the match whether she plans to retire.

What has Rapinoe said?

Speaking to reporters after Thursday's game, Rapinoe was asked whether she has plans to be at the 2023 Women's World Cup in Australia and New Zealand.

"I haven't really thought about it yet to be honest, in detail. I don't really know," she said. "I mean, of course, I think I would love to. I feel like I never want to stop playing.

"It's just such a joy and a privilege to be able to play for this team all over the world and compete in the Olympics and World Cups. But I have to really actually take time to think about it and see where we're at.

"Oftentimes, we don't have to struggle when we play games. We struggle in training and struggle in the league, but a lot of our national team games are very enjoyable for us. So this is always a revealing process and one that I really enjoy and love. Whether it's good or bad, it's always going to be hard to step away from this team."

Asked if she would discuss retirement plans with her partner, Sue Bird, who is a professional basketball player for the Seattle Storm in the WNBA, Rapinoe said: "We'll definitely have [that discussion] together for sure. I think it'll be a separate decision.

"I would love to know her thought process through it all. I'm like: 'Can you tell me what to do? When do you know it's time? When do you not know it's time?' We'll definitely have it together. But, yeah, I think it'll be something that we just need to decide.

Rapinoe also reflected on the tournament in Japan, where the U.S. underwhelmed and underperformed before putting on a much-improved performance to beat Australia and win the bronze medal.

"I felt like we just had a good vibe going into [this] game," she said. "We've done, as you can imagine, lots of talking in meetings and hashing it all out and doing the autopsy. But I feel like we just got to a good place and it was like: ‘Well, we're either gonna come out and play great or play sh*tty. So we might as well just be a little bit more free, trust in ourselves, trust in each other'."

Asked if she thought the line-ups needed to be more consistent throughout the tournament, the winger dismissed the idea of that being the problem.

"I don't think it was that, to be honest," she said. "We can say we should have kept a more consistent line-up, and then everyone's dragging themselves around out there. We do have a little bit older of a team. I mean, I know personally I was f*cking tired at 63 minutes whenever I [was subbed] out at, so I couldn't have played all those minutes.

"I feel like it's dangerous when you can bring the type of people that we have off the bench, I don't think that was the issue. It wasn't that we couldn't find rhythm, we just didn't have our juice and making simple mistakes and maybe overthinking it a little bit.

"Getting beaten like we did in the first game [vs Sweden], I don't know if confidence is lost, it's kind of a tricky thing. But you can see it can change just like that. We played much better today. I'm just so happy for everyone. I feel like we got to end on a good note. Only two teams really get to do that, end with a win, so I'm just so proud of this group."